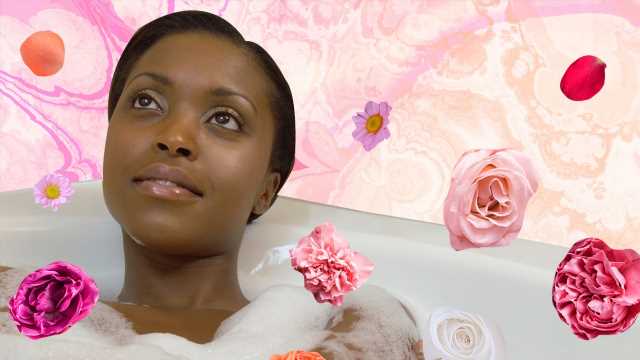 "I love water. I love praying into the water before I get to a bath, or even just to take a shower," says Juju Bae, a Hoodoo and Ifa practitioner who speaks about Black traditional religions on her podcast, A Little Juju. "Even if I'm not always putting all the good juju in the water, water in itself is holy. Water itself can hold your intention."

In many Black spiritual practices that predate colonial interactions, there has long been a reverence for water and cleansing. These rituals and concepts have been preserved and transported to the Americas and beyond as a byproduct of the Trans-Atlantic Slave trade. They can be found in everything from African Traditional Religions and their descendants, such as Ifa and Black American Hoodoo, to the cultural syncretism embedded in Black expressions of Abrahamic religions.

"Water has no enemy," says Juju Bae. "It cleanses us physically, it cleanses us spiritually." She emphasizes that in many African Traditional Religions, water is venerated and viewed as a life source. In the West, she notes, that reverence for nature isn't typically quite as significant. This has a distinct effect on Black people's contemporary relationship to water and its multifaceted uses. And in recent months, an aversion to water, soap, or any kind of hygienic tool or practice has been brought to the forefront of our cultural discourse.

A phenomenon that can only be aptly described as the "hygiene culture wars" has recently taken hold of digital media. Celebrities have openly shared their bathing regimens, often without waiting for anyone to ask them about it; from Ashton Kutcher and Mila Kunis disclosing their reluctance to clean their children if they aren't visibly soiled to Jake Gyllenhaal asserting that he deems bathing to be less necessary as "we naturally clean ourselves." 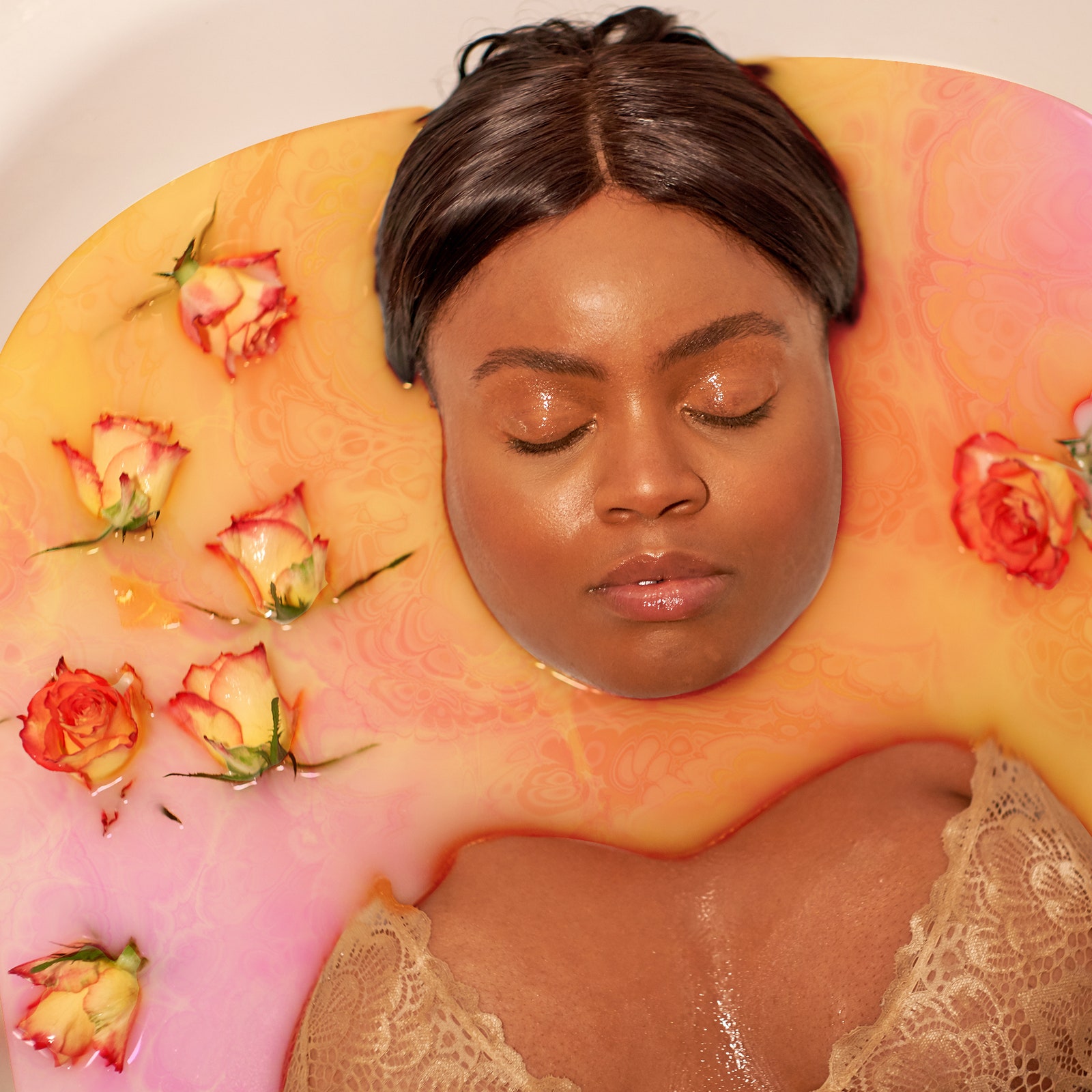 Most folks who take the "less is more" approach to bathing insist that their infrequent washing adheres to contemporary medical guidance from dermatologists. (For what it's worth, dermatologists Allure has spoken to say showering once — or even twice — a day is generally just fine for your skin.) Predictably, the reaction to these revelations was overwhelming, with folks on social media rushing to share their own perspectives on cleanliness and hygienic practices. Unsurprisingly, much of Black Twitter expressed distaste over such blasé routines.

Whether or not someone's hygiene habits are considered acceptable has more to do with power and class than the medical legitimacy of their routines. The so-called elite have a history of viewing the lower classes (in which Black people are overrepresented) as filthy and undesirable, no matter how many times they bathe per day. As physician James Hamblin, who is white and went viral for his disclosure that he had stopped showering, put it: "One of the main reasons I've been able to go so long without using [shampoo and deodorant] is because of the privilege of my position in American society. To the degree that these standards are culturally determined, I am coming from the group that has created these norms."

Digital discourse notwithstanding, containing the concept of cleansing in relation to whiteness and wealth is extremely limiting in scope and context, despite the comical levels of disgust expressed by Black people and other POC in the Twitterverse. For many Black people, especially those who follow the practices and rituals of African Traditional Religions, hygiene is both a physical and spiritual requirement.

Physically, this appreciation of water can extend to a variety of regular rituals such as spiritual baths. "People are into cleansing their homes, smoking out their homes with sage, palo santo, and incense," says Iya Osundara Ogunsina, a priestess also known as Bruja Banton on social media. "You can use a spiritual bath to also cleanse your body; I think the body gets neglected."

Both Juju Bae and Iya Osundara stress that the creation and use of spiritual baths as a cleansing ritual is not restricted to adherents of any specific traditional religious practices. "[Spiritual baths] can actually just be [taken in] regular water that you pray over," Juju Bae says, adding that you can also infuse the water with herbs and other ingredients to amplify whatever intention you have for the bath. Similar to Iya Osundara, Juju Bae also takes spiritual baths frequently. 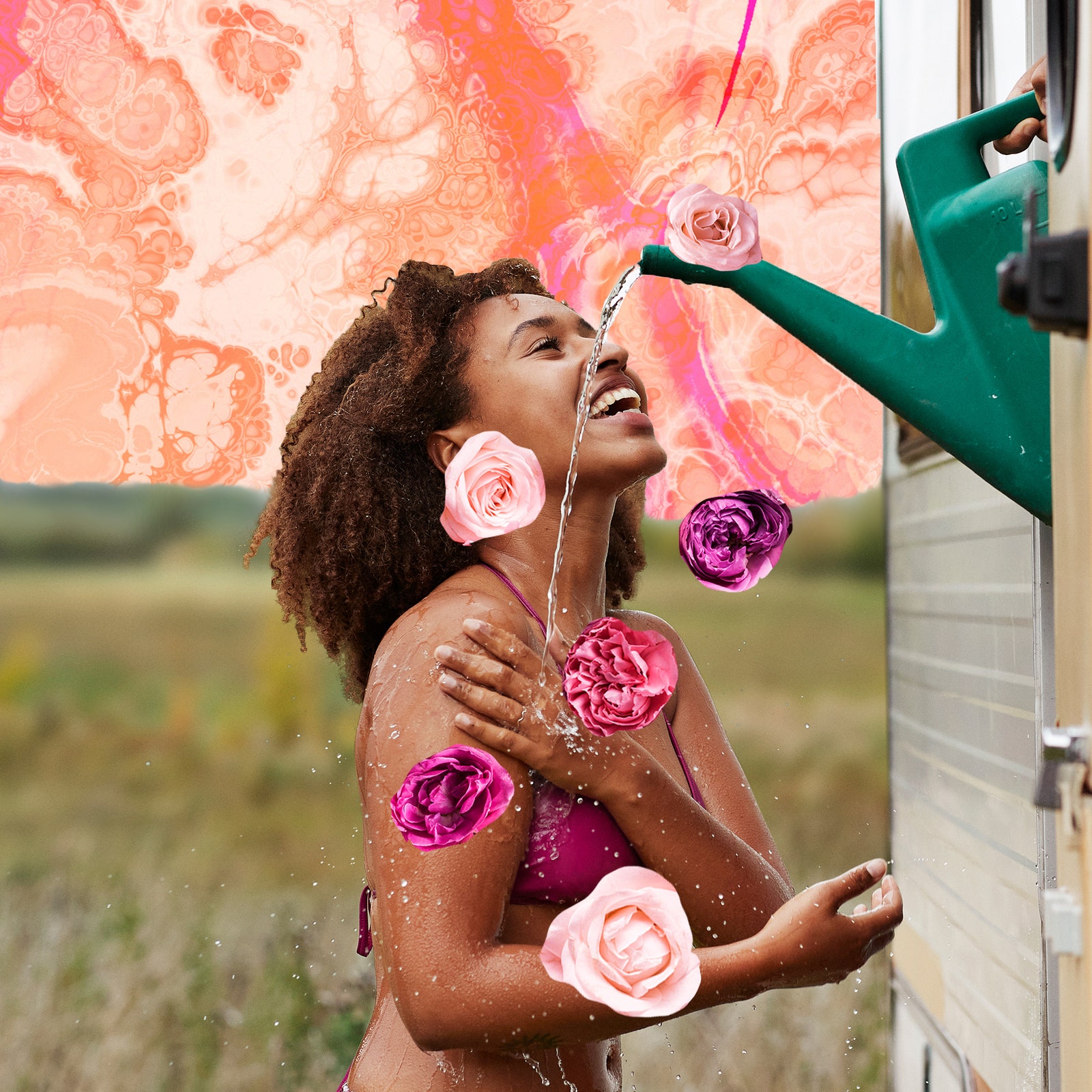 The ritual of placing intentions into the water as a cleansing step is also reflected in a variety of expressions of Abrahamic religion. In many traditional Baptist sects, including majority Black congregations in the American South, baptism isn't historically perceived as merely a sprinkling of water on someone's forehead, but a full submersion in a body of water such as a river to cleanse one of their sins. "I know some old-school churches that still take people out to lakes, ponds, rivers, and oceans, dunking them fully in the all-whites," Juju Bae emphasizes.

This also extends to classical African-American spirituals, which are frequently infused with significant references to water and its power. The familiar lyrics to "Wade In the Water," for example, are enmeshed with multiple subtle references to water as a cleansing and liberating space, not just biblically, but as a cue for slaves to communicate with each other as they sought an escape to freedom. Take the line, "God's gonna trouble the water." As Howard Thurman, former dean of the chapel at Howard University expresses in his book Deep River and the Negro Spiritual Speaks of Life and Death, "For [the slaves] the 'troubled waters' meant the ups and downs, the vicissitudes of life. Within the context of the 'troubled' waters of life, there are healing waters, because God is in the midst of the turmoil." The song is a heuristic that has persisted throughout the centuries as a means of survival and a search for mercy.

As a diviner and Olorisa (a priestess of the Orisa practice) initiated to Osun, Iya Osundara sells spiritual baths at her website, Iyalode's corner, providing her community with a variety of spiritual aids to promote cleansing, protection, prosperity, and clarity. "[Spiritual cleansing is] something that my (spiritual) Godmother has taught us to do as a way to just keep up your own hygiene practice," Osundara says. Since her initiation into Osun in 2019, she takes a spiritual bath every week.

These themes are also represented in one of the defining moments of contemporary Black pop culture: Beyoncé's visual album Lemonade, released in 2016. Water is a powerful supporting character, whose presence is infused throughout the project. At the beginning of the film, Beyoncé is submerged in water and grief. A few minutes later, she triumphantly opens the door to a cathedral in a beaming yellow dress, water rushing onto the front steps in her stead, later smashing a hydrant and luxuriating in its bursting wells of hydration. 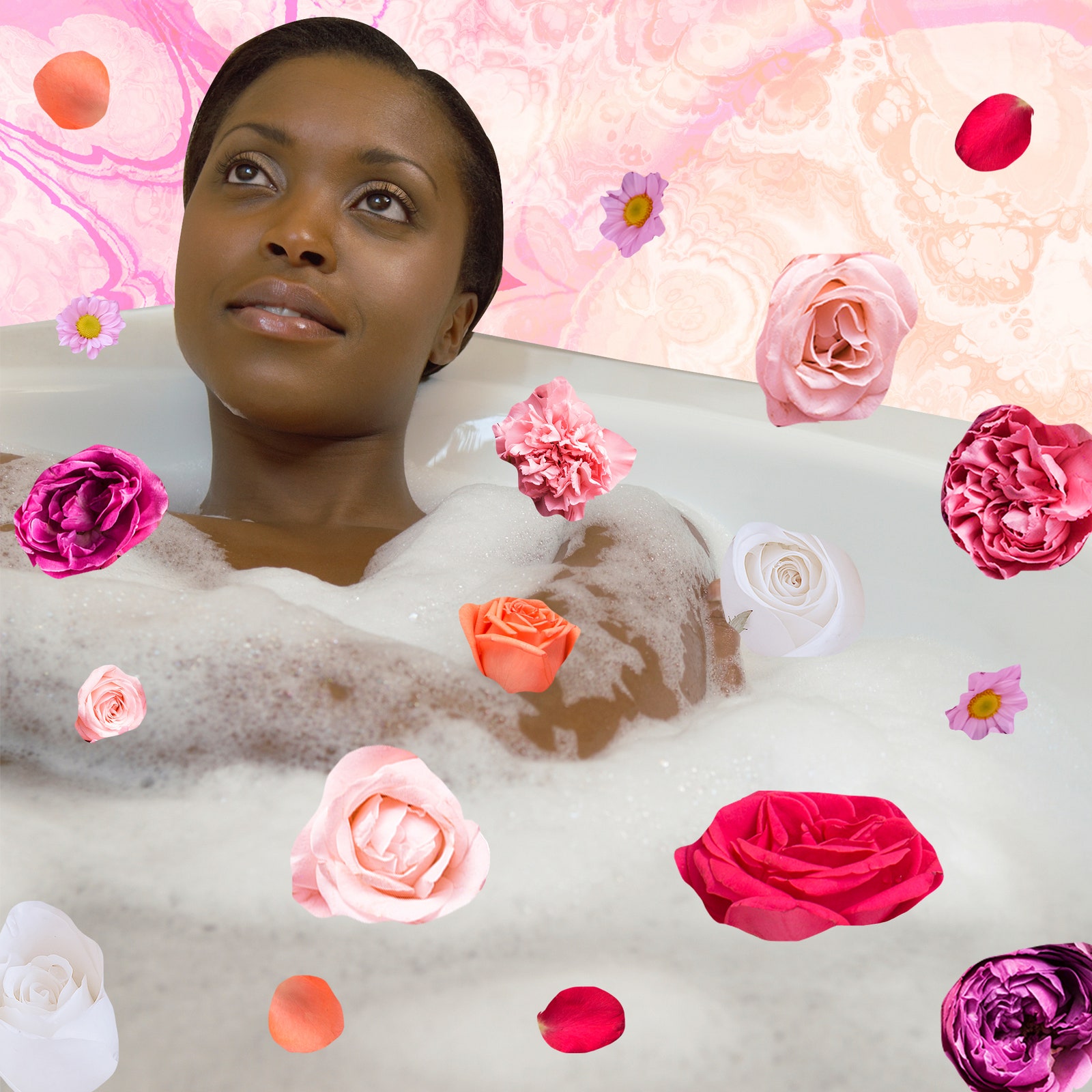 The contemporary conversation over cleansing is essential to parsing out the many ways in which white supremacy affects our interactions. At a more comprehensive level, however, the acknowledgment of the essentiality of water is not restricted to a performance or a rebuttal to stereotypes associated with Black and other nonwhite communities. Water, for many, expresses spiritual decontamination, salvation, self-care, and survival. It is the ultimate life force that compels consistent acknowledgment and consumption, both internally and externally. Hygiene has been intertwined with Black traditions even in the direst of circumstances, and that anchored reverence is a genetic imprint that no pop culture trend can divorce us from.