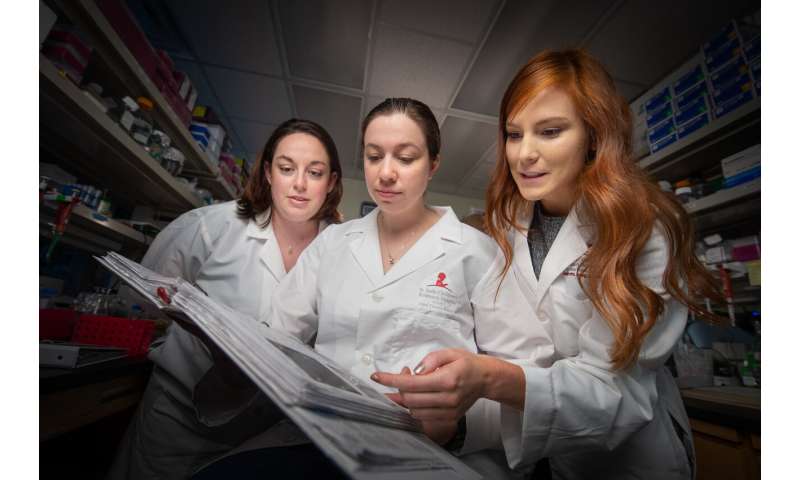 Like pirates on a treasure hunt, St. Jude Children’s Research Hospital scientists have created the first 3-D map of a mouse genome and used it to discover scientific gold. The gold includes insight from machine learning into genomic organization and function during development. The research appears today in the journal Neuron.

“Understanding the way cells organize their genomes during development will help us to understand their ability to respond to stress, injury and disease,” said Michael Dyer, Ph.D., chair of the St. Jude Department of Developmental Neurobiology and Howard Hughes Medical Institute investigator. He and Xiang Chen, Ph.D., assistant member of the St. Jude Department of Computational Biology, are the corresponding authors.

The research focused on light-sensing rod cells in the mouse retina. More than 8,000 genes are turned on or off during retinal development. Thousands of regulatory regions across the genome also play a role. Researchers used technology called ultra-deep chromosome conformation capture or Hi-C analysis to map those interactions in mouse rod cells.

Previously, 3-D genomics has focused primarily on understanding regulation of specific genes and worked with cells growing in the laboratory.

Using integrated analysis of data from a variety of sources and machine learning, investigators showed genomic organization changed in surprising ways at different stages of development. “These changes are not random, but part of the developmental program of cells,” Dyer said.

Dyer and his colleagues have used the same approach to create a 3-D genomic map of the mouse cerebellum, a brain structure where medulloblastoma can develop. Medulloblastoma is the most common malignant pediatric brain tumor.

The human genome is encoded in the 3 billion chemical bases of human DNA. Since the first human genome was completely sequenced in 2003, researchers have used the technology to identify and study inherited or acquired genomic alterations that lead to cancer and other diseases.

Stretched its entire length, DNA from a single human cell measures about 6 feet long. To function, the DNA is packaged into a microscopic bundle that fits into the nucleus of cells. The resulting DNA loops can bring together otherwise distant regions of the genome. Key details, including a 3-D map of loops and the interactions they fostered, were largely a mystery.

The current study captured long-distance interactions between promoters (DNA regions that promote gene expression) and enhancers (regions that increase gene expression) at different stages of retinal development. Researchers also tracked changes in genome organization during development. That included the first use of machine learning to gauge how easily accessible genes are for transcription. Chen led the machine-learning effort.

The research also included the first report of a powerful regulator of gene expression, a super enhancer, that worked in a specific cell at a specific stage of development. The finding is important because super enhancers can be hijacked in developmental cancers of the brain and other organs.

Researchers developed a genetic mouse model of the defect that scientists are using to study neural circuits in the retina.