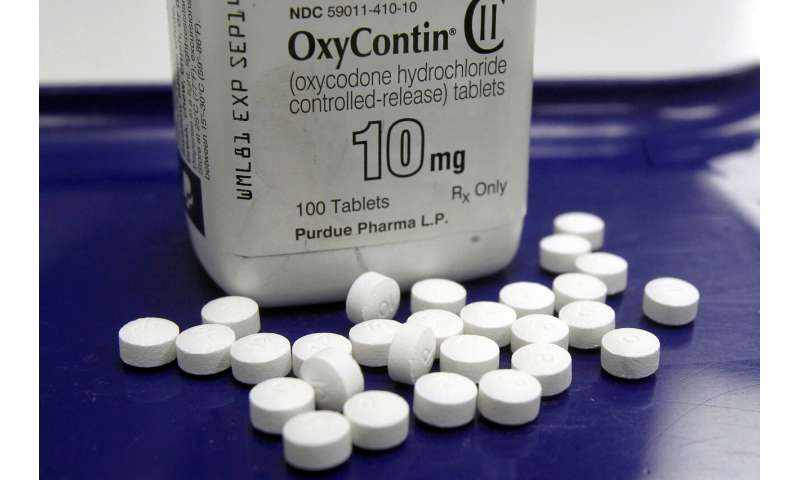 A settlement being pursued by the maker of OxyContin aims to resolve all claims against the company filed in both state and federal courts and provides a formula for dividing a pot of money reaching into the billions, The Associated Press has learned.

States and local governments would split the settlement cash following formulas that have already been developed, according to a person familiar with the talks but not authorized to discuss them publicly. The formulas consider the number of people who misuse opioids, overdose deaths and other factors.

As an example, Cabell County, West Virginia, a hard hit part of Appalachia, and the local governments in it would get a total of $975,000 for every $1 billion under the formula; Philadelphia would receive $6.5 million. And for each $1 billion, lawyers would be paid $100 million with $150 million available to communities for costs they have incurred beyond the factors used in the formula.

The attorneys general who are negotiating the deal do not have the authority to enter into settlements for other states, the source said. Once a deal is reached, there would be a process for each state to sign on—and that could lead to adjustments.

Purdue wants any settlement to apply to the nearly 2,000 lawsuits in federal court and the hundreds of other local government and state lawsuits filed in state courts. The settlement talks stem from the federal lawsuits, which are being overseen by a judge in U.S. District Court in Cleveland.

Under that proposal, Purdue Pharma would file for Chapter 11 bankruptcy and transform itself into a “public benefit trust corporation,” with all profits from drug sales and other proceeds going to the plaintiffs, news reports said, citing a document outlining the tentative agreement.

The AP’s source said Purdue had pitched the idea of declaring bankruptcy and being operated as a public trust months ago.

The Wall Street Journal said the arrangement would stay in place for seven to 10 years and would be overseen by trustees named by the bankruptcy court. Details of the proposed settlement also were reported by NBC News and The New York Times.

The Sacklers would give up ownership of Purdue Pharma and contribute $3 billion of their own money toward the total, the reports said. They also would sell another pharmaceutical company, Mundipharma, adding $1.5 billion to the settlement.

Lawyers for Stamford, Connecticut-based Purdue Pharma, the controlling Sackler family, several state attorneys general offices and a lawyer representing the local governments who are suing Purdue in federal court are trying to hammer out a deal.

Purdue declined comment Thursday but said earlier in the week that it sees little good in years of “wasteful litigation and appeals” and believes a far-reaching settlement is the best solution.

A sense of urgency surrounds the talks, Utah Attorney General Sean Reyes said Thursday. He confirmed his office is part of the negotiations but declined to discuss details.