We’ve said it before and we’ll say it again: ALDI is an underrated treasure trove of cool stuff. And in this week’s ALDI finds, there’s a gem that just might help with potty training.

As any parent knows, potty training is the ultimate love-hate relationship. On one hand you’re excited about it because obviously, no more diapers. But on the other hand, potty training is just such a colossal pain. Sitting endlessly on the side of the tub or the hard bathroom floor waiting for some action from a distracted toddler. Wiping little butts (or washing skid-marks out of tiny underwear). Dragging out — and emptying, and cleaning — the little potty chair every single time because the big toilet is too high, or too scary.

And that, friends, is where ALDI is coming in clutch this week. 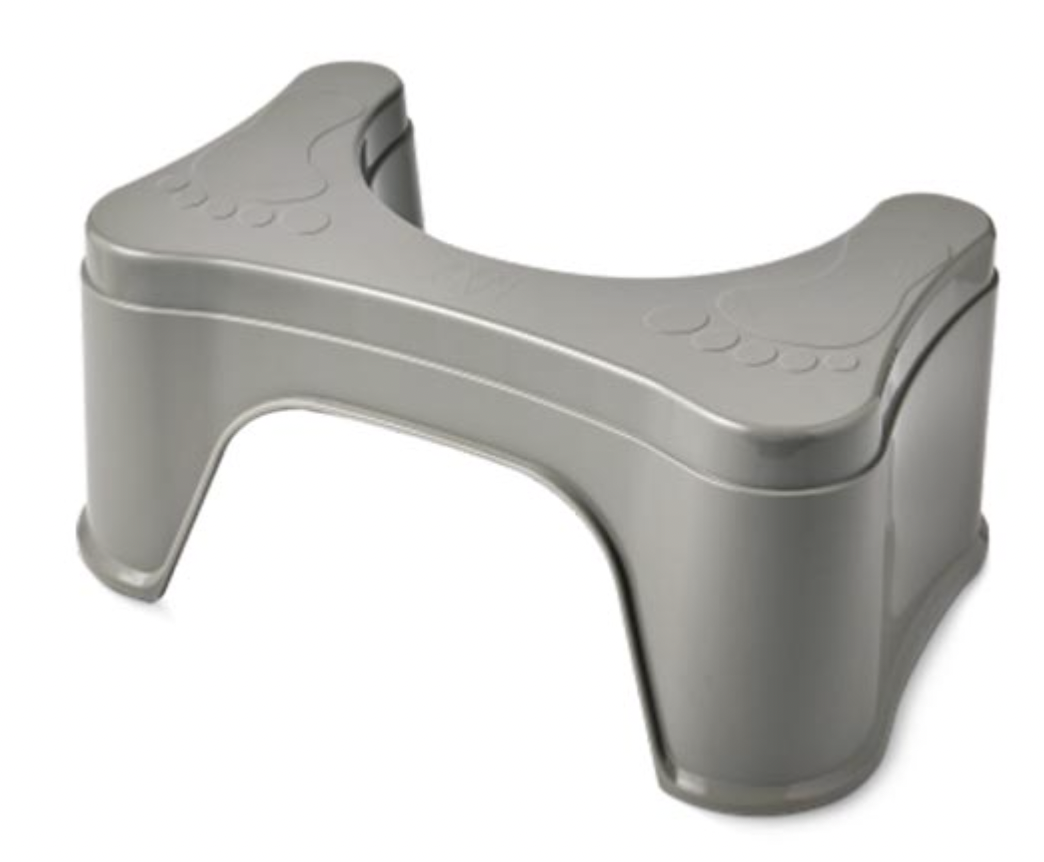 Now technically, this “Squatting Stool” from Easy Home isn’t geared toward potty trainers; it’s a dupe of the much more expensive Squatty Potty, which is said to help make bowel movements easier (more on that in a minute). But its toilet-hugging design makes it a brilliant tool for potty training, because kids can step right up onto a stable surface and keep their feet there while they’re on the pot, making them feel more secure. They’ll be confident in their abilities to get on and off the toilet by themselves, and assured that they won’t fall off (or fall in!) in the process. It comes in gray or white, and tucks around the base of the toilet, so it’s a low-profile way to outfit your bathroom for potty training success without it being a glaring eyesore.

But it isn’t just good for potty trainers, and here’s where we get into the anatomic nitty-gritty. According to actual scientific research, poopers of any age can benefit from doing their bathroom business while squatting, which is apparently the #1 best position for going #2. In a 2003 study published in Digestive Diseases and Sciences, researcher Dov Sikirov found that when participants squatted, their pooping time was cut down to an average of 51 seconds (from a sitting average of 130 seconds). Not only that, but they rated the experience as easier in a squatting position. A Japanese study in 2010 confirmed the findings.

Why is that? Well, because when you’re seated, there’s an unnatural “bend” in your anorectal angle — not unlike what you’d find in a kinked garden hose. But squatting straightens the path for, um, smoother sailing.

So not only could this affordable Squatty Potty dupe make potty training easier, it could benefit the whole family’s bathroom habits long after your kid has bid farewell to the diapers.