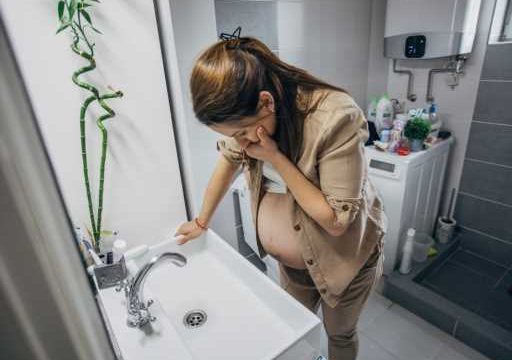 When a woman becomes pregnant, she has to give up a lot of things, both big and small: Raw sushi, an excess of caffeine, getting tattooed, relaxing in the hot tub, her boobs as she’s always known them, fresh squeezed juice, alcohol and recreational drugs, most kinds of exercise, soft cheese and lunch meat, sleeping on her back, most spa and beauty treatments, smoked seafood, not to mention her entire f—king body, which is warped to make space for a literal living being who enters the world by coming out of her vagina and becomes a bystander to all kinds of uncomfortable sensations like lightening crotch, a never-ending need to pee, and sensory reactivity — including sensitivity to scents.

So when this dad-to-be hopped on Reddit to complain about his nightly whiskey drinking continually making his pregnant wife vomit, you can imagine that other Redditors didn’t have a single iota of sympathy for his man-baby whining. In fact, every single response dragged him to filth for his idiotic inquiry about if he could possibly be the a—hole in this situation, because it’s so painfully obvious that, YES, he absolutely is.

The man-child writes, “My wife (29f) is four months pregnant and cannot stand the smell of alcohol even the smallest whiff from your breath or clothes will send her spewing. I (31m) love whiskey in the evening time. I would drink a glass, proceed to brush and use mouthwash so my wife doesn’t barf on me when she sees me.”

He continues, somehow confused, “Yet, she runs away from me whenever I’m even a metre away because she claims she can still smell it from a mile away. We haven’t even kissed at night due to this and I have tried everything to eliminate the whiskey smell. Yet, she still believes she can smell the faint whiskey, which makes her lose it completely.”

Do you like how he writes “she believes she can smell the faint whiskey,” like she’s making it up for funsies or to intentionally rain on his whiskey parade? The a—hole vibes are radiating with the force of a thousand suns.

The ignorant dad-to-be continues, “A couple days ago, I changed my clothes, showered after it and told her that ‘I promise the smell is gone,’ she proceeds to hug me and quickly runs to the bathroom… to vomit. She comes back to tell me that ‘she isn’t coming near me at night until this baby comes out.’ Proceeds to tell me that she was ‘right’ and that ‘I am being inconsiderate to her introduction to motherhood.’ Even though I think I am being overly considerate and trying my best to get rid of this ‘whiskey scent’ that she can apparently smell from a mile away.” 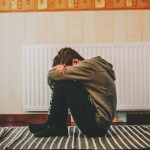 If you’re reeling at his claim of “being overly considerate,” oh-ho-ho baby wait for his next sentence.

“She has proceeded to move into our guest bedroom until the foreseeable future, I told her she is overreacting and that it is quite disrespectful. She told me that she isn’t trying to be any of those things, she just can’t stand the smell of alcohol.”

We’re SCREAMING at him calling her body’s uncontrollable vomit reaction to his COMPLETELY CONTROLLABLE inability to quit drinking whiskey around her “disrespectful.” SHE is disrespectful??? We’re screaming, screeching, shrieking through the internet at this wet diaper of a “man,” and so is every single Redditor who came across this guy’s enragingly ridiculous AITA post.

One user blatantly asked, “Why are you more dedicated to your nightly whiskey than your pregnant wife?” Another responded, “Yeah I got to ‘I’ve tried everything’ and my immediate thought was ‘except not drinking!’ I too enjoy whiskey. I don’t need a glass every night, or even most nights. And if it was making a loved one literally vomit, I would go without. ‘I love my alcohol more than my wife’ is a terrible look for a relationship.”

Like us, one Redditor commented, “I almost hit the floor when he called her disrespectful.”

Another user made a valid point while roasting the man, writing, “OP, if you physically CAN’T stop drinking to support your wife then you need to seriously ponder if you have an issue like addiction. If you don’t WANT to stop drinking to support your wife then SHE needs to seriously ponder if SHE has an issue like a selfish, narcissistic husband who is going to only get worse when a baby enters the picture. But fear not, you’ll be able to relax and enjoy all the nightly whiskey you like once you’re living alone. YTA.”

One Redditor tried to get the point across to OP through a little story time. “I’m allergic to mangos, and I spent the first couple months with my boyfriend thinking that he didn’t like mangos,” they wrote. “This is because whenever he was offered them when I was around, he would deny it, and say it doesn’t like them. (We frequented a restaurant where one of the only deserts was mango gelato, so he was offered it quite often).”

“Come to find out later,” they continue, “he loves mangos. Our friends didn’t yet know we were together, and he had been saying he doesn’t like them because he wanted to be able to kiss me later on without me having an allergic reaction. If my boyfriend was this understanding and kind during the first month or so of our relationship, you can be this understanding and kind to the woman you married and are having a child with. You don’t need to be drinking every night. You have not tried everything, because everything would include not drinking. YTA.” We’re clapping and pointing Meryl-Streep-at-the-Oscars style.

Other users condemned his refusal to understand how intense scent sensitivity can be during pregnancy, with one person writing, “Because OP clearly thinks spouse is somehow faking it? But scent sensitivity while pregnant is no joke. Been there. I am so sorry she is married to someone who is so dismissive of what she is going thru. Does not bode well for fatherhood. YTA.”

Another responded, “Seriously! The gag reflex when pregnant is not something she can control. But OP can certainly control his drinking… unless he had a problem and can’t put the nightly whiskey down. In that case they have bigger issues.”

One user explained the science that OP clearly doesn’t understand, commenting, “And let’s be real — the smell of alcohol, particularly brown liquor, can stick. You’re literally excreting it through your skin and certainly exhaling some. Pregnant women often have wild smell sensitivities. Ditch the whiskey for the duration, or YOU go sleep in the guest bed on nights you want whiskey. Done.” Our Meryl Streep-ing has intensified.

“YTA & a most likely an alcoholic,” another user began. “One of the best indicators as to whether or not someone has a drinking problem is does it impact other areas of your life. After bending over backwards trying to find a way to continue your drinking & failing, you have chosen to continue drinking knowing it makes your pregnant wife ill. Your wife has literally moved out of the bedroom & is no longer sleeping with you. I’d say that alcohol has definitively affected your life. I hope you get help before your child is born to begin learning from the example you’re setting.”

Another Redditor responded, “This. ‘I’ve tried everything.’ Apparently he hasn’t tried AA.” In a cheeky reply, another user wrote, “‘Wdym I have a drinking problem? Clearly I have a wife problem.’ YTA.”

One man related to OP’s drinking enjoyment but pointed out why he gave it up during his wife’s pregnancy and why OP should do the same: “I say this because I am in this exact situation right now except my vice is beer. I gave up beer when I’m around her. You know why? Because she’s GROWING MY F—ING CHILD. We as men have literally no idea or way of understanding what they’re going through and each pregnancy is unique. Stop. It won’t be that long I promise. And if you can’t stop, please seek treatment.”

Another cheeky thread of responses included “INFO: have you tried not drinking one night?” followed by “Whoa, whoa, whoa, let’s not get crazy here, or anything!” and then “I can’t believe you would suggest the father of the baby play an active role in making his wife’s pregnancy not suck.” with a “How dare HE have to give up something. Only the woman must give things up while being pregnant. It’s so inconsiderate to expect the man to give up anything.” and a final mocking “Do you mean for the whole night? Or can I have 5 glasses of whiskey and simply not drink while in the shower?”

Other users called out his audacity, with one Redditor writing, “YOU MADE HER VOMIT. Stop acting like this is all in her head and read the room (the bathroom)” and another user responding “yeah she’s like……… l i t e r a l l y vomiting and he’s like ‘you’re overreacting!’” Yet another person’s shock rippled through the internet: “Wait, you think she’s being disrespectful because she doesn’t want to puke??”

One Redditor called out OP’s mystifying take on the situation, writing, “If OP really believes this is all in her head then why wouldn’t he, you know, stop drinking for ONE night and see if she still reacts this way.” Another wrote, “I cannot believe OP would watch her react so strongly to the smell and keep drinking whiskey every single day. The lack of empathy is astounding.”

One Redditor pointed out the biological purpose of scent sensitivity during pregnancy, writing, “Pregnant women often have a very heightened sense of smell. If you think about it, it can be a very helpful pregnancy symptom, because eating something rotten and/or getting food poisoning can be especially dangerous. So evolutionarily, it’s helpful to have a really good sense of smell while pregnant. What sucks is having a husband who thinks that you vomiting is somehow inconvenient for him.”

Another user piggybacked on the comment, scolding OP by writing, “She is giving up a lot to have this baby. No drinking for 18 months (pregnancy + breastfeeding). She’s giving up her body in every way — her figure, comfort levels, etc. Not to mention she’s giving up sensory sanity. She’s not avoiding you to be difficult. YOU are being difficult. Stop having a glass of whiskey in the evenings. It’s literally that simple. Be a partner to her. Drink something with a different smell if you have to. She’s given up a lot already. What have you given up so far?”

If being told off by every single Redditor in the replies isn’t a wake-up call for this guy, he’s got another thing coming when his baby is no longer tucked out of sight in his wife’s womb, somehow giving him the idea that they’re her full responsibility while he lives his life through whiskey glasses.

Before you go, check out these unbelievable stories about Reddit’s worst dads.