No one likes to get hit — even when the punch is thrown by a very tiny person. Anyone who has been whacked in the stomach or punched in the leg by a four-year-old knows it legitimately hurts. And some of us (hi) have the leg bruises to prove it. So how do you get your preschooler to stop hitting (and, while you’re at it, knock it off with the biting, too)?

My son is a preschooler, and yes, he still hits at age 5 (and bites occasionally). Ugh. Fortunately, aside from an isolated incident when he hit a younger kid in his class with a hairdryer a couple of months ago (no, I don’t know why they have a hairdryer in the playroom), he hasn’t had major issues with hitting or biting at school. Unfortunately, at home is a different story. He hits my husband and me all the time. And he often plays pretty rough with his baby sister.

Sound familiar? I know I’m not alone in this struggle. So let’s talk about why preschoolers hit or bite, what we can do to help them change the behavior, and how to prevent it from happening in the future.

Why do kids hit and bite in the first place?

Developmentally, children ages 3–5 are learning how to be more independent, exploring more of the world around them, testing boundaries and learning how to identify and express their feelings. Some of the reasons that young children might act aggressively include: self-defense, being in a stressful situation, a lack of routine, inadequate speech development, over-stimulation, exhaustion, lack of adult supervision, or seeing aggressive behaviors in other children. They want to have choices and control. When they don’t feel that sense of agency, or they feel threatened or anxious, they might lash out in frustration with a slap, punch, bite, kick, or pinch. Ouch.

Dr. Eboni Hollier, a board-certified pediatrician in both developmental and behavioral pediatrics, tells SheKnows that “biting is common in very young children. In fact, almost all children bite at some time during their first three years of life. Many children, about half, are bitten in childcare every year… Because biting is common, preschools generally understand and work to help children learn to control themselves better and help redirect the child’s behavior.”

As for hitting, preschoolers typically hit for one of three reasons. According to Christi Campbell, a board-certified behavior analyst (BCBA) and a certified special education teacher, “the three main reasons children exhibit biting and hitting behaviors are to (1) gain attention (e.g., a giggle from another person), (2) get access to an item or activity that they want, or (3) escape from something that they do not want to do (e.g., sharing a toy).”

So that’s the first step: Identify why your child is hitting or biting.

For my son, the primary reason he hits is because he’s angry. And he usually gets angry either when we ask him to be more gentle with his younger sister or when we ask him to do something he doesn’t want to do, like stop playing with his Legos so he can eat his dinner or brush his teeth and get ready for bedtime. 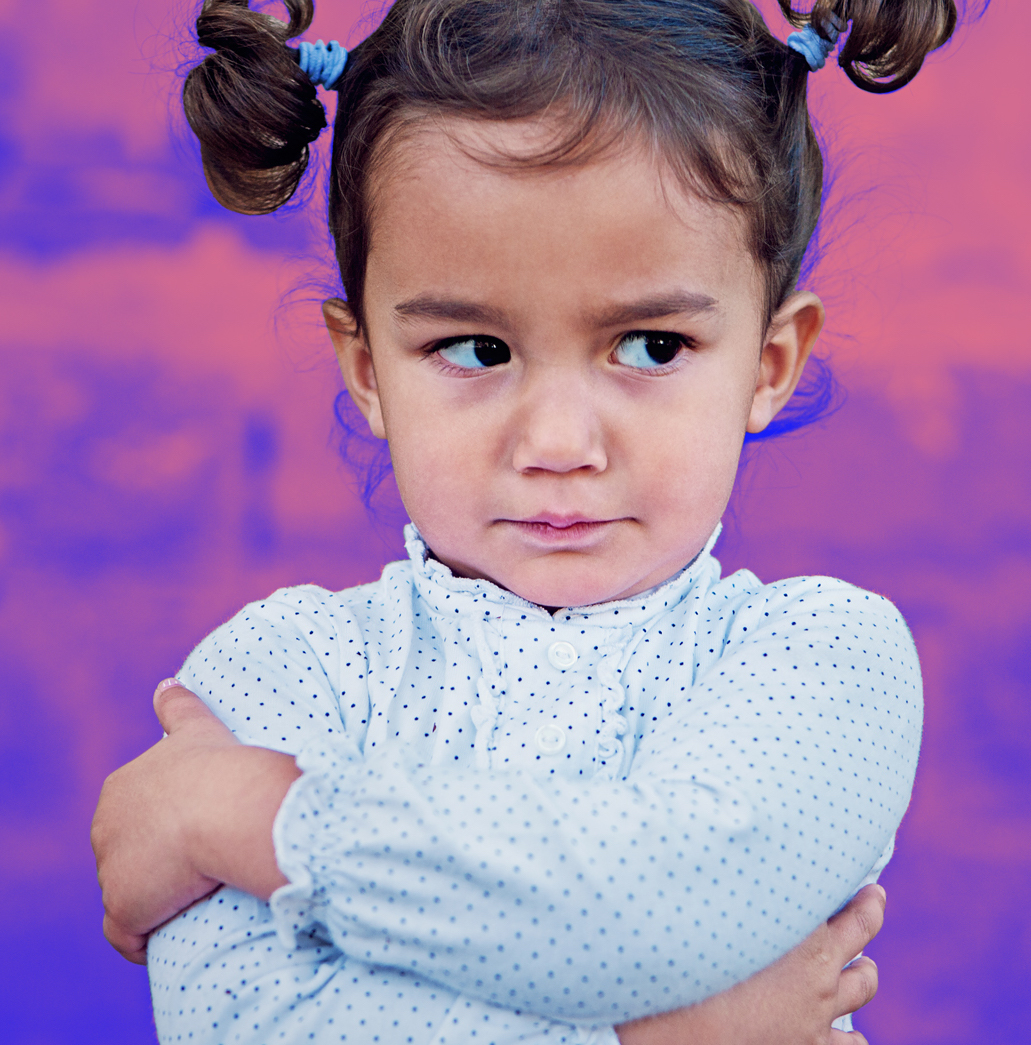 How do I get them to stop?

No matter the reason for the behavior, if it becomes a consistent way that your child reacts to something they don’t like — or if it’s happening very frequently — it’s important that you intervene.

Here’s what my family has tried:

Books. My husband and I have been trying to teach our son that it’s okay to feel angry sometimes, but that it’s not okay to hit others when you feel angry. Reading books like Anh’s Anger, In My Heart: A Book of Feelings and The Color Monster has helped him recognize different emotions and verbalize how he is feeling. However, it hasn’t helped him stop hitting in moments of anger and frustration. We are still struggling with figuring out the best way to help him express his anger in ways that don’t hurt others.

Time-outs. Most of the time, time-outs do not work — for our son or for most kids. They mostly just make kids more angry and frustrated, and experts say time-outs actually don’t change behaviors in the long run. The only time that time-outs have been useful for me is when one of us is so upset that having some physical space apart can help everyone cool off.

Red and green choices. Our son’s preschool teacher uses a similar version of this green and red choices system for behavior management. We adopted a similar system to use at home, but rather than a poster, we use jars with red and white bells (white instead of green, because that’s what we had at home). Every time our son hits, he gets a red bell in a jar, representing a bad decision. Every time he refrains from hitting us or his baby sister, listens the first time to something we ask him to do, and is generally helpful, he gets a white bell, representing a good decision.

I think there are a lot of positive things that work with this kind of strategy, but I’ve had mixed success with this method. Our son responds pretty well to incentives/rewards like stickers and toys, but he can get discouraged when it takes too long to fill up the sticker chart or he gets multiple red bell jars filled up consecutively without filling up a white bell jar. We also struggle with consistency, which is key to the success of a strategy like this. 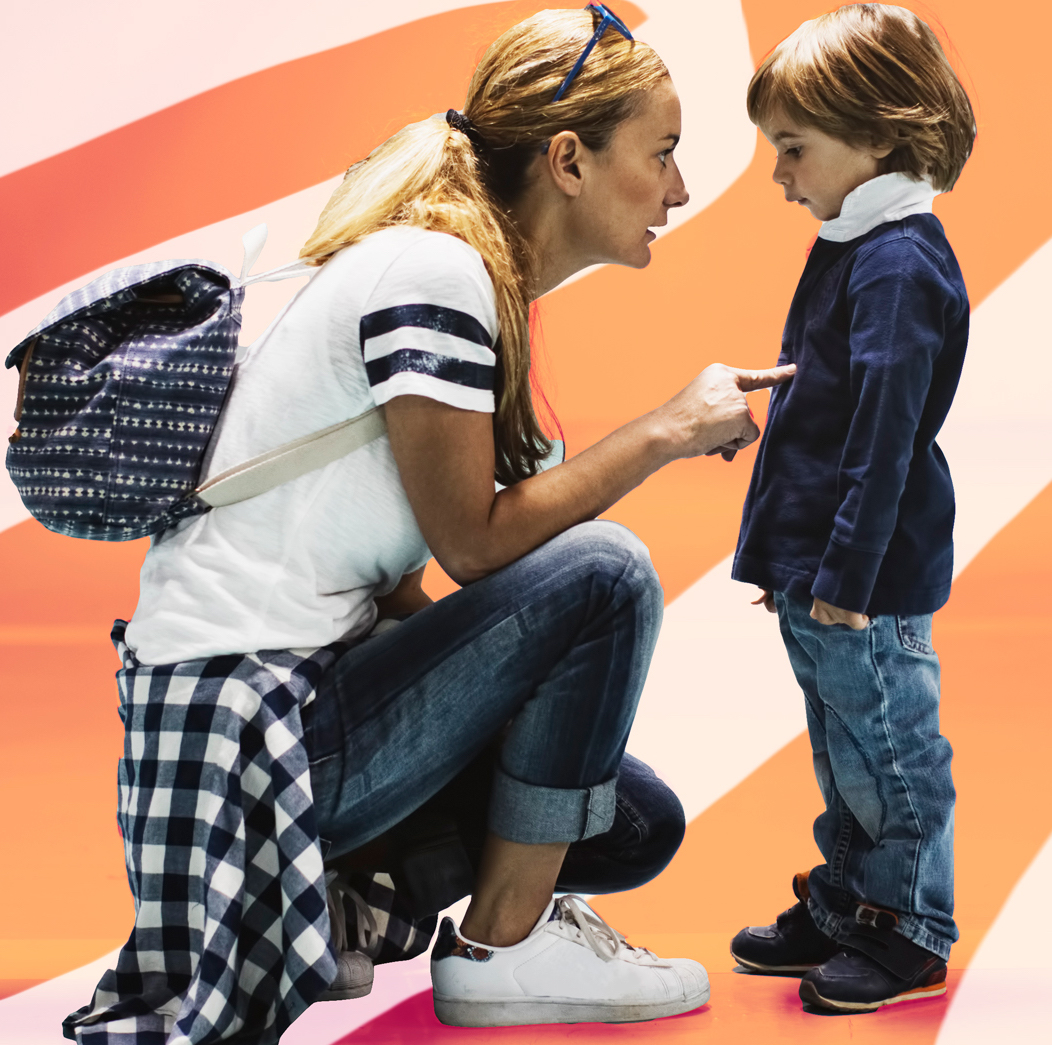 How can parents prevent future incidents?

Remember that biting and hitting are aggressive behaviors, so make sure you are not reacting in an aggressive way, like yelling, which may make the situation worse. If you feel like you’ve tried the strategies above and your preschooler is still showing aggressive behavior that doesn’t get better after positive attention and redirection, reach out to a professional who specializes in child behavior or mental health for advice.

Helping young people navigate the world of emotions and teaching them how to deal with their feelings in positive ways can be a real challenge. It takes a lot of energy and patience. So be patient with yourself, take some deep breaths, and remember: It’s okay to ask for help when you need it.