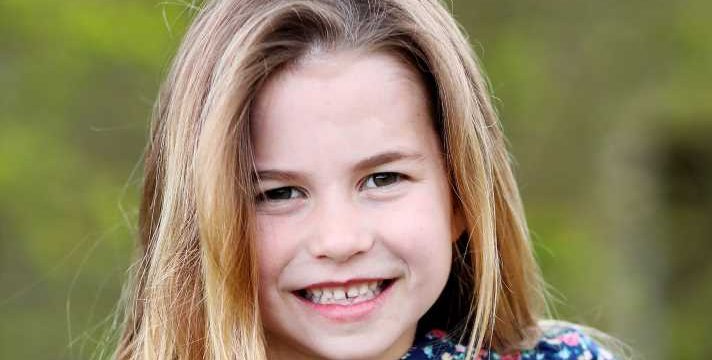 Royally cute! Per tradition, Princess Charlotte was honored with a brand-new portrait ahead of her 6th birthday on Sunday, May 2.

Royal Family: Meet the Next Generation

“Wishing Princess Charlotte a very happy sixth birthday today. 🎈,” a post on the royal family’s official Instagram account read. In the headshot, taken by Duchess Kate, the princess’ long locks fall gently around her shoulders. Dressed in a floral top, Charlotte smiles widely for the camera. 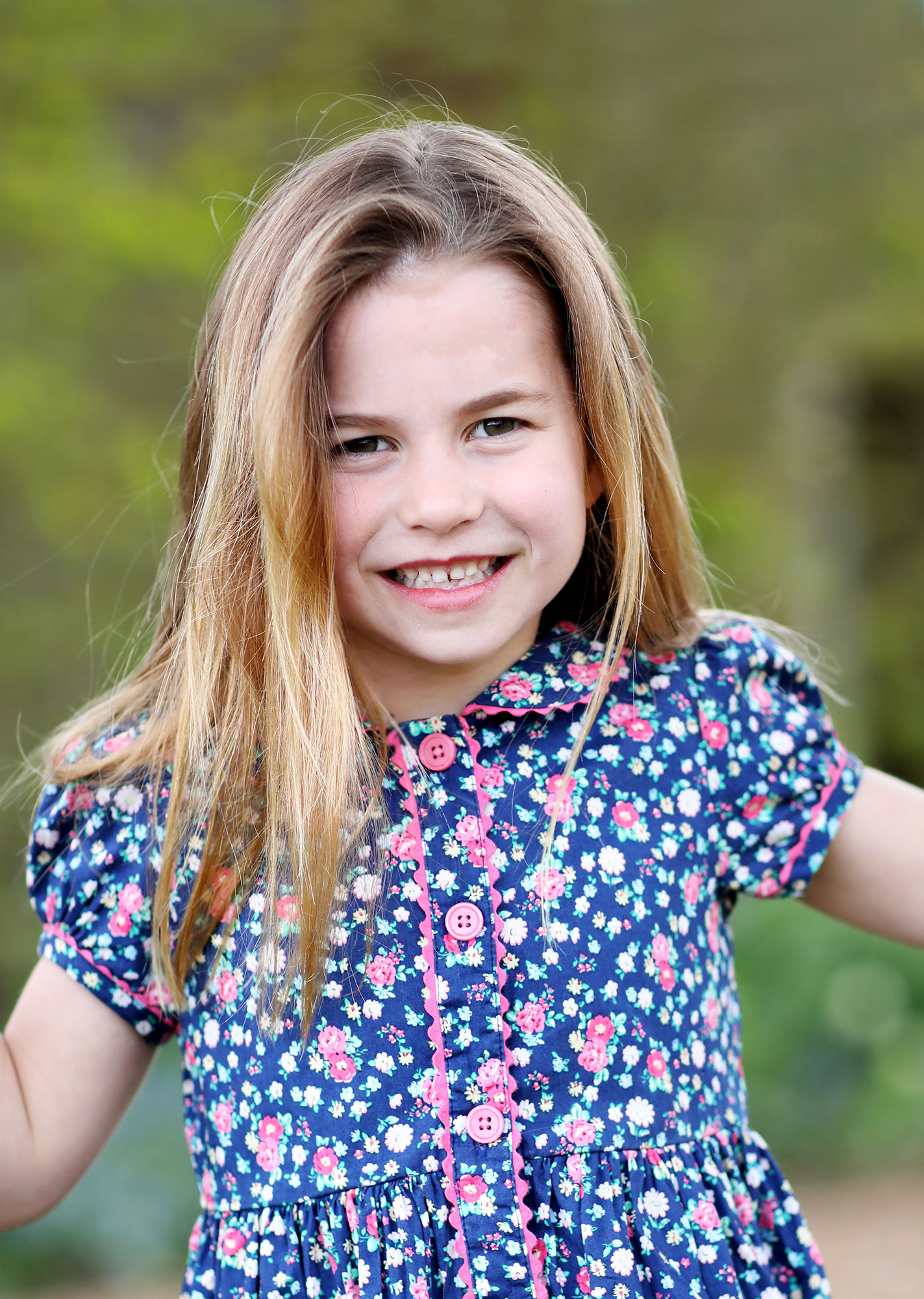 Prince William and Kate, 39, welcomed their daughter on May 2, 2015. The Duke, 38, and Duchess of Cambridge were already the parents of son Prince George, who was born in July 2013. The pair’s third child, Prince Louis, arrived in April 2018.

Charlotte has a “great bond” with her siblings, a source exclusively told Us Weekly in May 2018. “She is really enjoying having a younger brother to play with. She’s taking her big sister duties very seriously. She won’t leave baby Louis’ side,” the insider continued.

George, now 7, has been a “protective” big brother through the years and passed down plenty of toys to Charlotte. “Although she’s definitely a girly girl, she also loves to play outside, just like George,” the source added.

Two years later, Charlotte began to grow into her princess role. “[She] already has a toy tiara, which she loves wearing,” a second royal insider revealed in August 2020.

Though their daughter may love playing dress up, Kate and William “go out of their way to keep the kids grounded,” the source noted. “While the kids know there’s something special about them, they’re not spoiled.”

She’s still little, but Charlotte already has a big personality, according to her dad. During a Q&A with kids in his ITV documentary Prince William: A Planet for Us All, William joked that his “cheeky” daughter had mastered the floss dance — and had a bit of a mischievous side. 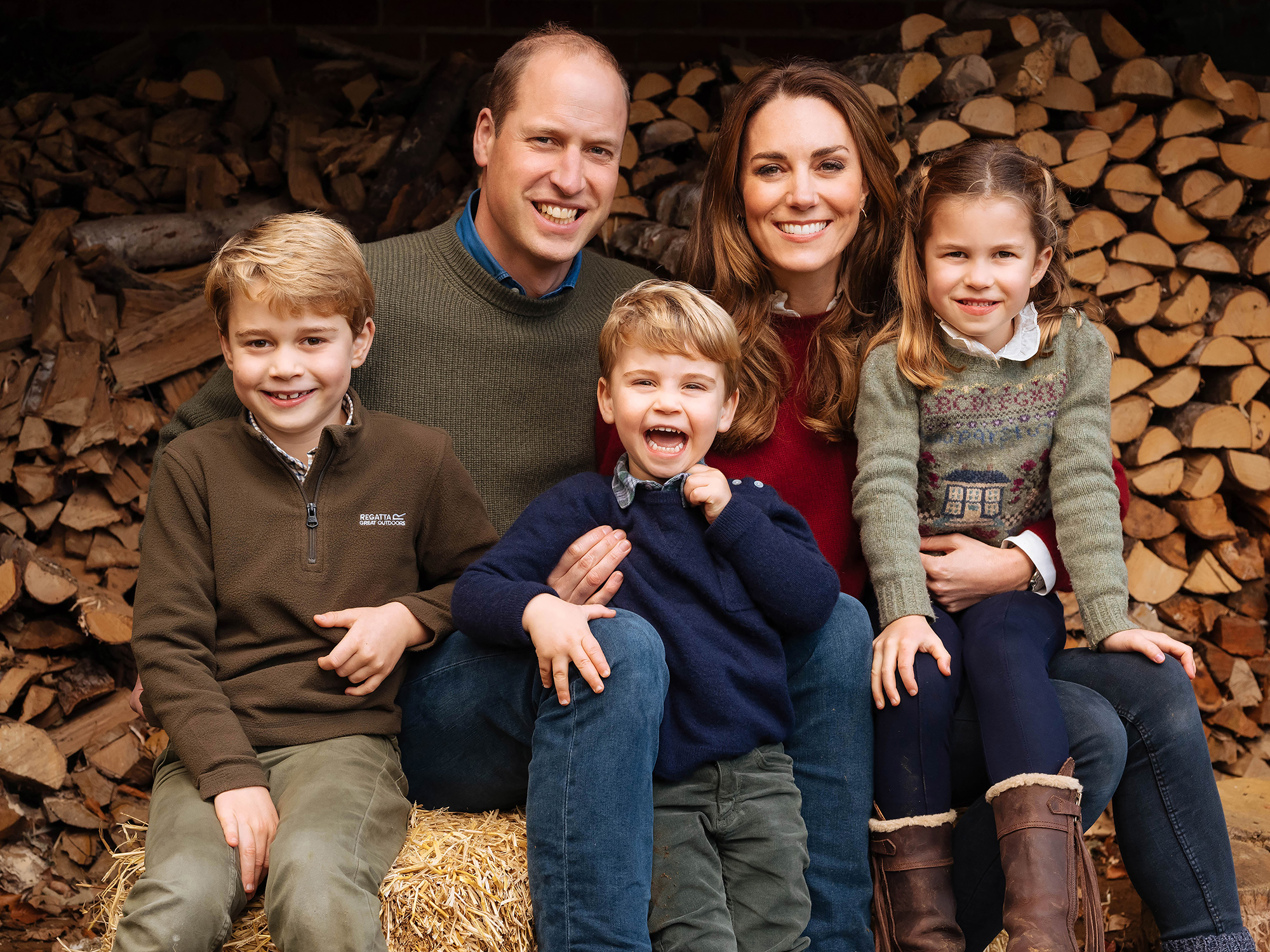 “You look like trouble, you’re just like my little Charlotte,” the future king told one of the young audience members.

Keeping their little ones grounded is important for the royal couple, who recently marked their 10th wedding anniversary, and their extended family chips in to help the kids enjoy being kids. Carole Middleton, Kate’s mom, recently opened up about a typical day for George, Charlotte and Louis, now 3, when they visit her at home.

“If I’m doing planting with my grandchildren, I like to have it all laid out at ‘activity stations’ with their own little trowel and pot so they can get started immediately,” Middleton, 66, said in the May issue of the U.K.’s Saga magazine. “It’s no good calling children over to an activity, only for you then to have to fuss about looking for the right equipment and clearing a space. They’ll soon lose interest and slope off.”

The entrepreneur continued, “It’s important for children to grow up appreciating nature and part of that is allowing them to get a bit muddy.”