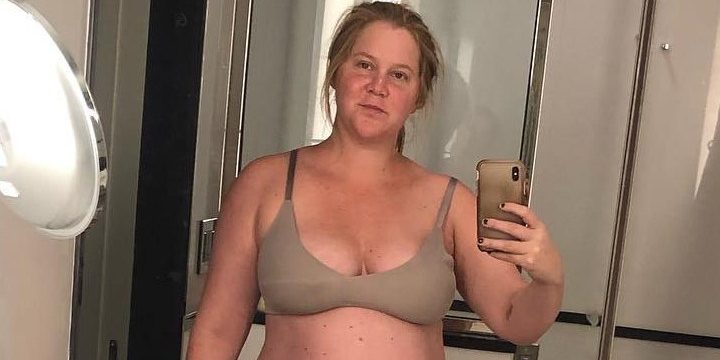 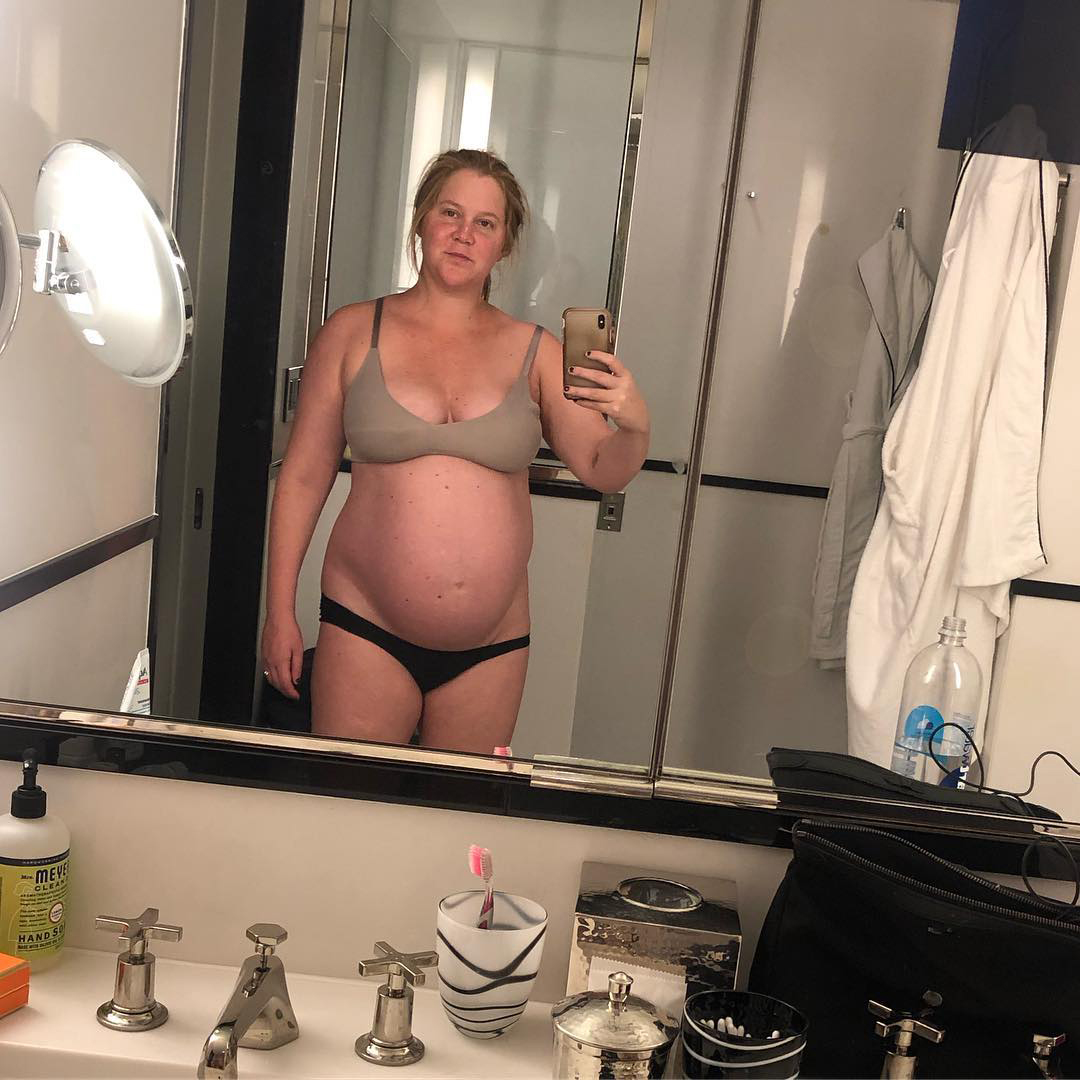 She’s ready for the little one’s debut! Pregnant Amy Schumer bared her growing baby bump in an Instagram picture on Saturday, March 30, ahead of her due date — and she looks fabulous.

“Feeling strong and beautiful today,” the I Feel Pretty star, 37, captioned the mirror selfie, which showed her fresh-faced wearing nothing but black underwear and a maternity bra. She added the hashtag, “#didntpuke,” referring to the health struggles she has endured throughout her pregnancy so far.

Last month, the comedian — who is expecting her first child with husband Chris Fischer — revealed she had to cancel the remainder of her comedy tour as she continued to deal with the sickness. “Due to complications from hyperemesis I am not cleared to fly for the next couple weeks,” the Trainwreck actress wrote on Instagram at the time. “I am going to cancel the remainder of my tour. Refunds are available at point of purchase.”

Despite her health conditions, Schumer went on to note “the baby and I are healthy and everything looks good.” She added: “But I am in my 3rd trimester and I am still nauseous all the time and vomiting. I vomit mostly every time i ride in a car even for 5 minutes. I have a pretty good attitude about it and some days I feel good for a couple hours. But mostly it’s [sic] sucks.”

Though the message was ultimately serious, Schumer didn’t let the chance to dish out a few jokes pass her by. “I wanted to push through and do my shows. Because I hate letting people down and I love stand up and money! But more than that I have to think about my health and the baby,” she wrote. “I know you guys get it and people are like, ‘Bitch, are you OK? Take it easy,’ but it’s still embarrassing to have to cancel.”

Schumer and Fischer, 39, quietly tied the knot in a surprise ceremony in February 2018. Eight months later, the Girl with the Lower Back Tattoo author announced her pregnancy. Since then, she hasn’t shied away from being honest with her social media followers about her difficult journey to motherhood.