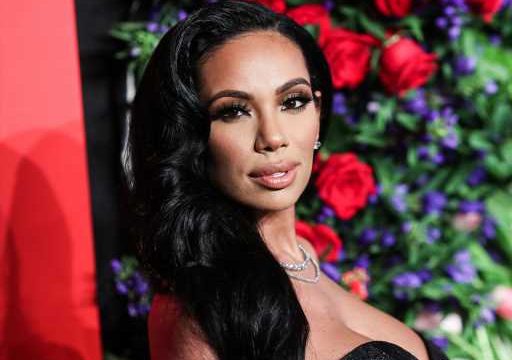 Wow, rapper and dad Safaree Samuels has a lot of explaining to do after a recent episode of VH1’s Love & Hip Hop: Secrets Unlocked. During the virtual reunion with castmates from the show, his wife Erica Mena, who gave birth to the couple’s daughter Safire last February, revealed that Samuels doesn’t want her to get pregnant again. The reason: baby weight.

Yep, you heard that right. Not because pregnancy made her too sick, or because watching her undergo the pain of childbirth was too much. Nope. He just didn’t like how fat she got.

“Tell them why you don’t want another one,” Erica said to her husband as Ray J, his wife Princess Love, and other co-stars listened in. “’Cause I got too big during my pregnancy… You say it all the time. You mentioned my stomach afterwards. You said, ‘You got too big, I got too big. I don’t want to be fat, again.’ That’s what you said.”

Samuels tried to defend himself, denying ever saying such things and saying that he just found the experience too stressful. He tried to console his wife, telling her she’s perfect and that he would love to have another kid with her, but only if they “let someone else carry it.” Whoa.

Look, there is nothing wrong with having a surrogate, but Mena should have a say in this, obvi, and the reason for using a surrogate shouldn’t be because your man doesn’t want you to get fat. How rude! Plus, that’s not a very secure place to be in a relationship, where you know for a fact that if your body changes your significant other is going to have a negative reaction.

Sounds like Samuels may have also gained some sympathy weight during Mena’s pregnancy, but hey, man, that’s on you.

Read about more Kardashian and other celebrities who used surrogates