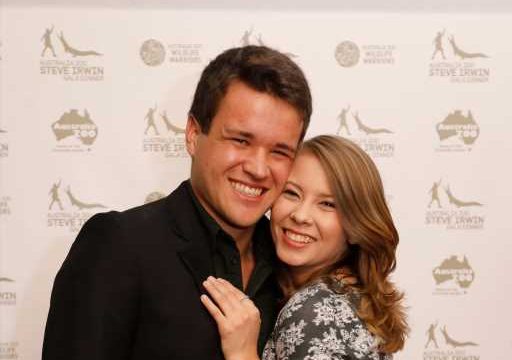 She’s ready for her close-up! The adorable daughter of Bindi Irwin and Chandler Powell knows a thing a two about posing for social media photos. At only six months old, baby Grace Warrior is already a pro at getting her angles down.

“Love that our girl pokes her tongue out as soon as she knows we’re about to take a photo,” Bindi captioned a new Instagram photo featuring Grace sticking out her tongue. The tiny wildlife conservationist has struck the same pose in three other recent photos.

Baby Grace was born in March, on her parents’ one-year wedding anniversary, and became an instant hit on social media. Bindi explained on Instagram that Grace is a family name on both her and Chandler’s sides and her double middle name, Warrior Irwin, honors her late grandfather Steve Irwin, the iconic wildlife conservationist.

“Our graceful warrior is the most beautiful light,” Bindi captioned one sweet photo. “Grace is named after my great-grandmother, and relatives in Chandler’s family dating back to the 1700s. Her middle names, Warrior Irwin, are a tribute to my dad and his legacy as the most incredible Wildlife Warrior. Her last name is Powell and she already has such a kind soul just like her dad.”

The family of three lives at the Australia Zoo and works alongside Bindi’s mom Terri and her brother Robert, who are equally as smitten with the infant. Shortly after Grace was born, her family named a bird exhibit in her honor: Grace’s Bird Exhibit opened in June, which houses more than 180 different species of bird.

These are some of the reality-TV alumnae we love to follow as they tackle motherhood.