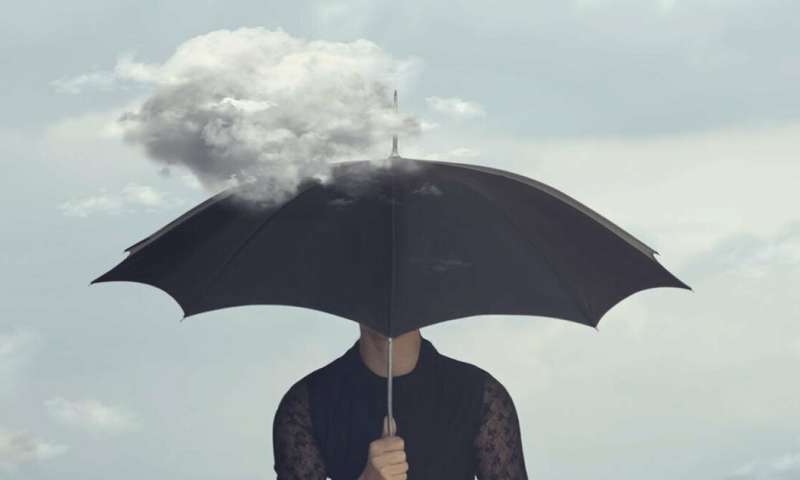 Imagine you’re lying in bed when a sack of cocaine falls from a plane, crashes through your roof and lands next to you. You call the police who come round and arrest you for possession. This would be ridiculous. You are not responsible for things that fall into your house.

Now imagine you’re lying in bed when murderous, violently sexual or discriminatory thoughts pop into your head. These are unbidden, unwanted and in complete opposition to your values. Are you responsible for what has fallen into your mind?

If you make these thoughts public, perhaps tweeting in horror about them, you will quickly discover you are held responsible and will be punished. The Twittersphere will descend, claiming you are unfit to work and live in human society. People will learn never to speak of having such thoughts.

But what if having such thoughts turns out to be normal? The human condition would become literally unspeakable. This would not only be ridiculous, it would also have serious implications for our health.

Whether you ask people in Africa, Asia, Australia, Europe, North America or South America, you will typically find that more than 90% have recently experienced unwanted intrusive thoughts. These most often involve themes of doubt, such as thinking you left the cooker on or a door unlocked.

To be clear, we are talking here about such thoughts occurring in people who find them abhorrent. If the person does not find them repugnant, does not try to suppress or avoid them, does not try to avoid situations that trigger them, or is aroused or acts on them, then there is cause for concern. Someone who felt this way about intrusive sexual thoughts they had about children is a potential sexual offender.

Why we experience unwanted intrusive thoughts is unclear. One theory is that they help problem solving by facilitating brainstorming. Why they are often violent or sexual is also not clear. An evolutionary psychologist has argued that “all of us house in our large brain specific specialised psychological circuits that lead us to contemplate murder as a solution to specific adaptive problems”. However, cultural arguments can also be made, such as that patriarchy encourages hostile sexual thoughts against women.

There are limitations to research in this area. Much of it, for example, has been conducted with university students, which provides an incomplete picture. Nevertheless, it appears that having unwanted intrusive thoughts you find repugnant is common. But should people be punished for having them?

Legally, we have an absolute right not to be penalised for our thoughts. The primary justification for this is that thoughts alone cannot harm others.

What’s more, if we criminalised every improper thought then, as was noted in the 1880s, “all mankind would be criminals, and most of their lives would be passed in trying and punishing each other”. This is not an entirely inaccurate description of social media.

The legal protection for thoughts that are spoken is no longer absolute. Speech has the potential to create a “clear and present danger” and harm others. But disclosing an abhorrent unwanted intrusive thought, which you explicitly disavow, may be most likely to harm yourself.

Human nature and social media have combined to make disclosing unwanted intrusive thoughts a dangerous endeavour. Because social status is phenomenally important to humans, we are primed to increase our own dominance and reduce that of others. Social media provides a devastatingly effective mechanism for dominance regulation. It allows the public skewering of individuals and enables others to drive the stake home through schadenfreude.

This can be positive, bringing down those who have abused power. But it also encourages bad faith attacks in which intentional misinterpretation and simulated outrage are used to socially demote a target and socially promote the attacker.

Reality is forced underground. Difficult truths shift to places such as the intellectual dark web. This leaves the mainstream with an image of human beings that bears little resemblance to reality. This is dangerous for both individuals and society.

The dangers of being unspeakable

Not knowing that people commonly have such thoughts, but don’t act on them, is also problematic. This could lead you to wrongly believe that having an unwanted intrusive thought about hurting someone, for example, means that you are likely to actually do it. This is called “thought-action fusion” and has also been implicated in the development of OCD.

Having a false image of what people are actually like will also harm the health of society. For example, communism portrayed the need for status and private property as not being part of the human condition. It hence proposed it could be purged by education and coercion. The horrors that resulted from this in the Soviet Union, including famine and the Gulag system of forced labour camps, remind us of the stakes here. If we cannot honestly discuss our experiences of being human without being socially immolated, we will not have prevented something monstrous, we will have created it.