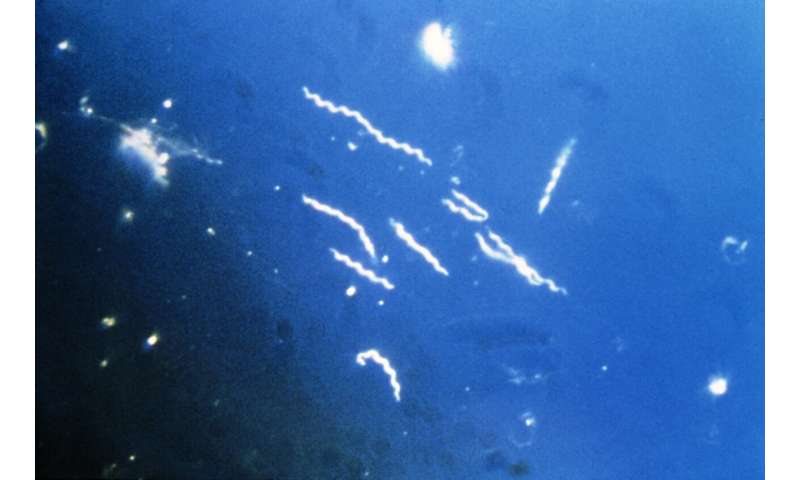 A new study from researchers at the Johns Hopkins Bloomberg School of Public Health found that a slow-growing variant form of Lyme bacteria caused severe symptoms in a mouse model. The slow-growing variant form of Lyme bacteria, according to the researchers, may account for the persistent symptoms seen in ten to twenty percent of Lyme patients that are not cured by the current Lyme antibiotic treatment.

The study, published March 28 in Discovery Medicine, also found that these “persister” Lyme bacteria were resistant to standard single-antibiotic Lyme treatments currently used to treat Lyme patients, while a three-antibiotic cocktail eradicated the Lyme bacteria in the mouse model.

For their study, the scientists isolated slow-growth forms of the Lyme bacterium, Borrelia burgdorferi. They found that, compared to normal fast-growth forms, the slow-growing forms caused more severe arthritis-like symptoms and resisted standard antibiotic treatment in test tube as well as in a mouse model. The scientists found that a combination of three antibiotics—daptomycin, doxycycline and ceftriaxone—cleared the Lyme infection in the study mice. The scientists now hope to test the combination in people with persistent Lyme disease.

“There is a lot of excitement in the field, because we now have not only a plausible explanation but also a potential solution for patients who suffer from persistent Lyme disease symptoms despite standard single-antibiotic treatment,” says study senior author Ying Zhang, MD, Ph.D., professor in the Department of Molecular Microbiology and Immunology at the Bloomberg School.

Lyme disease afflicts about 300,000 people in the United States every year. It is caused by Borrelia bacteria that live inside common species of ticks and are transmitted to humans by tick bites. Treatment with a single antibiotic—either doxycycline, amoxicillin or cefuroxime—for two to four weeks clears infection and resolves symptoms in most patients. However, some 10 to 20 percent of Lyme patients who are treated continue to suffer persistent symptoms including fatigue, muscle and joint aches, and brain fog that can six months or longer.

This post-treatment Lyme disease syndrome has been controversial among many doctors, in part because studies of these patients usually have failed to show that Borrelia bacteria can be cultured from their blood, especially after treatment—a standard method for revealing the presence of an infection or relapse. However, Borrelia, like many bacteria, can switch under low-nutrient conditions or other stresses from their normal fast-growth mode to variant forms as in “stationary phase” with little or no growth.

In this new study, Zhang and colleagues grew stationary-phase B. burgdorferi and isolated two distinct no-growth forms, called microcolony and planktonic forms. They confirmed that these forms are resistant to standard antibiotics such as doxycycline and even two-drug combinations used for treating Lyme disease. They also showed that these stationary-phase forms, compared to normal-growing spiral forms of B. burgdorferi, cause worse Lyme disease-like symptoms in mice—chiefly inflammation and joint-swelling. However, treating these mice with the combination of daptomycin, doxycycline and ceftriaxone effectively eradicated the infection.

“A lot of physicians have been wanting to do clinical trials of antibiotic combinations in post- treatment Lyme disease syndrome patients, and now we have results in animals that support the idea of such trials,” Zhang says.