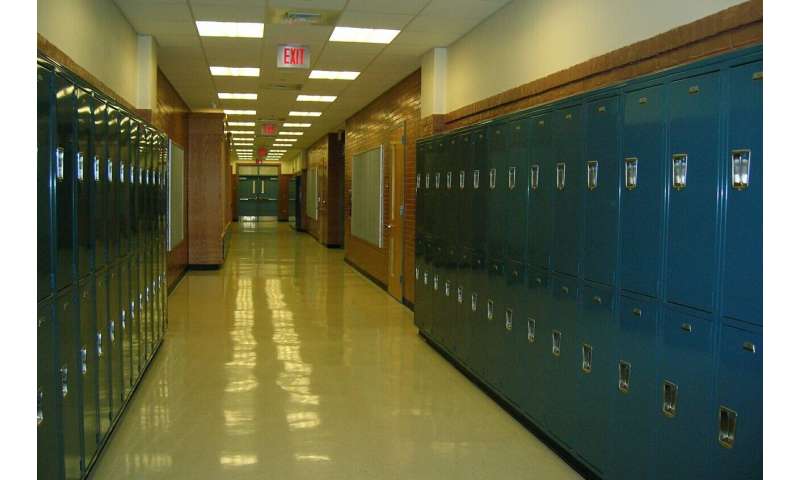 The tragic deaths of Sydney Aiello and Calvin Desir, teen survivors of the mass shooting at Marjory Stoneman Douglas High School in Parkland, Florida, remind us that for too many survivors, the pain and suffering endure and do not diminish. Instead, they are left reeling in the aftermath with no sense of closure. This is especially true of teens.

As a specialist in emotional and behavioral disorders of children and adolescents, I receive many inquiries from concerned parents, students, school officials, pediatricians and the news media about this issue and the harm violence has on our children and their families.

Although school shootings do not account for most child and adolescent deaths, there is something uniquely horrifying about random attacks without warning committed in our children’s schools. The resulting 24/7 media coverage and attention adds further to our collective unease.

The sadness of desensitization

Many in American society have become desensitized and unsurprised when a mass shooting occurs.

Similar to the way that individuals respond to personal tragedy by entering the cycle of the five stages of grief identified by the eminent psychologist, Elisabeth Kübler-Ross, Americans have developed a similar predictable reaction cycle in the aftermath of a mass shooting.

The first stage starts with community disbelief, feeling awful and coming together. However, in the United States, the second stage involves a quick shift to political posturing, finger pointing and special interest groups yelling at each other.

And just as people progress through denial, anger, bargaining, depression and acceptance of the Kübler-Ross grief cycle, many Americans have become desensitized and quickly reach the “acceptance” stage after the most recent mass shooting and go back to business as usual. While many continue to feel awful about it, there is a sense of impotence in terms of effecting real change that leads to a further sense of normalization and resignation following each horrifying event.

For all too many survivors, however, their pain and suffering does not diminish. Many feel their power and sense of control have been taken away, and they continue to suffer from anxiety, agitation emotional numbness, flashbacks of the event or the desire to withdraw socially. There is often no closure for them.

Survivors of mass shootings and their families often remain diagnostic and therapeutic orphans. In a system that rewards political posturing, gamesmanship and brinksmanship, survivors and their families are too often shortchanged and left to fend for themselves.

Some will be more harmed than others, studies suggest

Those of us in the field of adolescent psychiatry are learning more about how to better recognize, diagnose and treat those at highest risk of developing long-term mental health problems. Grete Dyb and others studied traumatic stress reactions in youth 13 years and older who had survived the 2011 massacre on Utoya Island, Norway.

Survivor characteristics early after the attack robustly predicted post-traumatic stress reactions, anxiety, depression and lower satisfaction with life. Survivors also had feelings of shame and guilt that were also commonly experienced in the aftermath of a terror attack.

Nearly 30 percent of those who witnessed a mass shooting developed post-traumatic stress disorder, which manifests in adolescents as symptoms such as avoidance of reminders of the traumatic event, experiencing involuntary and intrusive flashbacks or nightmares about the event, impulsive or aggressive behavior, nervousness, restlessness, anxiety, trouble focusing in school, and/or emotional numbness.

There is also exciting data suggesting that the level of functioning of a person before a mass shooting can predict the likelihood of developing post-traumatic stress symptoms and risk for long-term dysfunction. Emotion regulation difficulties predicted higher levels of post-traumatic stress symptoms after a mass shooting. Pre-trauma functioning of college women before a campus mass shooting distinguished those who experienced extended dysfunction versus those who gradually recovered.

Specific risk factors for ASD or PTSD following a mass shooting have also been identified. These include being female, psychological problems before the incident, proximity to the attack, knowing the person killed, decreased social support and emotion regulation difficulties.

Survivors who were physically injured, lost a friend or loved one, and actually saw someone get shot were at highest risk for experiencing long-term post-traumatic stress disorder symptoms and other psychological symptoms.

A sense of community and support help

There are interventions that can help. A sense of the community coming and banding together and collectively seeking support can be beneficial to survivors. Student-led memorial events can also facilitate recovery efforts.

Increasing access and availability to mental health resources to identify those at highest risk, and providing comprehensive mental health support and treatment, is critical. This necessarily includes liaison among community officials, schools, students and parents, both proactively, and in the aftermath, to have an adequate level of response preparedness.

Maximizing and identifying mental health support resources in the community is vital. 24/7/365 access to mobile crisis teams with trained mental health specialists can provide essential resources in the aftermath of a mass shooting event. Having a coordinated team of professionals, including therapists, counselors and psychiatrists when medication is needed is also key for immediate and longer-term follow-up. The use of technology, including smartphone apps, online group support and coordination with targeted mental health centers can also provide critical support.

But the solution is necessarily a societal choice and decision. Adults often like to proudly and loudly proclaim that children are our society’s most important and precious resource. But our adult actions – or inactions – often speak louder than our words. Innovative programs targeted at those at highest risk – victim and perpetrator – can improve outcome for the community and survivors, and reduce and potentially prevent these tragedies from recurring.