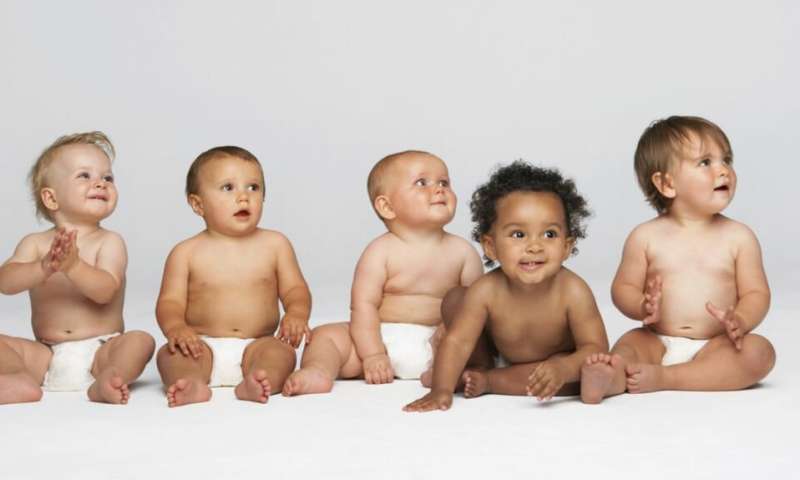 The latest findings from the international INTERGROWTH-21st Project, that has monitored healthy, urban children from educated families across four continents from early pregnancy to 2 years of age, show that human neurodevelopment is not influenced by the colour of an individual’s skin.

The INTERGROWTH-21st Project, funded by the Bill & Melinda Gates Foundation and led by the University of Oxford’s Nuffield Department of Women’s & Reproductive Health, has already shown that healthy, well-nourished women, free of disease, living in a clean environment and receiving good antenatal care have children with similar skeletal growth patterns inside the womb, at birth and up to the age of 2. This research has produced a unique set of international standards for monitoring growth, which perfectly match the existing WHO Child Growth Standards that are being used in virtually every country in the world.

Now, the international consortium of INTERGROWTH-21st researchers has found that attainment in early childhood of neurodevelopmental milestones (relating to cognition, language ability and motor skills) is, like physical growth, very similar among children across diverse geographical and cultural settings, provided that their health and nutritional status are adequate. The findings are unique because neurodevelopmental markers of early childhood have not been studied in this way before.

The researchers assessed 1,307 healthy 2-year-old children of urban, well-nourished, educated mothers enrolled in early pregnancy in Brazil, India, Italy, Kenya and the UK, using a specially developed psychometric tool, standard visual tests and WHO motor milestones. In 14 of the 16 measures, the percentage of total variance that could be attributed to differences between populations ranged from 1.3% (cognitive score) to 9.2% (behaviour score). This means that, across a comprehensive set of indicators of physical and early child neurodevelopment, less that 10% of the variability was based on the child’s genes (nature); the rest is environment (nurture).

Professor José Villar of the University’s Nuffield Department of Women’s & Reproductive Health, who led the research, said: “We have conclusively demonstrated that the early neurological and cognitive development of children with different ancestries is similar across diversely located populations, provided that children and their parents have equal access to adequate nutrition, health care and education.”

Professor Michael Katz, Senior Vice-President Emeritus at the March of Dimes Foundation, USA, and President of the Oxford Maternal & Perinatal Health Institute, Green Templeton College, stated: “These findings have profound implications for international development policy because they make it clear that inequalities beginning during pregnancy have lifelong consequences for both individuals and countries. It also contradicts the concept that some ‘ethnic’ groups have a genetic advantage over others. Equitable access to universal education, health care and nutrition is, therefore, essential to any attempt at reaching Sustainable Development Goal targets globally.”

Professor Stephen Kennedy, Head of the University’s Nuffield Department of Women’s & Reproductive Health, who jointly led the research, stated that: “Here is the evidence that James Watson, the Nobel Laureate, is seeking that might change his derogatory views on race and intelligence. Our results clearly demonstrate that nurture is considerably more important than nature with respect to human neurodevelopment and physical growth.”