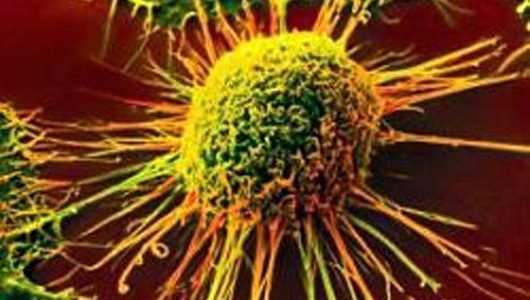 Unlike healthy tissues, tumours thrive in low-oxygen environments, often acquiring the ability to resist treatment and spread to other sites in the body. Despite being a well-known cause of therapy resistance and metastasis, the impact of low oxygen, known as hypoxia, on tumour cells is poorly understood. As reported today in Nature Genetics, researchers have discovered molecular hallmarks of hypoxia in the first-ever pan-cancer analysis of low oxygen in human tumours, with a special focus on prostate cancer.

These findings, which include several genes more commonly mutated in hypoxic cancers and new information about hypoxia-related patterns of tumour evolution, make up the largest resource available for hypoxia research.

“If we look at any single aspect of cancer, we only gain a partial understanding of this complex disease. But here we’ve exploited a wealth of human tumour data to gain a more comprehensive understanding,” says Vinayak Bhandari, lead author of this study and Ph.D. Candidate at the University of Toronto, who is conducting research at the Ontario Institute for Cancer Research (OICR). “By tying together our new understanding of the environment in which tumours develop with detailed evaluation of genetic changes, we created a biological signature that highlights patients who may benefit from more therapy.”

The markers observed in this study also open new opportunities for researchers to develop therapies that target hypoxia-related treatment resistance and metastasis across many types of cancer, including prostate cancer.

“Understanding common genomic traits across cancer types is critically important to the future of cancer diagnosis and treatment,” says Dr. Paul Boutros, senior investigator of the study and now at the University of California, Los Angeles. “We were initially motivated by the inability to differentiate between aggressive and non-aggressive prostate cancers, but our findings provide insights into how treatments might be developed for many tumour types.”

“Hypoxia was previously associated with aggressive disease, but the mechanisms by which it drives this process in human tumours was poorly understood from a genetic angle,” says Professor Robert Bristow, a Director at the Manchester Cancer Research and CRUK Manchester Centres at the University of Manchester, formerly at Princess Margaret Cancer Centre, University Health Network. “We can now start to exploit these findings into novel clinical trials to target hypoxia and abnormal genetics at the same time,” explains Bristow, who with Boutros, were former Co-Leads of the CPC-GENE project.

“This remarkable study was enabled by leveraging OICR’s unique computational biology expertise, rich prostate cancer data from CPC-GENE, and clinical expertise from collaborators across the province,” says Dr. Laszlo Radvanyi, President and Scientific Director of OICR. “The team’s relentless focus on clinically-relevant research questions has brought us new insights that can be translated back to the clinic to apply this molecular profiling approach to guide better treatment decisions to manage prostate cancer. This can also be applied to other cancer types.”