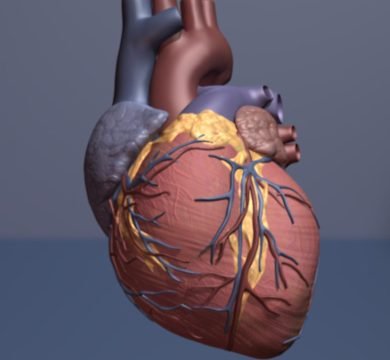 In response to conditions such as high blood pressure and reduced blood flow to cardiac muscle, the adult heart can drastically enlarge, a process called pathological hypertrophy that preserves cardiac function in the short term but predisposes patients to intractable heart failure and sudden cardiac death if left untreated. Now, researchers at the University of North Carolina School of Medicine found that the RNA-binding protein Lin28a is needed for the development of pathological hypertrophy.

Published in the journal Circulation, the discovery could have considerable impact on the development of more potent therapeutics for the treatment of heart disease, the leading cause of death in the United States and around the world.

“One of the initial steps of gene regulation is the transcription of a DNA sequence into RNA. However, post transcriptional regulation, by RNA-binding proteins has emerged as a critical regulatory layer for the control of gene function in health and disease,” said Jiandong Liu, Ph.D., associate professor of pathology and laboratory medicine at UNC and the study’s senior author. During pathological hypertrophy, the heart undergoes extensive structural changes that are known to involve profound alterations in cardiac gene expression.

“The identification of Lin28a as a new regulator of pathological cardiac hypertrophy adds RNA post-transcriptional regulation as a new mechanism underlying this important player in heart disease,” Liu added.

One of the major hallmarks of cardiac hypertrophy is a change in metabolism, as the hypertrophic heart relies more on glucose metabolism—when glucose is turned into energy for cells—than fatty acid oxidation, which is a different complex process cells use to create energy.

“It is interesting to note that most genes regulated by Lin28a at the early phase of cardiac hypertrophy are enriched in metabolism and metabolism-related cell pathways, and that Lin28a helps increase glycolysis and decrease fatty acid oxidation in hypertrophic hearts,” said Liu, who is also a member of the McAllister Heart Institute at UNC-Chapel Hill.

Through a number of research techniques including next generation sequencing, RNA immuno-precipitation, and gene expression analyses, the Liu research group also identified part of the mechanism by which Lin28a stimulates hypertrophy. His lab found that Lin28a targeted the gene Pck2, which encodes a key mitochondrial protein needed for the heart to enhance glycolysis.

“Our study provides strong evidence that Lin28a plays an important role in the cardiac stress response during pathological hypertrophy,” Liu said. “By directly binding to the Pck2 mRNA, Lin28a facilitates an important switch in metabolism processing that is needed for the heart to enlarge in response to stress.” These results are consistent with previous studies that also found that a switch in metabolism needs to occur before the heart can drastically enlarge.

Altogether, Liu’s findings support the idea that a switch in metabolism processing during the early stages of cardiac hypertrophy could be instrumental to the restructuring and enlargement of the heart in response to cardiac stress.