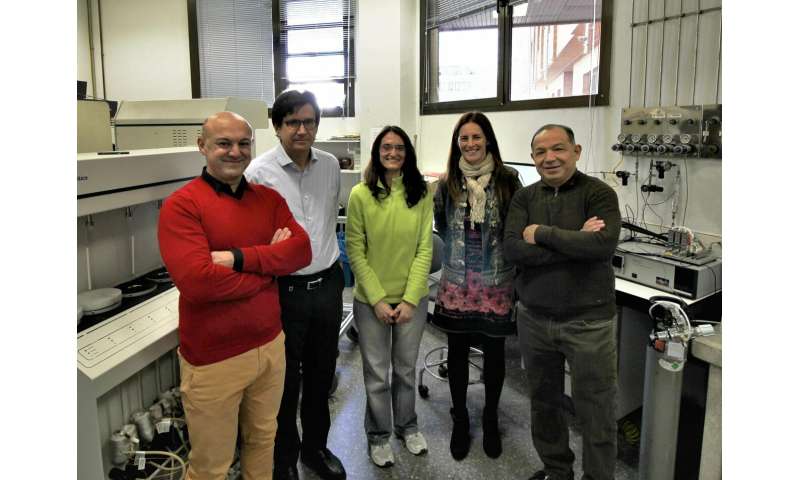 In Europe, prostate cancer is the most common type of cancer among men with an incidence greater than 100 cases per 100,000 individuals. Furthermore, it is currently the second most common cause of cancer-related deaths among men.

This pathology mainly affects elderly men: nine in 10 deaths take place after 65 years of age. Therefore, it represents a very serious health concern in developed countries, where the population of elderly men is majoritarian. In this context, even though docetaxel is the most used chemotherapy treatment for advanced prostate cancer, its high systemic toxicity limits both the dose as well as the duration of the therapy, which noticeably reduces its antitumour efficiency.

The tests conducted open the door for the future application of very effective treatments with very low doses of docetaxel.

“The antitumour activity of docetaxel was improved up to a hundredfold in the in vitro studies on prostate cancer cells with PSMA receptors,” highlights Pablo Botella, head scientist of the CSIC in the Chemical Technology Institute, mixed centre of the UPV and CSIC.

Following the in vitro study, the work is currently in a phase of in vivo pre-clinical tests. Meanwhile, clinical trials – phase I – should begin in under two years on a reduced number of patients.

Furthermore, researchers have also developed a new nanomarker which enables the identification of tumour tissue in the prostate with great accuracy. “Thanks to the PET image technique, we can flag the nanomedicine with a radioactive isotope which makes it possible to locate the malign tissue in the prostate with unicellular precision, which will facilitate the diagnosis of the disease in its initial stages, thus making its early detection easier,” adds Botella.

These results have been published in the journal ACS Omega, of the American Chemical Society (ACS).

The new nanomedicine developed by the researchers is a system based on porous silica nanoparticles, functionalised with the docetaxel medicine and a monoclonal antibody (anti-FOLH1) which selectively interacts with the PSMA receptors of prostate cancer cells. The system shows great stability in biological fluids and all its components are approved by the Food and Drug Administration (FDA, United States) for clinical use.