Introduction
Changes to the Architecture of the Brain
Metabolic and Genetic Aging
Cognitive Decline with Age
Can we Stop Aging?
References
Further Reading

Aging is an inevitable facet of life, and yet the biology underlying this actuality remains poorly understood. Despite impacting every organ in the body, aging cannot be attributed simply to a single pathway, and the mechanisms surrounding the significant changes in the brain are less clear.

The causes and mechanisms of aging have become important issues over recent decades, since declining mortality rates has increased life expectancy, rising by 6 years between 2000 and 2019, from 66.8 to 73.4 years. Therefore, the burden of age-associated disease has significantly increased. The line between normal and pathological aging is blurry, since all adults experience physiological and cognitive changes over time. However, the genetic, biological and environmental factors which drive these changes above the neurodegenerative threshold are yet to be elucidated.

Changes to the architecture of the brain

After the age of 40, the volume of the brain decreases and continues to decline at an accelerated rate after 70 years of age. Cerebral atrophy is the cause of decreased total volume and can also be attributed to increased ventricle volume and enlarged superficial sulci. The mechanisms which contribute toward this cell death are unclear.

It is debated that loss in cell volume may contribute more than cell number itself, in addition to a decline in synapse number. This process can be accelerated by injury, infection or neurodegenerative disorders, and some studies have identified sex as a modifying factor.

Abnormal myelination manifesting as white matter lesions (WML) can be identified via MRI and are also common hallmarks of aging. They reflect small vessel disease and are heavily associated with several neurodegenerative disorders such as Alzheimer’s disease (AD), Dementia and Parkinson’s.

Structural changes in the architecture of the brain are correlated so well with chronological age that recent studies using MRI images in conjunction with machine learning have been successful of predicting age with a mean absolute error of <5 years. This provides a potential use of neuroimaging to identify structural changes as a biological marker of aging and may be used to identify ‘accelerated’ or neurodegenerative variations.

Chronological aging is accompanied by senescence; an intrinsic decline in cell, tissue and organismal function which also contributes toward physiological deficits. This decline represents an imbalance between molecular damage and repair, and involves dysfunctional processes in mitochondrial function, protein degradation and oxidative stress responses.

Metabolic alterations in the brain include mitochondrial fragmentation, impaired electron transport and increased oxidative damage to mitochondrial DNA, which ultimately leads to a decline in energetic products such as NAD+ and the detrimental effects of reactive oxygen species. There is also evidence of reduced antioxidant action and impaired clearance of oxidatively damaged molecules.

These senescent pathways lead to accumulation of waste product and neurotoxic proteins due to reduced clearance by mitochondrial, antioxidant and glymphatic systems. Aggregation of proteins is characteristic of AD, which features amyloid beta plaques and neurofibrillary tangles, resulting in functional consequences on synaptic transmission.

Aging also features genetic signatures which include amassing of unrepaired DNA damage and the consequential loss of genomic integrity, resulting in increased errors during the production of RNA and protein products.

Age-related DNA damage has prominent effects in the brain since neurons are unable to perform double-stranded break repair, since they are permanently postmitotic. Instead, neuronal cells focus on repairing genes which are actively transcribed via homologous recombination, rather than repairing the entirety of the genome.

It is still unclear if some patterns of DNA damage may contribute towards age associated disorders or if the accumulation of damaged DNA simply occurs over time and is therefore a readout of age.

Modifications in the structural and chemical composition of the brain during aging have behavioral consequences. The most homogenous change in cognitive function with age is memory. Age-related differences have also been identified in working memory, attention, and executive function tasks.

These ‘non-pathological’ cognitive changes are thought to be due to increased susceptibility to distraction during task performance and reduced processing speed. However, understanding the mechanisms which differentiate between better or worse performance in older individuals has been a challenge. Cerebral atrophy may be a mechanism that contributes toward pathogenic cognitive decline in neurodegenerative disorders.

A meta-analysis identified that volume loss in distinct regions such as the hippocampus and entorhinal cortex was associated with mild cognitive impairment (MCI).  Moreover, other studies have identified changes in hippocampal atrophy rates in MCI patients who concurrently progressed to a diagnosis of AD. Considering these brain structures have a pivotal role in memory, it is unsurprising they are associated with disorders associated with memory loss.

Can we stop aging?

Although chronological aging is universal for everyone, there are individual differences in biological aging, and it may be possible to slow the biological processes to better protect the brain. There are several lifestyle changes that may play a protective role in age-related cognitive declines such as exercising, energy restriction and antioxidant supplementation.

Interestingly, however, moderate consumption of alcohol (1-6 drinks per week) has been associated with a lower risk of dementia, compared to abstention, demonstrating that slowing the aging process may be more complex than reversing age-related damage. 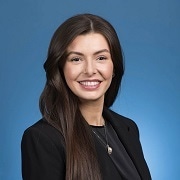