Jeffrey I. Gordon, MD, the Dr. Robert J. Glaser Distinguished University Professor at Washington University School of Medicine in St. Louis, is a recipient of this year’s Balzan Prize for his role in founding the field of human gut microbiome research and revolutionizing the understanding of gut microbes and their roles in human health and disease.

Each year, the International Balzan Foundation recognizes scholarly and scientific achievements, awarding four prizes in two general categories: Literature, Moral Sciences and the Arts; and the Physical, Mathematical and Natural Sciences and Medicine. The prizes for the 2021 honorees will be presented July 1 at a ceremony in Bern, Switzerland.

This year’s other award in science went to Italian physicist Alessandra Buonanno and French physicist Thibault Damour, who were recognized for their research into the detection of gravitational waves. The award for holocaust and genocide studies went to Saul Friedlander, a Holocaust survivor who was honored for his work broadening the perspective on the history of the Holocaust. The prize recipient for art and archaeology of the Ancient Near East had yet to be announced Monday, Sept. 13.

Gordon, also the director of the Edison Family Center for Genome Sciences & Systems Biology at Washington University School of Medicine, has been a pioneer in developing ways to study the tens of trillions of microbes that live in the gut and understand how they function. His work has demonstrated that gut microbes play a causal role in defining our nutritional status. Harnessing this knowledge, Gordon is combating the devastating impact of childhood malnutrition through repairing the gut microbial communities with therapeutic foods or next-generation probiotics.

“I am incredibly grateful, honored and humbled that the Balzan Foundation has selected me and the extraordinary group of students, staff and colleagues that I have been so fortunate to work with for this year’s prize,” Gordon said. “It is also a great honor to be recognized alongside such esteemed scholars in other areas of the sciences and humanities.”

Working with colleagues in Bangladesh, Gordon has developed therapeutic foods designed to support and nurture the development of a healthy gut microbiome in the first few years of life. A new therapeutic food was shown to repair defective microbial community development in children with malnutrition and restore their growth toward a normal trajectory. Gordon and his colleagues also have developed snack food prototypes that have been formulated to alter the human gut microbiome in ways that can be linked to improved health. 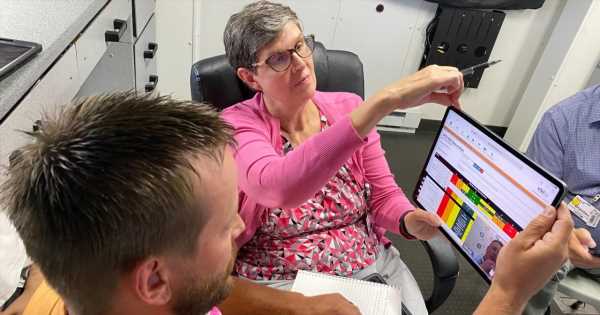