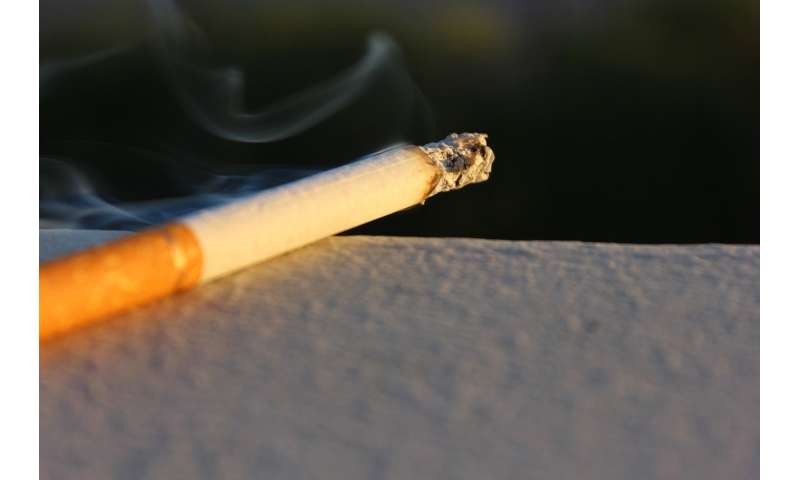 A simple set of decision-support tools combined with institutional buy-in can help increase the number of cancer patients who engage in treatment to help them quit tobacco, data from researchers in the Abramson Cancer Center at the University of Pennsylvania show. The study is based on researchers’ clinical experience with Penn’s Tobacco Use Treatment Service (TUTS), which combines technology tied to electronic health records with tried and true treatment methods to support patients in their efforts to kick their habit for good. The Journal of the National Comprehensive Cancer Network published the findings this month.

More than 50 percent of cancer patients who smoked before their diagnosis continue to smoke—even after their treatment is over—according to a report from the Surgeon General. That same report also concluded that quitting smoking improves the prognosis of cancer patients, leading to calls across the field of oncology to implement tobacco cessation treatments within cancer care.

TUTS was designed as a response to that call to action. Supported by the Cancer Moonshot and embedded in Penn Medicine’s Radiation Oncology Department, the program systematically identifies smokers through electronic health records, provides personalized and persuasive advice to quit smoking, and facilitates referrals to evidence-based smoking cessation treatments, including counseling and FDA-approved medication for tobacco dependence. The program is co-led by Robert A. Schnoll, Ph.D., a professor of Psychiatry, and Frank T. Leone, MD, MS, an associate professor of Medicine both in the Perelman School of Medicine at the University of Pennsylvania.

In TUTS’ first 12 months, the rate of cancer patients engaging in tobacco cessation treatments at Penn went from 0 percent to 36 percent, with 85 different oncologists using the tool. While TUTS launched in Radiation Oncology, 57 of the clinicians who used it were Hematology-Oncology physicians. The researchers point to the TUTS team’s commitment to engaging with cancer center leadership and involving a multi-disciplinary team as a reason for the high level of buy-in.

“Seeing a high number of clinicians from two different specialities use this tool indicates a level of institutional support that has proven critical to the successful launch of our program,” said lead author Brian Jenssen, MD, an assistant professor of Pediatrics and a primary care pediatrician at Children’s Hospital of Philadelphia.

The continuous dialogue that has resulted has informed the program even as it takes off. Feedback from oncologists flagged several barriers for TUTS, including low patient willingness to engage in treatment and a perception that the treatments themselves wouldn’t work. That communication allowed the TUTS team to provide additional support in these areas. As a result, the rate of cancelled orders for tobacco intervention dropped 18 percent in the year after the program launched.

The researchers say their data have limitations and specifically note that 12 months of data is not enough to fully understand the program’s impact. However, they note that the lessons learned so far can help other oncology practices looking to implement similar programs. They also note the importance of the Moonshot funding, which came through the National Cancer Institute’s Cancer Center Cessation Initiative (C3I).