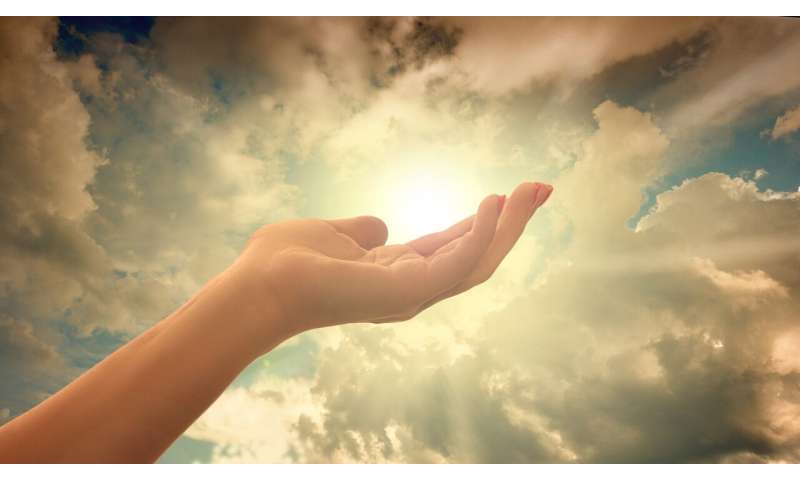 People over the millennia have reported having deeply moving religious experiences either spontaneously or while under the influence of psychedelic substances such as psilocybin-containing mushrooms or the Amazonian brew ayahuasca, and a portion of those experiences have been encounters with what the person regards as “God” or “ultimate reality.” In a survey of thousands of people who reported having experienced personal encounters with God, Johns Hopkins researchers report that more than two-thirds of self-identified atheists shed that label after their encounter, regardless of whether it was spontaneous or while taking a psychedelic.

Moreover, the researchers say, a majority of respondents attributed lasting positive changes in their psychological health—e.g., life satisfaction, purpose and meaning—even decades after their initial experience.

The findings, described in a paper published April 23 in PLOS ONE, add to evidence that such deeply meaningful experiences may have healing properties, the researchers say. And the study’s design, they add, is the first to systematically and rigorously compare reports of spontaneous God encounter experiences with those occasioned, or catalyzed, by psychedelic substances.

“Experiences that people describe as encounters with God or a representative of God have been reported for thousands of years, and they likely form the basis of many of the world’s religions,” says lead researcher Roland Griffiths, Ph.D., professor of psychiatry and behavioral sciences at the Johns Hopkins University School of Medicine. “And although modern Western medicine doesn’t typically consider ‘spiritual’ or ‘religious’ experiences as one of the tools in the arsenal against sickness, our findings suggest that these encounters often lead to improvements in mental health.”

The historic and widespread anecdotal evidence for their benefits led to the research team’s latest effort to research the value, and possible downsides, of such encounters, Griffiths says.

For the new study, the scientists used data from 4,285 people worldwide who responded to online advertisements to complete one of two 50-minute online surveys about God encounter experiences. The surveys asked participants to recall their single most memorable encounter experience with the “God of their understanding,” a “higher power,” “ultimate reality” or “an aspect or representative of God, such as an angel.” They also asked how respondents felt about their experience and whether and how it changed their lives.

About 69 percent of the participants were men, and 88 percent were white. Of those who reported using a psychedelic, 1,184 took psilocybin (“magic mushrooms”), 1,251 said they took LSD, 435 said they took ayahuasca (a plant-based brew originating with indigenous cultures in Latin America), and 606 said they took DMT (N,N-dimethyltryptamine), also a naturally occurring substance found in certain plants and animals.

Of the total participants, 809 were those who responded to the non-drug survey, whereas 3,476 responded to the psychedelics survey. Respondents were an average age of 38 when they took the survey. The people who said they had a God encounter experience when on a psychedelic reported that these experiences happened at age 25 on average, whereas those whose experience was spontaneous reported having it at an average age of 35.

Among other key findings:

For future studies, Griffiths said his team would like to explore what factors predispose someone to having such a memorable and life-altering perceived encounter, and they would like to see what happens in the brain during the experience.

“Continuing to explore these experiences may provide new insights into religious and spiritual beliefs that have been integral to shaping human culture since time immemorial,” says Griffiths.z

Griffiths and the research team caution that the study relied on self-reported responses to a questionnaire, a method that carries substantial possibilities for biased or inaccurate responses among participants. They don’t advocate that people use hallucinogenic substances on their own because they carry not only legal risks, but also behavioral risks associated with impaired judgment under the influence and the possibility of negative psychological consequences, particularly in vulnerable people or when the experience isn’t safeguarded by qualified guides.

In addition, says Griffiths, “We want to be clear that our study looks at personal experiences and says nothing about the existence, or nonexistence of God. We doubt that any science can definitively settle this point either way.”

Griffiths has been researching psychedelic drugs for nearly two decades. Some of his earlier studies have used psilocybin to explore mystical-type experiences and their consequences in healthy volunteers, and the therapeutic potential of the drug in helping people to quit smoking or to ease mental distress in people due to a cancer diagnosis.