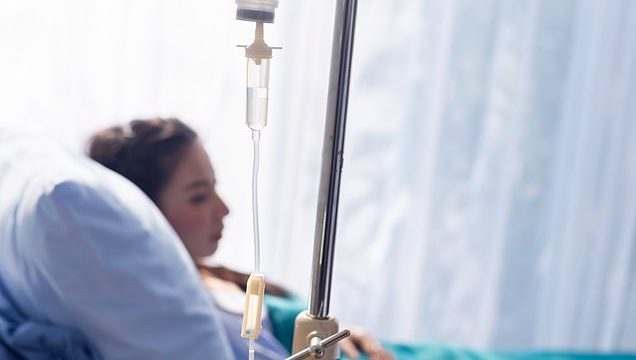 The incidence of bowel cancer in younger people has risen by a fifth in a decade, figures show.

Typically, the killer disease – which is mostly preventable – is considered to strike people who are over the age of 50.

But more and more people in their 20s, 30s and 40s are getting diagnosed with bowel cancer, according to a study.

The reasons for the trend remain unclear, but experts have previously warned that sedentary lifestyles, obesity and poor diets are to blame. 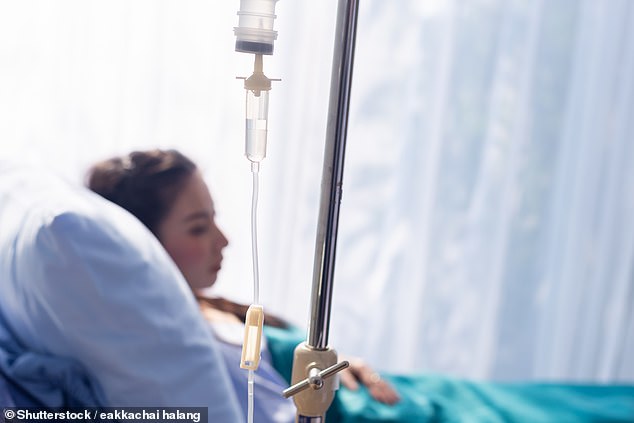 The incidence of bowel cancer in younger people has risen by a fifth in a decade, a study by the University of Texas at Austin found

The study by the University of Texas at Austin, led by Dr Boone Goodgame, analysed trends in bowel cancer, which is also known as colorectal cancer.

The researchers examined information from the National Cancer Database registry, which includes more than 70 per cent of new cases in the US.

Younger people were more prone to the deadliest forms, according to the findings, published in the journal Cancer.

WHAT IS THE NHS’ BOWEL CANCER SCREENING PROGRAMME?

Bowel cancer screening is offered to those aged 60 to 74 in England, Wales and Northern Ireland – but not anyone younger.

The main screening method is the faecal occult blood test (FOBT), which looks for hidden blood in stools. It is posted to people in the age range every two years — they then post a sample back.

Bowel cancer is the UK’s second biggest cancer killer – around 16,000 people die from it each year.

If caught early, at stage one, patients have a 97 per cent survival rate for at least five years, but discovered later, at stage four, this falls to just 5 per cent for men and 10 per cent for women.

Former Tory health secretary Lord Andrew Lansley launched a screening programme, called bowelscope, to detect signs of cancer for 55 year olds eight years ago. It was due to be rolled out nationally in 2016 – but fell foul of financial cuts.

Bowel cancer screening starts at 50 in Scotland. The decision to start 10 years later in the rest of the UK has been the subject of controversy.

BBC news presenter George Alagiah previously said his bowel cancer could have been caught earlier if the screening programme in England was the same as in Scotland.

He was first diagnosed four years ago, at the age of 58; last Christmas he was told that the cancer had returned and it’s now stage four.

More than half (51.6 per cent) of younger adults being diagnosed when they were in the most advanced stages.

Dr Goodgame said: ‘Several studies have shown that the rates of colorectal cancer in younger have risen slowly in the US since the 1970s, but for practicing physicians, it feels like we are seeing more and more with colorectal cancer now than we were even 10 years ago.

‘Until just last year, guidelines recommended colon cancer screening beginning at 50. Now many guidelines do recommend screening at age 45, but most physicians and patients don’t appear to be following those recommendations.’

Dr Goodgame noted that the cause of increasing rates is unclear, but emerging research suggests that it may be a combination of people being more overweight and changes in gut bacteria.

Although some experts blame obesity, drinking and poor diets high in red and processed meat, many patients have found this frustrating.

In England and Wales, screening starts at 60 years, which has been contested.

Public Health England has committed to screening which begins at 50, the same as Scotland. But experts have called for this to be lowered even further.

In May, Andrew Beggs, a consultant colorectal surgeon and Cancer Research UK advanced clinician scientist at the University of Birmingham, said: ‘In an ideal world we would start screening everyone at the age of 35 or 40, because I am now seeing a lot of people who are being diagnosed with bowel cancer in their late thirties.’

His comments came after research published in The Lancet found that in the UK, rates of the disease are rising by 1.8 per cent a year among those under the age of 50, while dropping by 1.2 per cent annually in older groups.

Another study found the cases are rising more than seven per cent a year among those in their 20s and 30s.

Published in the journal Gut, it analysed 20 European countries using data from more than 143 million people between 1990 and 2016.

If bowel cancer is caught early — at stage one — 95 per cent of men, and 100 per cent of women survive for five years or more.

In stage four, which is incurable, five-year survival rates fall to five per cent for men and 10 per cent for women.

Asha Kaur, head of policy and campaigns at Bowel Cancer UK, said: ‘Every year in the UK, more than 2,500 people under 50 are diagnosed with bowel cancer, a 48 per cent increase in the number of cases since 2004.

What is bowel cancer and what are the symptoms?

Bowel, or colorectal, cancer affects the large bowel, which is made up of the colon and rectum.

Most cases have no clear cause, however, people are more at risk if they:

More than nine out of 10 people with stage one bowel cancer survive five years or more after their diagnosis.

This drops significantly if it is diagnosed in later stages.

According to Bowel Cancer UK figures, more than 41,200 people are diagnosed with bowel cancer every year in the UK.

It affects around 40 per 100,000 adults per year in the US, according to the National Cancer Institute.