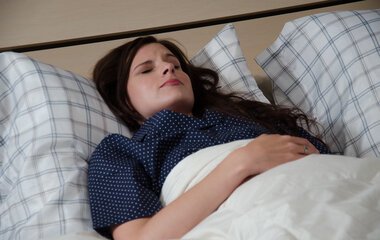 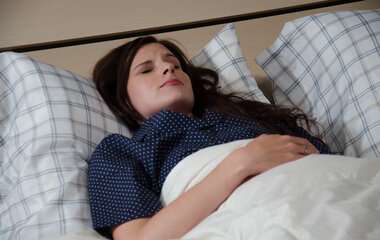 A new study of adults who were referred for evaluation of a suspected sleep disorder suggests that women tend to underreport snoring and underestimate its loudness.

“We found that although no difference in snoring intensity was found between genders, women tend to underreport the fact that they snore and to underestimate the loudness of their snoring,” said Nimrod Maimon, MD, MHA, principal investigator and professor at the BGU Faculty of Health Sciences and the head of internal medicine (B Ward) at Soroka University Medical Center in Be’er Sheva, Israel. “Women reported snoring less often and described it as milder.”

The study results are published in the March 15 issue of the Journal of Clinical Sleep Medicine.

The study involved 1,913 patients who were referred to a sleep disorders center at a university hospital for a sleep evaluation. They had an average age of 49 years. Participants were given a questionnaire that asked them to rate the severity of their snoring. Objective snoring volume was quantified using a calibrated digital sound survey meter during a sleep study that lasted an entire night. Snoring intensity was classified as mild (40—45 decibels), moderate (45—55 decibels), severe (55—60 decibels), or very severe (60 decibels or more).

According to the authors, there is a social stigma associated with snoring among women. Therefore, women may not reliably answer questions about snoring, which may contribute to the underdiagnosis of obstructive sleep apnea in women.

“The fact that women reported snoring less often and described it as milder may be one of the barriers preventing women from reaching sleep clinics for a sleep study,” Maimon said.