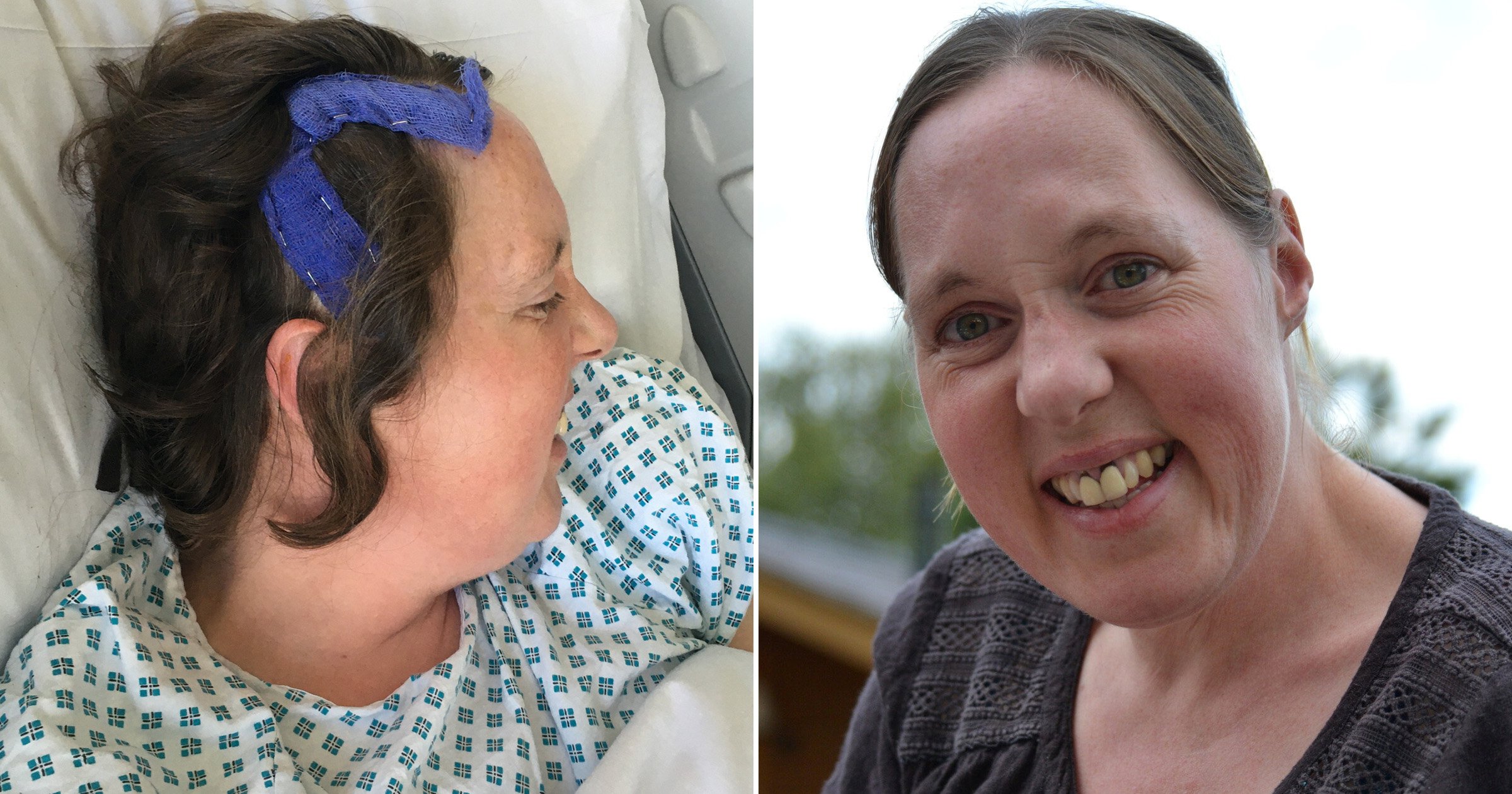 Care worker Janet Sykes, 44, thought her headaches and a sense of confusion had been caused by spending too much time in the hot sun – with temperatures reaching a new high this year.

Janet started suffering the symptoms after volunteering outside at a village fayre in May.

However, the painful headaches persisted and she was referred to a hospital in Reading for an MRI scan.

Tragically, a week later it revealed a deadly mass on her brain.

The next morning Janet was told the mass was a high-grade glioblastoma multiforme (GBM) – and she was unlikely to live for more than five years.

As temperatures are set to break UK records, Janet is keen to speak out amid a campaign to publicise the symptoms of GMB.

She said: ‘Hearing this outcome I was in floods of tears.

‘I went from thinking I had sunstroke to, a week later, finding out I had terminal brain cancer – I was distraught.’

A month after the devastating news, Janet had debulking surgery to have half of the tumour removed.

Janet added: ‘Before I went in to surgery, doctors told me that I could be left with life-changing injuries, which is why there is still half the mass on my brain.

‘I am currently receiving radiotherapy and chemotherapy to target the remaining cancer.

‘So far I am half way through a six-week course of radiotherapy and a week into chemotherapy and I feel well.

‘I know that this may change but I am very much of the mind of dealing with my diagnosis one day at a time.’

Janet is due to finish her treatment at the end of this year and will be monitored with regular scans to check for any regrowth.

Janet and her husband Steve, have been open about her diagnosis with their two young children.

She said: ‘Telling the children was hard.

‘We took them out of school and spent the day together, as a family and at lunchtime we were honest and had a very tearful conversation with them.

‘Certainly for me, having a brain tumour wasn’t something I thought about – you donate money to the cause and then get on with your day.

‘My hope is to get back to “normal life”, at the moment I’m trying not to think beyond January 2023.’

According to Brain Tumour Research, GBM is the most commonly diagnosed high-grade brain tumour in adults.

It’s fast-growing and the average survival time is just 12 to 18 months, while treatment options are extremely limited and there is no cure.