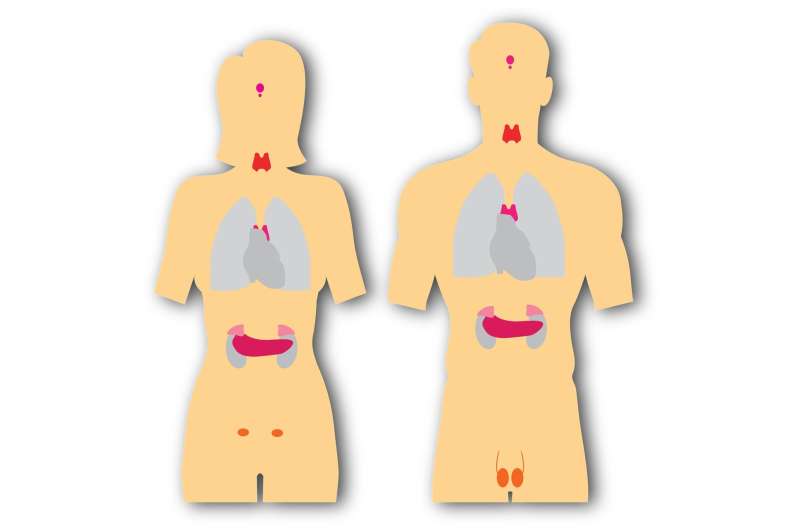 European countries have seen stocks of iodine fly off the shelves due to fears it may be needed to counter the risks of thyroid cancer if Russia’s invasion of Ukraine causes a nuclear incident.

France said it would send 2.5 million doses of the chemical compound to Ukraine after Russian forces there seized the defunct Chernobyl nuclear site and damaged Zaporizhzhia, Europe’s largest atomic plant.

Here are some facts about iodine.

Stable iodine—potassium iodide—enables the thyroid gland in the neck to produce hormones that are essential for brain development and vital bodily functions. The body does not make iodine so it is key to the diet.

Can iodine help in a nuclear accident?

A serious incident at a nuclear facility would release radioactive iodine into the atmosphere. If this is inhaled or eaten in contaminated food, it can increase the risk of thyroid cancer—an effect observed after the Chernobyl nuclear disaster of 1986.

Tablets of stable, non-radioactive iodine help prevent radioactive iodine concentrating in the thyroid gland. Saturated like a sponge with stable iodine, the gland can no longer capture the radioactive element, which is then flushed out of the body naturally though the urine.

Does iodine work in all circumstances?

Iodine tablets do not protect against other radioactive elements. They do not provide immunity to radiation and are not a permanent cure.

The French Nuclear Safety Authority (ASN) told AFP that iodine only protects the thyroid and the most important thing to do in a nuclear incident is to take shelter in a hard building.

The tablets must be taken at precise times—ideally, one hour before exposure to radiation and, at the latest, in the 6 to 12 hours following exposure.

They are recommended in particular for pregnant women, babies, children and young people.

“There is no point in taking iodine tablets as a prophylactic,” the ASN warned. “It’s pointless and it can cause undesirable effects or allergies.”

Taking too much iodine can cause the thyroid to malfunction and damage the heart and kidneys.

Belgians have also been warned of the risks but have nonetheless reportedly rushed to buy the pills.

How readily available are iodine pills?

Iodine tablets area only administered on the advice of the authorities. Chemists do not provide them to the public under other circumstances.