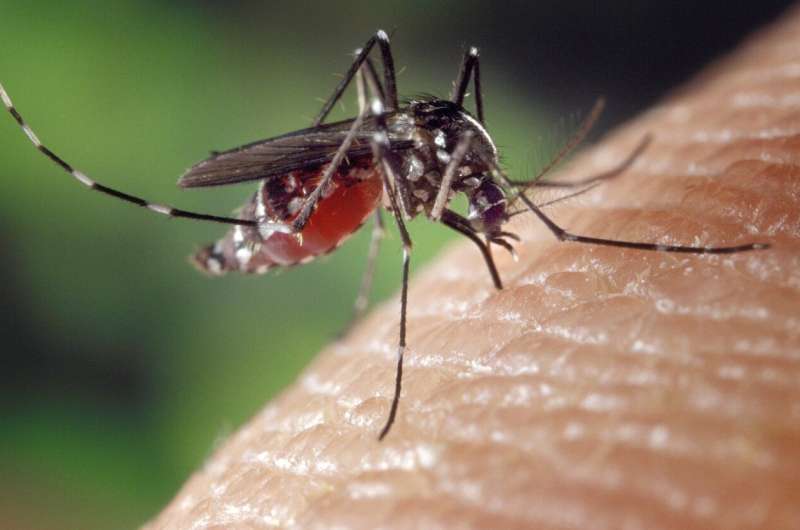 As if COVID, monkeypox and triple-digit heat indices aren’t enough to make you consider sealing yourself inside an air-conditioned hazmat suit, the announcement by Florida’s health department that confirmed the first locally transmitted case of dengue in Miami-Dade County might be enough to get you asking about measurements for such a suit.

Miami-Dade, in fact, is under a mosquito advisory.

You almost certainly have questions about mosquitoes and dengue fever and we have some answers.

The Herald spoke with Dr. Mary Jo Trepka, professor and chair of the Department of Epidemiology at Florida International University’s Robert Stempel College of Public Health & Social Work, as well as representatives from the Florida Department of Health in Miami-Dade and the Miami-Dade Mosquito Control Division.

Here’s some of what you need to know:

Dengue is a virus transmitted by the bite of infected female mosquitoes in the Aedes aegypti and Aedes albopictus species, according to the Centers for Disease Control and Prevention and World Health Organization. These mosquitoes can also carry the chikungunya, yellow fever and Zika viruses.

What are the symptoms?

The most common symptom of dengue is fever but people can also feel nauseous, vomit, develop a rash, have muscle, joint and bone aches and unusual bleeding and bruising. Typically, people recover after a week.

Other symptoms include headache, pain typically behind the eyes, muscle, joint, or bone pain, according to Florida’s health department.

Severe dengue can occur resulting in shock, internal bleeding and death. Most cases of severe dengue have occurred in Asian and Latin American countries, resulting in a leading cause of hospitalization and death among children and adults in these regions, according to the World Health Organization.

“If you or a family member develop the mentioned symptoms, visit your health care provider or local clinic,” the health department urges.

Most people infected with dengue have mild or no symptoms. Those that do develop symptoms typically recover after about one week, said the Florida Department of Health in Miami-Dade.

About 1 out of 20 people who initially get sick with dengue will develop severe dengue, Trepka said.

“People at risk of severe dengue include infants, pregnant women, people with chronic conditions such as diabetes, obesity and asthma and, very importantly, people who have had a previous dengue infection—that would be more likely in people who have lived in or traveled frequently to countries that are endemic for dengue including many Caribbean and Latin American countries,” she said.

Does it matter where you got bit?

Yes, Trepka explained. To be clear, “where” means where you were when you got bitten by an infected mosquito, not where the skeeter bit you on your body.

“The important distinction is imported vs. locally acquired,” she said. “Imported means that a person was traveling in a country or area with endemic dengue and most likely was infected there. Locally acquired means that local mosquitoes bit an infected person and then bit another person. That is serious because it means that we may start having a human-mosquito dengue virus cycle in Florida leading to dengue becoming a serious problem here. That is why mosquito control is so critical as part of the response to locally acquired cases.”

Dengue is not transmitted person to person the way COVID-19 or monkeypox gets passed.

“Rather, dengue is transmitted from person to mosquito to person to mosquito to person. Therefore, anyone who was traveling and got infected while traveling can return back to Florida infectious. This happens not only with dengue but also malaria. Then if Florida mosquitoes bite that returning, infectious traveler, they become infective. They then can bite other people, thereby spreading the virus,” Trepka said.

What should travelers do?

Dengue is endemic in much of the Caribbean and Latin America at this time, according to health experts. It would be advisable that if you wanted to travel to a foreign country you should visit the CDC’s International Health website at wwwnc.cdc.gov/travel/destinations/list ahead of your trip. That way you could get comprehensive information about what you need to do to protect yourself against mosquito-borne and other infectious diseases during your trip.

Have we had other outbreaks in Miami?

“This is the time of year when we see more mosquito-borne illnesses; in fact, we typically see more cases beginning in June and all the way up to December—think hurricane season!” Trepka said. “We typically also see West Nile virus cases this time of year. This is when we have had locally acquired dengue fever cases, and this is also the time of year when we had our Zika outbreak in Miami-Dade” (in 2016). Chikungunya is another mosquito-borne illness that we have experienced in Miami-Dade County.”

How to protect yourself from mosquitoes

“All of these diseases can be prevented by good mosquito control. That includes not just the county Mosquito Control Department doing its work, but also people individually getting rid of standing water around their homes to collectively reduce the risk of mosquito-borne disease in the community,” Trepka said. “So now it is really important for people to get their window screens fixed if necessary and scan around their homes for standing water.”

How to use repellents

“Acetaminophen reduces fever and helps with some of the muscle pain but does not have any effect on blood clotting and doesn’t exacerbate bleeding problems that may be occurring with dengue,” she said.

“However, it is very important that people follow the instructions with respect to dosage as an overdose of acetaminophen can permanently damage the liver. Furthermore, people need to look at the labels of all the over the counter medications they are taking. Many cold and flu remedies already contain a significant amount of acetaminophen.”

If you are feeling symptoms and are concerned, especially if you are feeling sicker, let your doctor know as soon as possible and let him know where you were when you got bit, if you know. Severe cases ought to be monitored in an intensive care unit.

Are there tests for dengue?

“The tests for dengue include nucleic acid amplification tests of serum or IgM antibody (test of acute infection) tests. That would be something a doctor would order if a person had symptoms,” Trepka said.

Is there a vaccine for dengue?

There is a new dengue vaccine in the United States but it is only authorized for children who live in endemic areas, according to the CDC. The vaccine is called Dengvaxia and authorized for children 9-16 years old who live in endemic areas in the U.S., which means the U.S. territories of American Samoa, Puerto Rico and the U.S. Virgin Islands, Trepka explained.

“The situation is complicated,” she added. “Children require testing prior to their vaccination to document that they have had a previous dengue infection. If the child had dengue infection before the vaccination, is vaccinated, and are exposed to the virus again, they will be unlikely to have a severe infection.”

There is no authorized vaccine for any other groups in the United States.

Is there a difference between dengue and Zika?

They are both transmitted by the same mosquito species—Aedes aegypti and Aedes albopictus—two mosquito species we have in the United States. That means that prevention is the same.

They are different viruses, but they belong to the same genus known as flaviviruses.

“What is distinctive about Zika is that the virus likes to attack neural tissue. That is why the fetuses of pregnant women are vulnerable. If the pregnant women is infected, her fetus can get infected, in which case the virus attacks the growing brain leading to babies being born with microcephaly (small brains) and other severe birth defects,” Trepka said.

“So while Zika is not generally a serious illness and almost always results in a mild infection, it can be devastating to pregnant women, their babies and families. In contrast, dengue can lead to severe hemorrhagic fever relatively frequently—1 out of 20 people who are symptomatic—and while a fetus can become infected with dengue too, the result is more nonspecific with low birth weight and premature birth,” Trepka said.

Are there travel advisories?

There are no travel advisories at this time.

Where was the Miami-Dade case found?

Citing HIPPA privacy rules, the Miami-Dade County health department would not pinpoint the region in the county where the first dengue case of 2022 was found on July 18.

Where is dengue most prevalent?

According to the World Health Organization’s Pan American Health Organization as of June, the latest measurement period, there were 1,238,528 dengue cases, including 544,125 confirmed cases and 426 associated deaths, in the Americas. This is an increase of 543,500 cases and 217 deaths since May 4.

The United States had 104, which is the North American total.

This doesn’t account for Monday’s confirmed case in Miami-Dade County.

Cuba had 450 cases, according to the Pan American Health Organization’s figures.

The five countries reporting the most cases of dengue are: