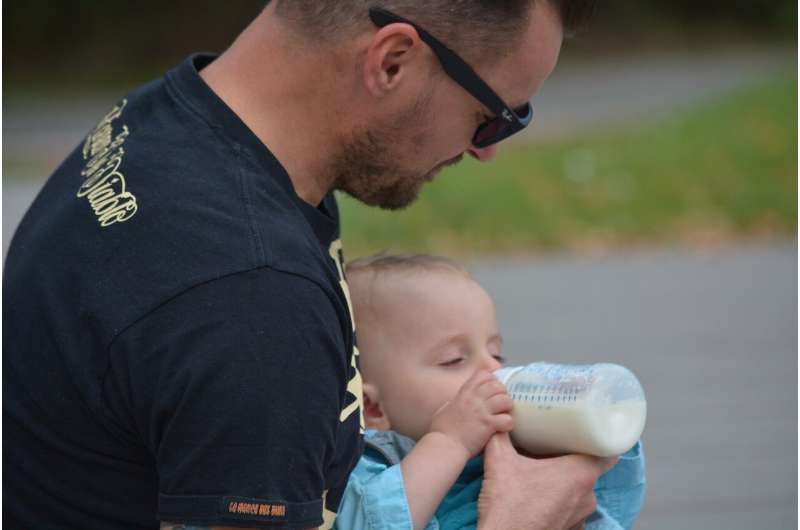 Dr. Shenkman Lachberg and his research associates surveyed 72 lesbian mothers by donor insemination (36 couples), 78 gay fathers by surrogacy (39 couples), and 72 heterosexual parents (36 couples), on their desire to parent more children and their ideal number of children. The findings indicated that there are no differences between the groups in their desire for more children, nor with regards to their ideal family size.

Israel has one of the highest fertility rates in the Western world, with the average number of children in an Israeli family being about 3.1, compared to about 1.5 in most European countries. Israel is also considered a powerhouse of in vitro fertilization (IVF), boasting the highest number of fertility clinics in relation its population. In such a family-centered culture which encourages high birth rates, the question arises: What are the variables that contribute to the desire to have more children? And what is the ideal number of children in a family?

The main research hypothesis was that, as was the case in previous surveys of lesbians, gays and heterosexuals without children, lesbians and gays would report a lesser desire to be parents of more children compared to heterosexuals, as well as a smaller ideal family size. This is in light of an awareness of the difficulties involved in LGBT parenting.

Previous studies have also shown that heterosexuals without children report a greater desire to be parents than childless lesbians and gays. The findings of the present study demonstrate that, contrary to the researchers’ hypothesis, there is no difference between same-sex parents and heterosexual parents when it comes to their desire for more children, nor do they differ in their ideal number of children in the family (in the three types of families surveyed, the ideal number was around three children, similar to the national average).

The researchers also showed that, regardless of the parents’ sexual orientation, a greater desire for more children was significantly correlated with the parents’ younger age, a low level of affinity to religion, a lower attribution of responsibility to children for misbehavior, and a low discrepancy between their actual and ideal number of children.

The explanation offered by the researchers for this lack of differences is that in Israel, which promotes childbirth and family, lesbians and gays who became parents “broke the glass ceiling” with regards to family. After becoming parents, the societal pressure to have more children appears to be the same, regardless of sexual orientation.

Dr. Geva Shenkman Lachberg of the Baruch Ivcher School of Psychology at Reichman University says that “in recent years, more and more lesbians and gays are becoming parents. In Israel, it has been suggested that parenting in general (regardless of sexual orientation) is the ‘entry ticket to the social consensus.’ However, until now, no study has been conducted comparing lesbian or gay parents with heterosexual parents in terms of their desire for more children or their ideal number of children, as we did here.”

The researchers explain this by saying that most of the previous studies that have found a connection between religiosity and the desire to have more children were conducted among heterosexuals, and that when it comes to a sample that includes lesbians and gays, it seems that religion, which often does not support their lifestyle, may actually conflict with LGBT identity or LGBT families. Correspondingly, a lower level of importance attributed to religion was associated with a greater desire for more children.

Studies in Israel and around the world have been conducted comparing lesbians, gays and heterosexuals without children regarding their desire to become parents in the future. These studies have shown quite consistently that lesbians and gays report a desire to parent, though at a lower level than heterosexuals.

The main explanations offered for this were that same-sex parents are aware of the high economic and legal costs associated with fertility treatments, surrogacy and adoption, are concerned about social stigma regarding their parenthood, and assess their chances of success in becoming parents to be lower in comparison with heterosexuals. Another common explanation is that heterosexuals are under stronger social pressure to be parents than lesbians and gays.