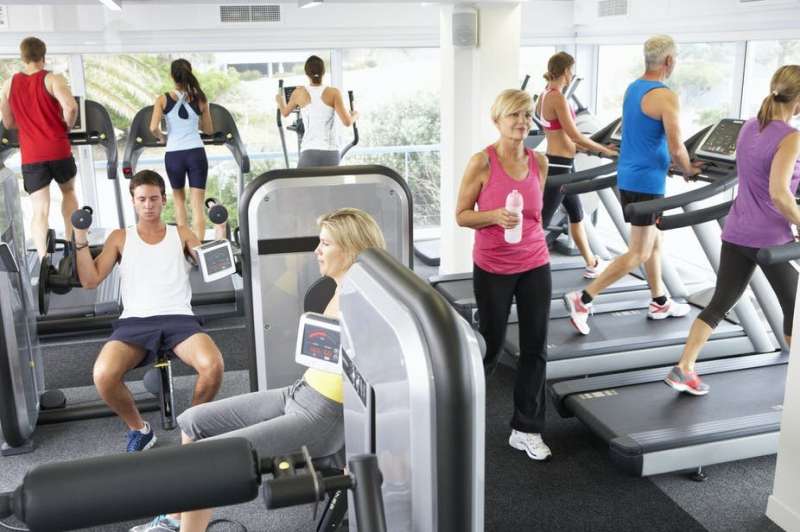 We’re all told time and again just how important it is to exercise for good health. But with our busy schedules, finding the time to work out is often easier said than done. For many of us, the weekend is the only time we can get to the gym or go for a run.

U.K. exercise guidelines suggest that adults should do at least 150 minutes of moderate exercise (or 75 minutes of vigorous exercise) a week for good health. But debate is growing around the issue of whether or not you can still get the benefits of exercise if you squeeze it all in on a weekend (sometimes called “weekend warrior” exercise) instead of spreading it throughout the week. This is what a recent study sought to find out.

They found that weekend warrior exercise still has many benefits to health—with the study showing people who only exercise two days a week had lower risk of premature death from any cause, compared to people who do not exercise. But, they also found that spreading your workouts throughout the week was associated with the greatest benefits for your health.

To conduct their study, the researchers looked at more than 60,000 adults aged 40 and over. Data on the participants was collected by the Health Survey for England and the Scottish Health Survey between 1994 and 2012. Participants were also asked about their exercise habits.

Participants were then categorized as being a “weekend warrior” (meeting recommended activity guidelines over a minimum one to two days per week), “regularly active” (meeting recommended activity guidelines over a minimum of three days per week), “insufficiently active” (exercising less than recommended) or “inactive.” Using data from the surveys and The British National Health Service Central Registry for Deaths, the authors then compared how many from each category had died during the study.

Of course, regularly active people had the best health overall—and had a 5% lower risk of premature death from any cause compared to weekend warriors. This finding is consistent with previous research, which suggests the more exercise you do, the more beneficial it is to your health. But this is only true up to a certain point—with research showing that doing more than five times the minimum recommended weekly activity (the equivalent of around 12.5 hours of moderately exercise, or just over six hours of vigorous activity) has no added benefits.

It’s well-known that exercise improves our cardiorespiratory fitness, which is important for making sure our heart and lungs function effectively. Not only does this allow us to exercise longer and more intensely, it also improves other aspects of our health—such as lowering blood pressure. This is also likely the reason research shows people who exercise regularly have lower risk of premature death from any cause.

Exercise also lowers body fat and reduces inflammation, which may all explain why physical activity reduces risk of death from cancer.

But research shows that how often you exercise is also important for improving and maintaining fitness. In fact, as little as 72 hours between workouts is enough for “detraining” to happen. This refers to the partial or complete loss of training adaptations (such as better cardiovascular function) that happens when we stop exercising. While some detraining is likely to happen in people who only exercise on weekends, consistently training—even if it’s only on weekends—will still lead to adaptations that are good for health.

While this research gives hope to those who can’t exercise regularly, it must be interpreted with caution. The study has limitations, as acknowledged by the authors. The data was self-reported by participants, some of whom may have embellished the amount of exercise they really did. Also, the amount of exercise participants reported on only referred to the amount they did in the four weeks prior to the interview, which might not actually represent how much they did for the duration of the 20-year study. The researchers also excluded the physical activity a person did as part of their job. This is relevant as it can also contribute to lower risk of death from disease.

The key message from this study is that doing some physical activity is better than doing nothing. So if you can only get your workouts in on weekends, you’re still likely to have better health compared to someone who does not exercise regularly. But the more regular physical activity you can do, the better.