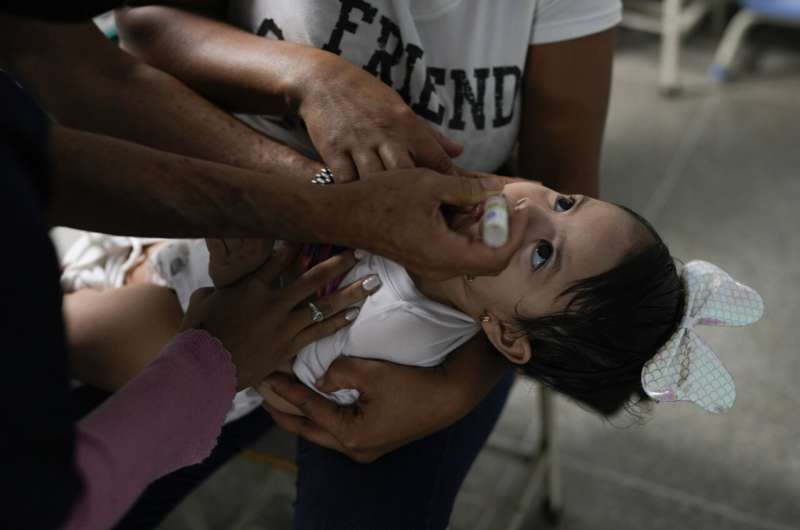 The wails pierced the walls of the walk-in clinic tucked among rundown homes in the heart of Venezuela’s capital. Artemis Parra got one vaccine in each arm, for polio and measles. The shots were free at the government site, and they filled gaps in the 1-year-old’s vaccination record. But they weren’t enough to meet national requirements for children her age. Artemis needs two more, at a cost of $400—a bill her unemployed mother and government-worker father can’t afford.

Public health officials have long warned that Venezuela, with an unraveling health-care system and roughly a decade of political unrest, has alarmingly low vaccination rates. The country is banned from purchasing vaccines through a regional system that offers affordable prices until it pays off an $11 million debt—largely the result of a power struggle between the government and the U.S.-backed opposition.

Specific data on vaccination rates have been elusive in Venezuela, where institutions are shrouded in secrecy, corruption and bureaucracy. The country hasn’t published rates since 2015.

But an Associated Press analysis of rare government data and estimates from public health agencies shows that Venezuela’s vaccination crisis is growing, putting it among the world’s worst countries for inoculating children against potentially fatal diseases.

Many children lack several of the 10 vaccines recommended by 12 months of age, to protect against 14 diseases including polio, measles and tuberculosis. Two of the shots—one that prevents life-threatening diarrhea and one that protects against respiratory viruses—have hardly been given at all over the past several years. 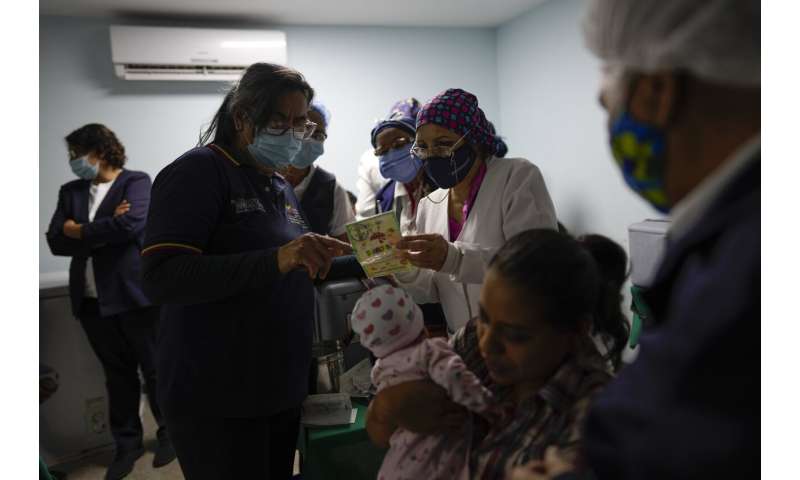 Rates are lowest in states far from the capital and large cities. Government and opposition officials trade blame, but most agree: There are not enough shots for a population that desperately needs them in a country plagued by supply issues.

Vaccination experts say the political turmoil in Venezuela is largely to blame, with t he COVID-19 pandemic exacerbating access issues.

“In situations of conflict, you often see a variety of different parties using the provision of health services as a way of generating favor,” said Katherine Bliss, director of the Immunizations and Health Systems Resilience program at the Washington-based Center for Strategic and International Studies.

Bliss said overall vaccination rates dropped globally during pandemic lockdowns, and many nations rebounded. But Venezuela and others in Latin America struggled. They cannot fully fund vaccination programs but don’t qualify for the aid available to the poorest nations. 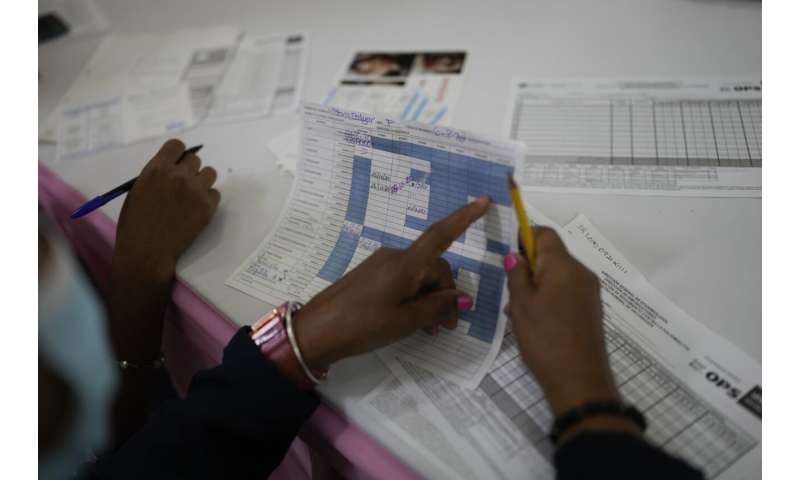 Data from Venezuela’s health department breaking down the percentage of children who have been immunized according to the nation’s vaccination schedule—provided to the AP by a medical professional on the condition of anonymity, for fear of retribution—show that roughly 70% of children had received one shot against measles but less than 30% had the standard required second dose. In the two southeastern states along the border with Brazil, the rate for the second dose is as low as 15% for that smaller, rural population.

Globally, 84% of children received a first dose; 70% got two, according to World Health Organization and UNICEF data.

The Venezuelan government didn’t respond to inquiries from AP about the vaccine crisis.

For Artemis Parra, the vaccinations missing after her clinic visit were for rotavirus, which causes diarrhea and vomiting, and pneumococcal disease, responsible for pneumonia and other infections. United Nations agencies estimate the national rate at zero for both shots. The Venezuelan document obtained by AP doesn’t list either vaccine. 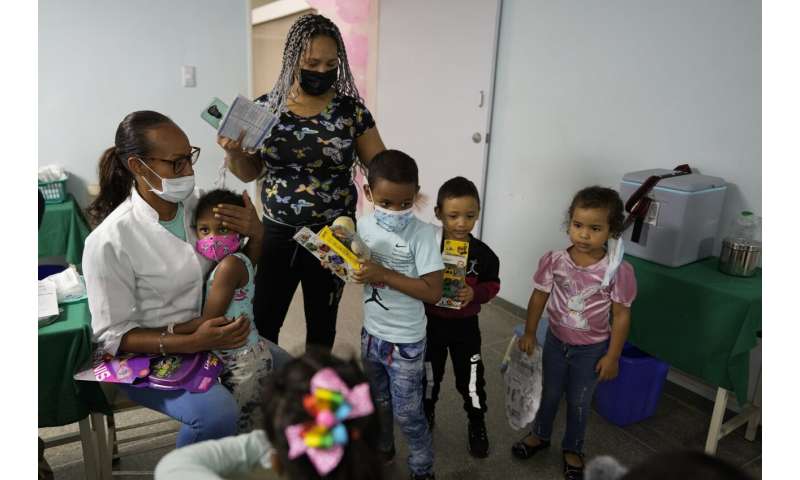 The clinic was part of a campaign to get measles, rubella and polio shots in children’s arms. Vaccines began arriving in June through the Pan American Health Organization, WHO’s arm in the Americas. It’s unclear how they were purchased.

Venezuela has traditionally bought most of its supply through PAHO’s Revolving Fund for Access to Vaccines, which consolidates demand from participating countries and leverages purchasing power for lower prices.

Despite Venezuela’s debt, the government and PAHO got 4.4 million shots for the drive. PAHO didn’t answer AP’s inquiries about the source of payment.

For families, the vaccine source isn’t important. Clinics mean protect for children at no cost

At 4 a.m. on a mid-June Saturday, Dimas Campos was first in line to get his 19-month-old got shots. Campos told other parents one way to obtain remaining vaccines: Travel to Colombia, 500-plus miles from Caracas. By car, the trip takes at least 13 hours. Buses take longer. 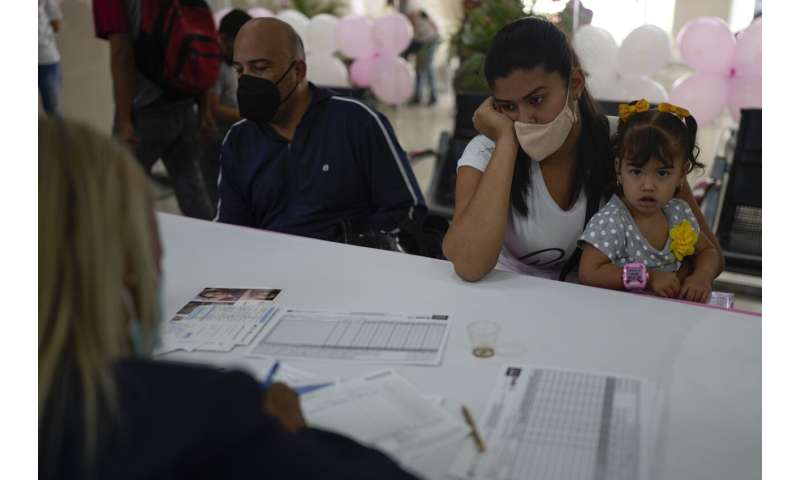 “You get on the bus at night, arrive in the morning, get vaccinated,” Campos said. His family estimated they’d spend $100 for the trip for free shots at a humanitarian aid site, versus $400 at a private Venezuelan practice.

Venezuela and other countries face a deadline of Friday to order vaccines for next year from PAHO’s Revolving Fund.

Dr. Ciro Ugarte, of PAHO, insisted Venezuela can’t make purchases: “The debt of Venezuela to the revolving fund for vaccines is still on.”

AP’s analysis shows that dips in vaccination rates matched periods of political decline. A downward trend began in 2016, just before the U.S. and other countries imposed broad economic sanctions to try to topple President Nicolás Maduro. 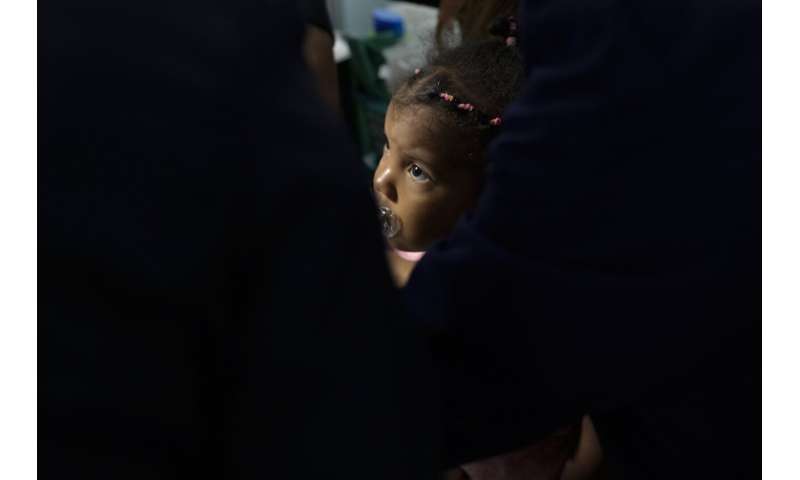 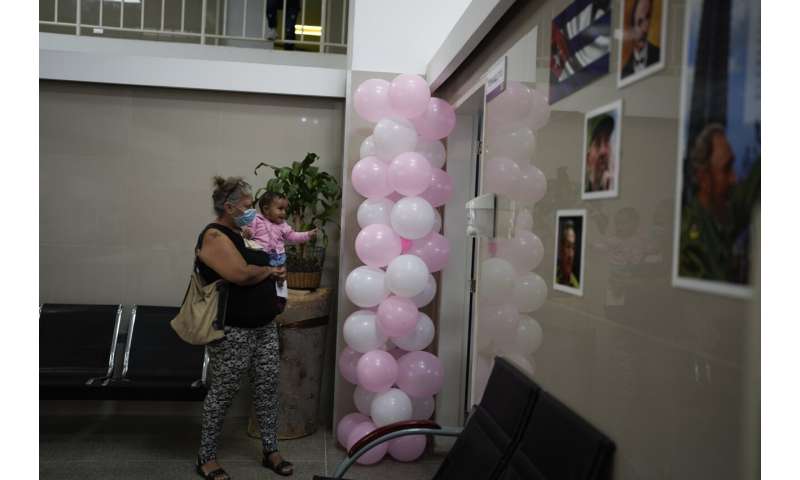 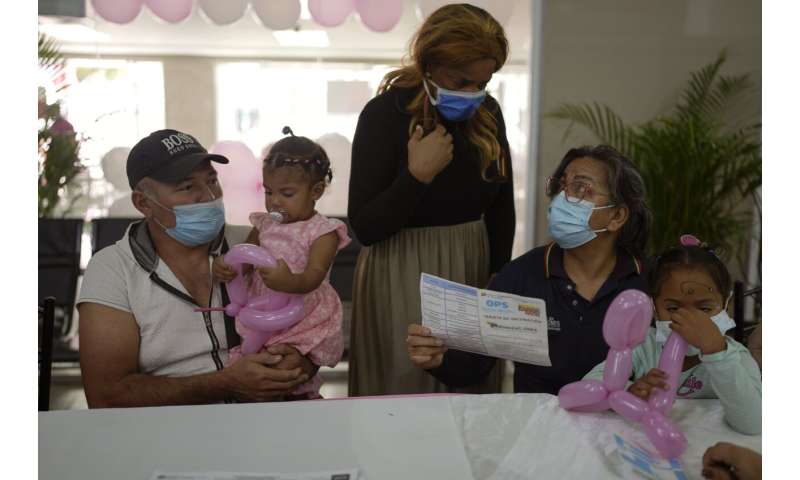 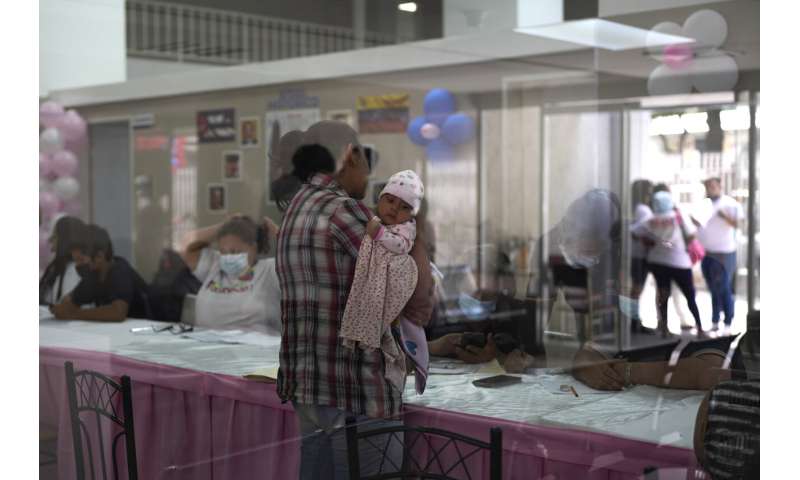 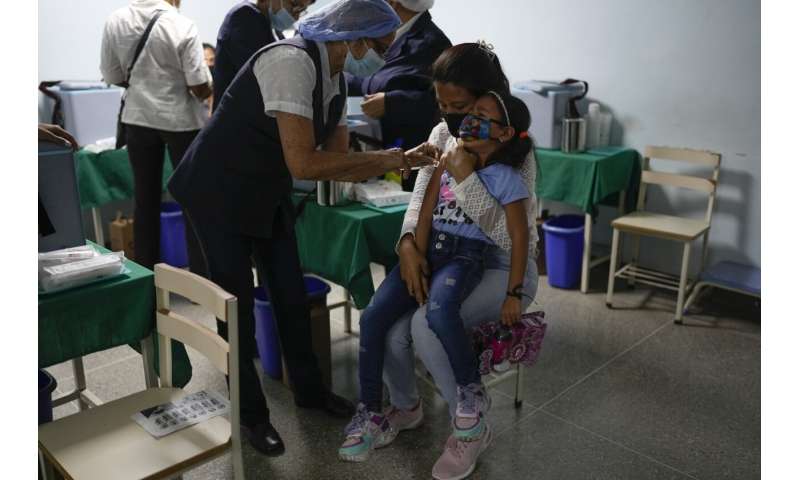 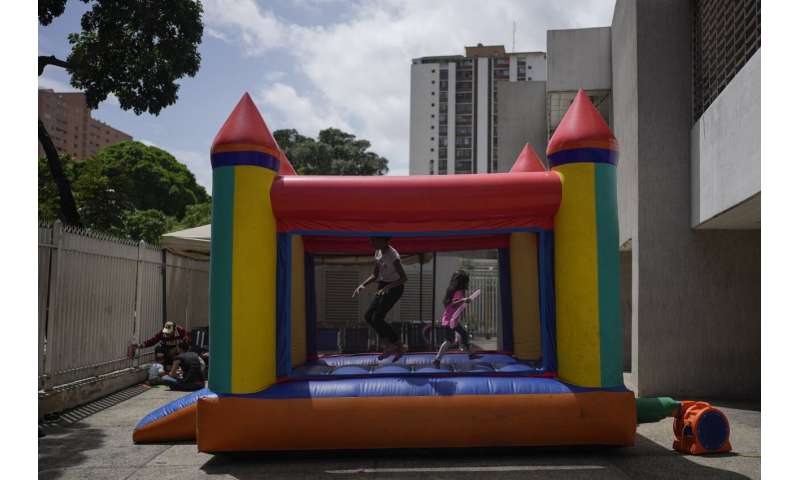 Maduro’s socialist government and the faction of the opposition backed by the U.S. and led by Juan Guaidó have accused each other of exploiting the issue of vaccines.

The U.S. gave Guaidó and his parallel government control of hundreds of millions of dollars in assets. Disbursements must be approved by the U.S. Department of Treasury.

Treasury officials referred questions to Guaidó’s team. Guaido’s opposition faction didn’t respond to inquiries from AP about vaccine payments and any use of frozen assets.

For public health officials, rotavirus and pneumococcal inoculations are top concerns. Handwashing and other good hygiene can help. But Venezuela’s potable water service is unreliable at best.

Some parents are aware of the risks of skipping the expensive vaccines but say they have no choice.