UK health bosses have warned Britain could face a measles epidemic if parents fail to vaccinate their kids against the disease. A new study has shown more than half a million children in the UK have not had the MMR vaccine – meaning they are unprotected from measles. New figures show more than 500,000 UK youngsters were not vaccinated against measles during an eight-year period. The Unicef research was released at a time when measles cases have nearly quadrupled in Britain in just one year.

Why are parents are still not giving their kids MMR vaccine?

The head of the NHS has described vaccine refusal as a “growing public health timebomb” – but so many parents still refuse to give their children the MMR vaccine.

Measles can cause pneumonia, seizures, inflammation of the brain, disability, and even death.

But parents became panicked over the side-effects of the MMR vaccine following the release of a controversial paper published in the Lancet in 1998 which raised fears about a link with autism.

This study has since been debunked, with the Cochrane Collaboration review bringing together evidence from 54 different scientific studies in 2012 to prove no such link existed.

But still increasing numbers of youngsters are being left unprotected. 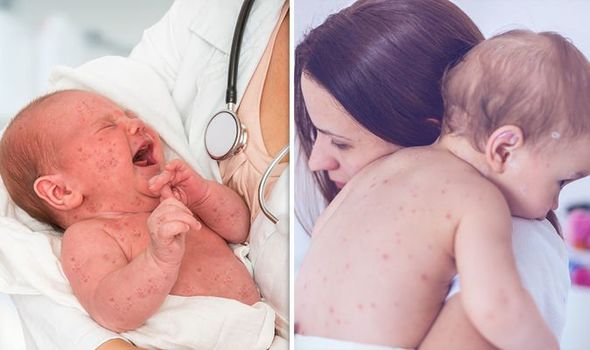 The charity Unicef claims inaccurate and misleading anti-vaccination messages on social media are partly to blame for plummeting vaccine rates.

Unicef’s analysis shows that an estimated 169 million children around the world missed out on the first dose of the measles vaccine between 2010 and 2017 – an average of 21.1 million a year.

While in some cases the failure to get children vaccinated is due to lack of access, poor health systems, and complacency, Unicef believes there is “growing skepticism about vaccines.”

A list of 10 high-income countries, published by Unicef, shows the US has the highest number of children missing out on their first dose of the vaccine. 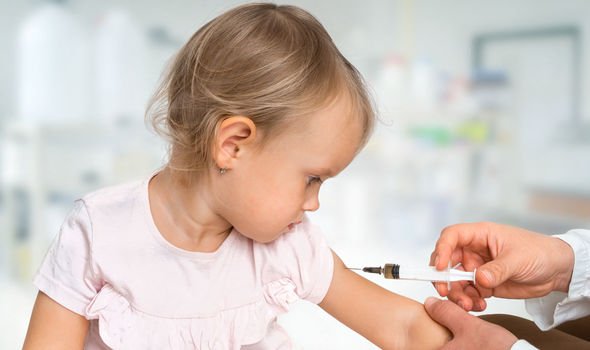 The second most affected country was France, with 608,000 unvaccinated children over the same time period, followed by the UK, with 527,000.

Chief executive of NHS England, Simon Stevens, said: “Getting yourself and your children vaccinated against killer diseases is essential to staying healthy, and vaccine rejection is a serious and growing public health timebomb.

“With measles cases almost quadrupling in England in just one year, it is grossly irresponsible for anybody to spread scare stories about vaccines, and social media firms should have a zero-tolerance approach towards this dangerous content.” 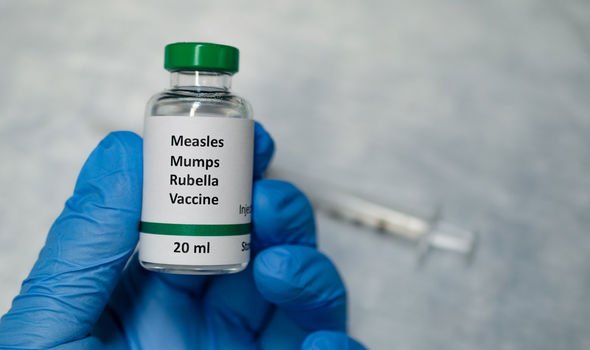 In 2016 and 2017, uptake of the first dose of the MMR vaccine in five-year-olds in the UK exceeded 95 percent for the first time.

Measles is a highly infectious bug which can spread rapidly among people who haven’t been vaccinated.

Most of the recent measles cases in the UK affected unvaccinated children.

Measles spreads very easily and can cause serious health complications, which is why health organisations are urging people to get vaccinated.

“If we are serious about averting the spread of this dangerous but preventable disease, we need to vaccinate every child, in rich and poor countries alike.”

In the first three months of 2019, more than 110,000 measles cases were reported worldwide – up almost 300 percent on the same period the year before.

What are the symptoms of measles?

According to the NHS initial measles symptoms can include: