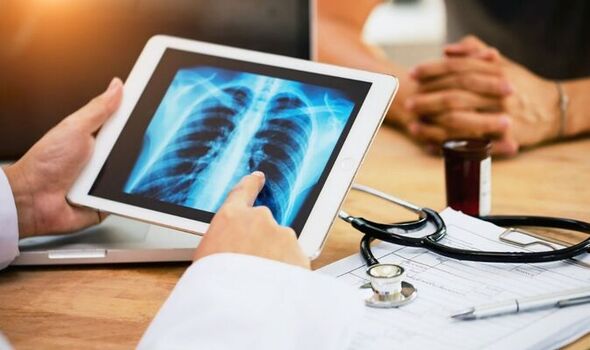 Of countries in Europe only Turkey had a higher respiratory death rate than the UK.

Britons are three times more likely to die from lung disease than people in Finland, which had the lowest incidence.

Asthma + Lung UK, formerly known as Asthma UK and the British Lung Foundation, called for respiratory conditions to be treated as seriously as other illnesses.

Chief executive Sarah Woolnough said: “It is a national scandal that people are more likely to die from a lung condition in the UK than almost anywhere in Europe.

What is happening where you live? Find out by adding your postcode or visit InYourArea

“For too long lung conditions have been the poor relation compared with other major illnesses like cancer and heart disease, with only two per cent of publicly funded research spent on them.”

The charity said more than 12 million people in the UK will get a lung condition during their lifetime and lung disease is the third biggest killer in Britain.

It said with more cash, research into more effective diagnostic methods and new treatments to cure conditions or help people manage their symptoms could be accelerated.

Meanwhile, air pollution has been linked to around 36,000 premature deaths every year. Asthma + Lung UK is calling for the Government to triple investment in lung research to at least £150million a year for five years and commit to bolder clean air legal targets.

Ms Woolnough added: “The pandemic has brought to people’s attention how terrifying it can be to struggle with breathlessness.”