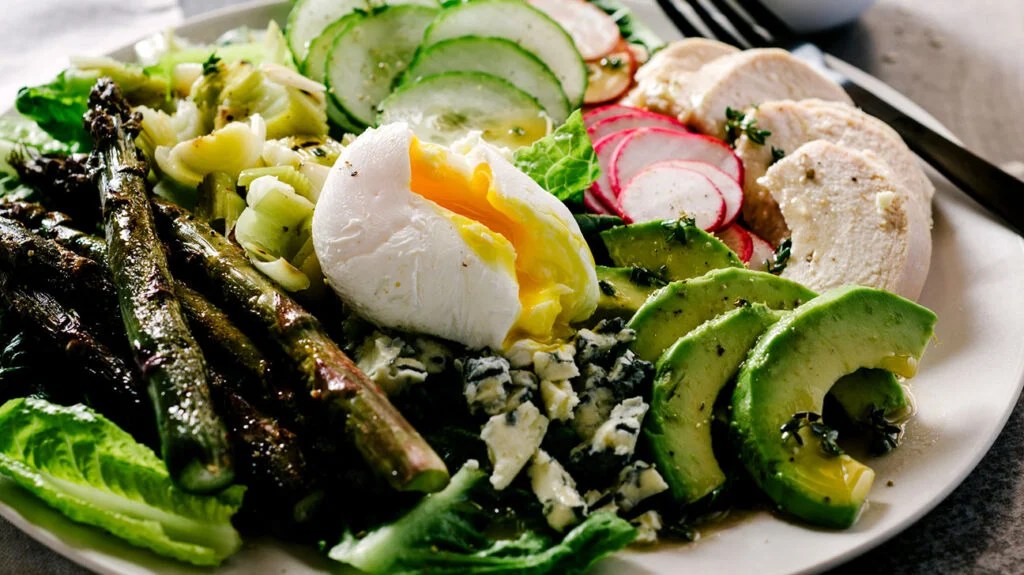 A recent study published in BMJ Nutrition, Prevention & Health showed that a low-carbohydrate diet was effective in achieving glycemic control in people living with type 2 diabetes.

Furthermore, more than half of the participants adopting the low-carbohydrate diet achieved type 2 diabetes remission, which meant they were able to eventually stop taking medications.

“Incredibly, 77% of those adopting a low-carb approach in the first year of their [type 2 diabetes] achieved remission. This represents a really important ‘window of opportunity’ for further investigation.”

Dr. Ari Eckman, endocrinologist and medical director of endocrinology services at Holy Name Medical Center in Teaneck, NJ, not involved in this study, noted that the results are “very significant given the fact that many patients with type 2 diabetes mellitus would like to eventually come off of their medications.”

Individuals with type 2 diabetes show inadequate control of blood sugar levels due to the inability of the body to effectively use insulin and absorb sugar.

As a result, individuals with diabetes have elevated blood sugar levels and glycated hemoglobin or hemoglobin A1c levels (HbA1c).

Hemoglobin A1c is a form of hemoglobin that is bound to glucose and reflects the average blood glucose levels during the previous 2 to 3 months.

Moreover, type 2 diabetes is associated with a progressive decline in the ability to control blood glucose levels, requiring the use of a greater number of medications with time.

Conventionally, doctors have regarded type 2 diabetes as an incurable and lifelong condition. However, recent research has shown that long-term remission of type 2 diabetes is possible.

Such a remission of diabetes refers to a return to prediabetic HbA1c — below 48 millimoles per mole (mmol/mol) or 6.5% — and blood glucose levels in the absence of medication use for at least 3 months.

However, it must be noted that diabetes remission does not imply that the condition is cured and blood glucose levels can potentially revert to diabetic levels.

Although there is a growing number of medications that can help achieve blood sugar control, a significant number of individuals show poor glycemic control.

For instance, recent estimates indicate that around 2 million individuals in England are at risk of type 2 diabetes.

About 80-90% of individuals with type 2 diabetes have overweight or obesity. Studies have shown that weight loss achieved by bariatric surgery or through restriction of calorie intake can lead to the remission of type 2 diabetes.

Studies suggest that reducing energy intake can induce type 2 diabetes remission by reducing the levels of liver fat and improving the function of pancreatic beta-cells.

Adopting a healthy diet could help individuals with type 2 diabetes achieve remission, but there is conflicting evidence about the effectiveness of the various diets. One of the dietary approaches to weight loss includes reducing the intake of carbohydrates.

A low-carbohydrate diet involves restricting the intake of foods that are high in sugars, those that lead to a surge in blood glucose levels.

There is evidence to suggest that a low-carbohydrate diet can help people with type 2 diabetes achieve remission in the short term.

This is important because preventing the return of lost weight is one of the biggest challenges for individuals with type 2 diabetes.

In the present study, the authors evaluated clinical data collected from their primary care clinic in the U.K. over the previous 8 years to further assess the ability of a low-carbohydrate diet to induce remission in type 2 diabetes patients.

What the study did

The study consisted of 186 clinic patients with type 2 diabetes opting for the low-carbohydrate approach for diabetes management over an average follow-up period of 33 months.

During routine visits over the follow-up period, the clinicians provided the patients with advice on maintaining a low-carbohydrate diet and shared information about how this diet could help achieve better blood glucose control.

The clinicians also advised patients on how to identify and avoid trigger foods, which are highly palatable foods that lead to overeating. In addition to one-on-one consultations, the patients also had the option to attend group sessions to gain practical knowledge about choosing and preparing low-carbohydrate foods.

The authors found that the type 2 diabetes patients opting for the low-carbohydrate approach showed an average decline in body weight of about 10 kilograms (22 pounds).

Moreover, about 97% of the patients following a low-carbohydrate diet showed a significant decline in HbA1c levels during the follow-up period.

In addition, the patients following a low-carbohydrate diet also showed lower cardiovascular disease markers at the end of the follow-up period.

In the entire cohort of 186 individuals, 94 patients (51%) showed sustained remission, achieving HbA1c levels below the remission threshold of 48 mmol/mol for more than 3 months.

Although individuals with higher HbA1c levels at the onset of the low-carbohydrate diet showed larger reductions in HbA1c levels, the patients with lower HbA1c were more likely to achieve remission. This was likely due to the more recent diabetes diagnosis of patients who had lower HbA1c at the start of the diet.

Consistent with this, further analyses revealed that 77% of patients who adopted a low-carbohydrate diet within the first year after their type 2 diabetes diagnosis achieved remission.

In contrast, 35% and 20% of patients adopting the low-carbohydrate diet between 1-5 years and more than 15 years after their diabetes diagnosis, respectively, achieved remission.

Although a lower proportion of patients with a longer duration of type 2 diabetes achieved remission, these results suggest that a low-carbohydrate diet could help achieve clinically significant improvements in glycemic control in these patients with poorly controlled type 2 diabetes.

The study authors acknowledged that medications could also be necessary for the management of longer-duration type 2 diabetes.

Although other studies have also examined the effectiveness of a low-carbohydrate diet for achieving blood sugar control, most have failed to achieve similar levels of weight loss. The authors attributed these differences to patient-physician trust, open discussion of the merits of weight loss for long-term health, and ongoing support.

For instance, the physicians regularly monitored the patient’s weight and HbA1c levels and provided reminders over the telephone when these parameters increased. This was generally due to an increase in carbohydrate intake, and the phone call was sufficient to ensure adherence to the low-carbohydrate diet.

The study also found that the clinic spent half as much on drugs for diabetes per patient than other local practices.

Dr. Unwin noted: “People with established long-term [type 2 diabetes], which may be poorly controlled, could benefit from looking carefully at reducing sugar and starchy carbohydrates, often, they may not need expensive drugs. Our practice saves £68,000 [approximately $80,637] each year on our diabetes drug budget partly because of this.”

Dr. David Cutler, family medicine physician at Providence Saint John’s Health Center in Santa Monica, CA, not involved in this study, told MNT that “[p]hysicians who have been discouraged from aggressively pursuing diet therapy with their patients because so few adhere to these regimens might be more enthusiastic about encouraging their patients to pursue diet therapy even if they are initially reluctant.”

Dr. Cuttler said: “It is very difficult to get patients to follow a low carbohydrate weight loss program for a long enough period of time to achieve significant health benefits. […] The degree of improvement here, with over half of patients resolving their diabetes, could be enough to encourage some who might have been reluctant to pursue such a diet to do so.”

The study was also observational in nature and lacked a control group. Dr. Srujana Yada, a board-certified endocrinologist with Texas Diabetes and Endocrinology in Austin, TX, not involved in the research, noted that the lack of a control or comparison group precludes any conclusion about the superiority of the low-carbohydrate diet over other diets.

Dr. Yada said: “HbA1c improved significantly in both remission and non-remission groups with improvement in cholesterol and blood pressure as well. This would make me recommend low-carb diet. But this study cannot really say if low carb diet is superior.”

“But I would like to have it compared with other diets with the same number of calories. Is it a change in diet type or decreased total calorie intake that has led to an improvement in HbA1c? There is no mention of hypoglycemia events which is concerning for patients on a low-carb diet. I would like to know if the drop in HbA1c is not due to those unwanted hypoglycemia events,” added Dr. Yada.