If you’re trying to conceive, ovulation tests are the must-have precursor to the pregnancy tests you’ve probably already stocked up on — and with good reason: ovulation tests can provide all-important insight into when you’re most fertile.

How? Let’s get scientific for a second: Most ovulation tests work by testing for the increased presence of the luteinizing hormone in urine, which peaks before ovulation. That surge of LH is also what triggers ovulation. However, LH tests have some drawbacks: because they require daily testing, you’ll want to get a general sense for when your ovulation window typically occurs, or you’ll run through the testing strips quickly. Also, LH gives you a window, and as the American Pregnancy Association points out, ovulation can occur in a 24-48 hour window after your LH spikes. Some people may prefer using a thermometer to track basal body temperature, which is a slight change in temperature. Tracking your basal body temperature can also help you decide when to test LH levels. Whatever system you decide to use, ovulation tests can give you more control while navigating what can often be a stressful process — and help increase your odds of success.

PREGMATE’s testing strips are inexpensive, accurate and easy to administer. The one thing to know: they require a bit more familiarity with how testing strips work. Rather than waiting for, say, a plus sign or smiley face (like you find with some pregnancy tests), you’ll just need to compare the control line — which always darkens — with the test line. If the test line matches, your LH has surged and you’re in your fertility window. Because the test is no-frills, it’s a great value while still being 99% accurate. 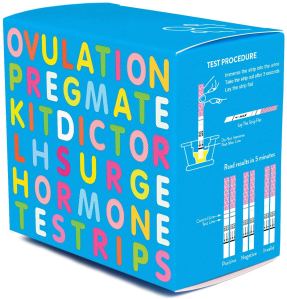 [email protected]’s ovulation kit works the same as the top pick, with control strips and test strips indicating peak fertility window. Because it’s specifically designed for those trying to conceive, the test also comes with 20 pregnancy test strips. You can also download the free app to help with tracking your cycle. The app lets you log ovulation tests for later use. (Besides the problem of not wanting to save old tests for sanitary reasons, test results can also change to a false positive once they’ve sat out for more than a few minutes.) 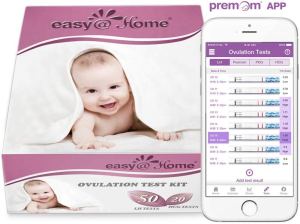 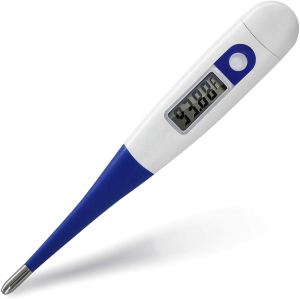 Wondfo’s value pack of 50 ovulation test strips and 20 pregnancy test strips is designed for fast (results in 3-5 minutes), easy and accurate testing. The test strips are FDA-approved and more than 99% accurate. The ovulation strips help you pinpoint your ovulation window for peak fertility, and the pregnancy tests strips allow you to test 4 or more days before your period is due — because when you’re TTC, waiting is the hardest part. 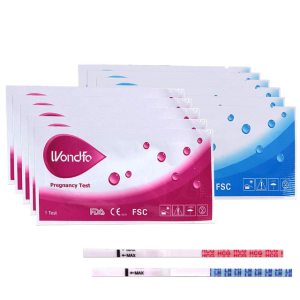