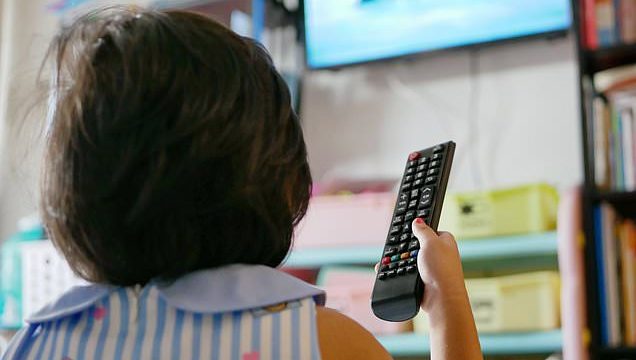 Toddlers who spend three hours a day in front of the TV or on screens exercise FOUR HOURS less every week than their peers by the age of five, study finds

Toddlers who spend hours in front of the TV or looking at tablets are more inactive a few years later, researchers have found.

A study of 500 children tracked from the age of two discovered screentime habits set at a young age were ingrained later in childhood.

Those who spent more than three hours a day watching TV or looking at tablets at the age of two and three did far less exercise aged five.

They spent 40 minutes more sitting down each day when they had started school, adding up to four hours over a week. 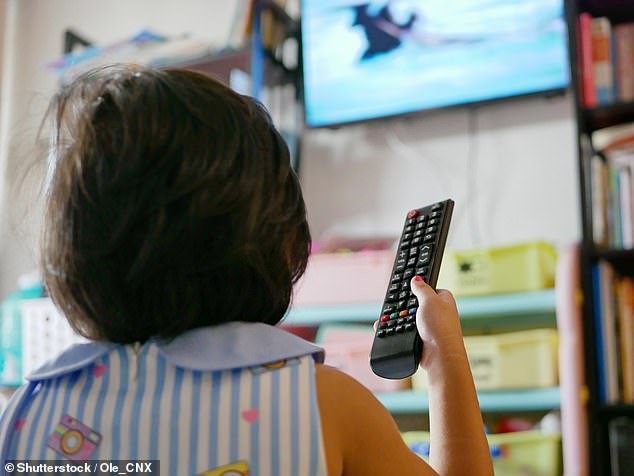 Toddlers who spend three hours a day in front of the TV or on screens exercise four hours less every week than their peers by the age of five, a study has found (stock)

The study, published in the Lancet Child and Adolescent Health journal, was conducted by the National University of Singapore.

The results suggest following the World Health Organisation’s guidelines, which limit screentime to an hour or less per day among two- to five-year-olds, may promote healthier patterns for later in life.

‘In particular we were interested in whether screen viewing affected sleep patterns and activity levels later in childhood.’

Watching television for three or more hours a day may increase a child’s risk of developing type 2 diabetes, research suggested in July 2017.

Children who spend at least three hours in front of a screen are heavier and have greater insulin resistance, a study found. Both of these are risk factors for the condition.

Such youngsters also produce impaired amounts of the hormone leptin, the research adds. Leptin is involved in regulating appetite.

These results remained even after the study’s participant’s activity levels were taken into account, the study found.

Study author Dr Claire Nightingale from St George’s, University of London, said: ‘Our findings suggest that reducing screen time may be beneficial in reducing type 2 diabetes risk factors, in both boys and girls, from an early age.

The researchers analysed 4,495 children aged between nine and 10 years old.

The children were assessed for factors that influence their risk of developing diabetes.

Their body proportions, activity levels and the amount of time they spend in front of a screen – either watching television or using a computer – every day were also recorded.

Parents were asked to report how much time the children spent on average either watching or playing video games on TV, using a computer, or using a handheld device such as mobile phone or tablet.

These screen habits were recorded when the children were aged two and again at age three.

At age five, the children wore an activity tracker continuously for seven days to monitor their sleep, sedentary behaviour and physical activity.

Children in the study spent an average of two and a half hours a day watching screens at age two to three.

Television was the most commonly used device and was associated with the longest viewing time.

Only a small number of children in the study met WHO recommendations of one hour per day or less.

Although more screentime led to a significant rise in sedentary behaviour a few years later, it did not appear to affect later sleeping habits.

Dame Sally Davies, the former chief medical officer for England, said in guidance published last February that parents should ban mobile phones from the dinner table and their children’s bedrooms to avoid the harm from spending hours on social media.

She also proposed the first time limits for screentime, advising that children should have a break every two hours.

The American Academy of Pediatrics recommends that children younger than 18 months avoid all screen media other than video-chatting.

Parents of children 18 to 24 months of age who want to introduce digital media should choose high-quality programmes, and watch it with their children to help them understand what they’re seeing.

For children aged two to five years, parents should limit screen use to one hour per day – and continue to watch with them.

Previous research by the University of Calgary, published in January, found toddlers exposed to the most screentime at the age of two showed poorer development by the age of three.