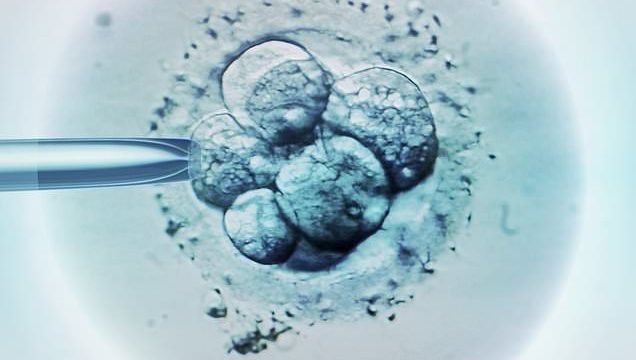 A woman has given birth to a ‘three-parent baby’ in the first ever clinical trial to test the controversial procedure.

The 32-year-old Greek woman had four failed IVF attempts before she heard about the trial by Spanish doctors.

The Barcelona-based team used a technique called maternal spindle transfer (MST) to put DNA from one of her eggs into a donor’s egg before it was fertilized with sperm.

On Wednesday, the team announced the woman had given birth to a 6.5-pound boy at 7.46am on April 9, and both mother and baby are in good health.

The milestone has been hailed as a breakthrough that could get around female infertility issues while preserving the mother’s genetic material.

But a University of Oxford ethics professor questioned the ethics of toying with genes for infertility rather than to treat genetic disorders. 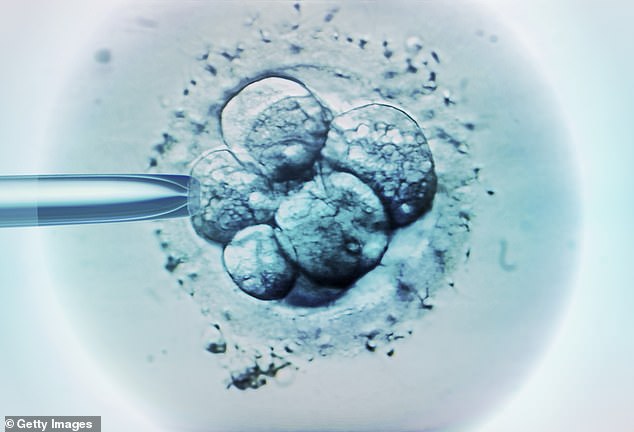 The 32-year-old Greek woman had four failed IVF attempts before hearing about the trial in Spain. Experts warn it raises questions about using the technique for fertility rather than disease

‘The main ethical issue (or one of the main issues) that will arise from this Spanish/Greek enterprise is whether using MSTs for treating infertility that is not related to mitochondrial disease is morally permissible,’ said Professor César Palacios-González.

He says it is like egg donation, but in this case 99 percent of the baby’s genes come from its mother and father, and just one percent from a third party.

‘For some patients, it’s very hard to accept that they cannot get pregnant with their own [eggs],’ he said.

‘Spindle transfer may represent a new era in the IVF field, as it could give these patients chances of having a child genetically related to them.’

The spindle transfer method was implemented by Embryotools and Athens-based clinic Institute of Life.

Dr Panagiotis Psathas, president of Institute of Life, hailed the birth as a medical milestone.

‘Today, for the first time in the world, a woman’s inalienable right to become a mother with her own genetic material became a reality.

‘As Greek scientists, we are very proud to announce an international innovation in assisted reproduction, and we are now in a position to make it possible for women with multiple IVF failures or rare mitochondrial genetic diseases to have a healthy child.

‘At the Institute of Life, our commitment is to continue to help even more couples facing fertility issues to have children with their own DNA, without having recourse to egg donors.’

Legal experts warn the trial puts more pressure on the US to think again about its ban on mitochondrial replacement as more countries open the door to aspiring parents around the world.

I. Glenn Cohen, a Harvard health law professor, warned American parents may well seek the treatment elsewhere, and it won’t be clear how many three-parent babies are in the country.

‘There is simply no way for any country to truly insulate itself from alterations through mitochondrial replacement therapy entering a country’s gene pool,’ Cohen told STAT.

Two three-parent babies have been born using MRT since the procedure was invented, one in Mexico and one in Ukraine – both sparking global controversy.

Mitochondrial replacement therapy was first invented at Oregon Health and Science University in 2009 in animal experiments.

But in 2015, the US banned its use for human pregnancies fearing that it could be a slippery slope to genetic modification.

That same year, the UK gave the procedure the green light, publishing guidelines on how it could be used.