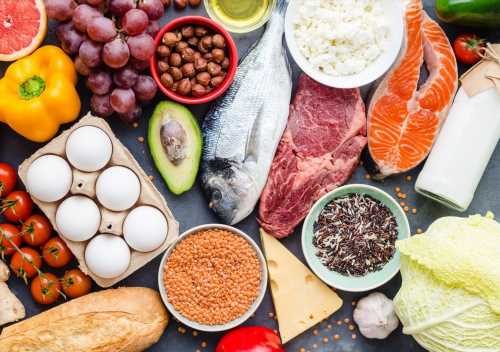 In a recent study published in the Proceedings of the National Academy of Sciences (PNAS), researchers estimated the environmental impact of food products.

This potentially leaves a considerable information gap as most food products contain numerous ingredients. The environmental impact of most foods can not be readily known. This is because the exact quantity of each ingredient is often deemed a trade secret, and the task is daunting, given the sheer number of food products.

The study and findings

In the present study, researchers developed an algorithm that uses available data to estimate the environmental impacts of 57,185 food products in the United Kingdom (UK) and Ireland. The algorithm utilized previous information from similar products (ingredients with available percent composition) to infer the composition of the remaining ingredients.

The composition estimates were integrated with environmental databases to measure the impact of food products across four indicators – greenhouse gas emissions, land use, eutrophication potential, and scarcity-weighted water use. The primary database used was harmonized environmental storage and tracking of the impacts of agriculture (HESTIA).

However, because HESTIA lacks data on fish, the authors supplemented it with the blue food assessment data. The source/origin of the ingredient was not identified, as it was unavailable for most foods. A Monte Carlo analysis was performed to estimate the mean environment impact for each indicator, using information from the food database (FooDB).

Dried beef products like beef jerky and biltong had the highest impact scores (close to 100), whereas the lowest-impact products were made of water (sugary drinks). Next, the algorithm’s accuracy was tested on all products with an available composition of all ingredients. Products included ready meals, fruit drinks, breakfast cereals, sweet and savory snacks, and pastries.

Tesco products were classified into eight categories based on the aisle and shelf of food products – 1) beverages, 2) nuts, fruits, and vegetables, 3) bread and cereals, 4) snacks, 5) desserts, 6) prepared foods, 7) kitchen accessories, and 8) eggs, dairy, meat, and plant-based substitutes. The lowest impact scores were for sugary drinks and beverages.

Beef and lamb products had the highest estimated impact. Sensitivity analyses revealed that the lack of sourcing data on ingredients was a potential limitation. Furthermore, the nutrition quality of products was assessed using NutriScore, a food health profiling method that has improved health outcomes at a population level.

Many aisles at Tesco had more nutritious and sustainable food products and included meat alternatives, vegetables, fruits, breakfast cereals, and salads. However, there were also multiple aisles with nutritional and environmental impacts above the median, which included cheese, savory pies, and chocolate.

Some aisles included products with good nutritional value but an estimated environmental impact above the median. These products were nuts, fish and seafood, beef and lamb products, and ready meals. Sensitivity analyses indicated that the results were robust.

In summary, the authors demonstrated that the developed algorithm reasonably estimated the environmental impact of diverse food products even when limited information on ingredient composition was available. Moreover, most nutritious products (excluding drinks) were also environmentally sustainable.

While sensitivity analyses suggested that the lack of sourcing/origin information was unlikely to influence the estimated environmental impact significantly, it remained a limitation to comprehensively evaluating the ecological impact.

Tarun is a writer based in Hyderabad, India. He has a Master’s degree in Biotechnology from the University of Hyderabad and is enthusiastic about scientific research. He enjoys reading research papers and literature reviews and is passionate about writing.