Superbugs are on the rise. A World Health Organisation report released in April says drug-resistant diseases could kill 10 million people a year by 2050.

But how susceptible are you to being harmed by one?

The answer may lie in your own backyard as the health of our external and internal ecosystems are intimately linked and can help protect us from, or weaken our defences to, drug-resistant bacteria otherwise known as superbugs. 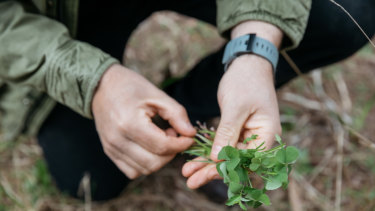 There is more than just dirt living in the soil.

In his new book, Superbugs: The Race to Stop an Epidemic, Dr Matt McCarthy, an assistant professor of medicine at New York’s Weill Cornell Medical College, writes about the “microscopic miracles” that lie beneath the soil.

While many of the antibiotics used to treat superbugs have been derived from molecules in the dirt, and researchers continue to search the soil for answers in the race against superbugs, it – and the environment in its current depleted state – may also be part of the superbug problem.

Australian research, published last week, found degraded soil creates an imbalance of bacteria resulting in more pathogens in the ground as well as in the air we breathe.

This is likely to lead to “higher rates of infections in susceptible individuals” said the papers authors, from the University of Adelaide: “In healthy, biodiverse ecosystems this risk is reduced.”

Michael Gillings, a professor of molecular evolution at Macquarie University, notes these pathogens may or may not contain the DNA of “superbugs”, but changes in our internal and external environment are certainly contributing to the superbug crisis we are facing globally.

Despite this, we can take action to avert it becoming the “antibiotic apocalypse”.

“I don’t want people to be fearful,” Dr McCarthy says. “I want them to be hopeful… But we need to act.” 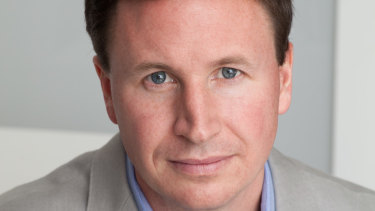 Antibiotics: A question of how much?

Dr McCarthy says we need to use antibiotics less while creating more of them.

He describes watching as the oral antibiotics that “could easily treat” infections when he was a graduate doctor at the New York Presbyterian Hospital losing efficacy as his career progressed.

“Even more scary was a couple of years ago when intravenous antibiotics weren’t working either,” he recalls. “It’s a continual evolution – bacteria keep coming up with ingenious ways to survive… they are very clever at evading drugs.”

Judicious use of antibiotics is one way to stay ahead of evolving bacteria.

“Patients visiting their GP to ask for an antibiotic for a respiratory infection should trust their GP if they ask their patients to wait another few days as viral infection often start resolving and viral infections don’t respond to antibiotics,” says UNSW infection control expert, Professor Mary-Louise McLaws. “In fact you may place your good bacteria under pressure to develop resistance to the antibiotic.”

We also risk wiping out good bacteria completely, Professor Gillings adds.  He estimates there are about 100 million species of bacteria, but only about 300 cause disease. “Whenever we use disinfectants and antibiotics, there’s a lot of collateral damage because they are indiscriminate,” he says. “It’s kind of like saying ‘there are some weeds in my garden and I’m going to take a flame thrower to get rid of them and you end up with a blackened, scorched earth’.”

Along with reducing our use, new antibiotics are needed for when old ones stop working. Unfortunately, as Dr McCarthy explains, pharmaceutical companies are reluctant to invest in new antibiotics. As they are one-off treatments, not taken daily like blood pressure medication or hair loss drugs, they are not profitable. 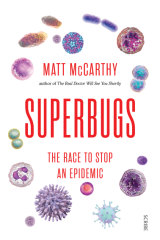 Also,  because the mutations of bacteria are “incredibly unpredictable” it is hard to predict how long an antibiotic will be effective for.

“Some bacteria became resistant almost immediately to Penicillin but it still works for syphilis, which we started using penicillin to treat 75 years ago,” Dr McCarthy says. “You can’t predict whether it will work for a generation or two or two or three years.”

Both Dr McCarthy and Professor Gillings say government-funded research or incentives to pharmaceutical companies are the only way to win the race.

“We can create an inventory of drugs to stave off the antibiotic apocalypse,” Dr McCarthy says, adding: “It’s a real issue and a lot of scientists are trying to address it.”

In the meantime, there are other ways to tackle the problem, he says: “A key aspect for confronting superbugs is looking at non-traditional approaches, looking beyond antibiotics.”

Depleted soil may be leading to an imbalance of bacteria, but it isn’t just the soil that is struggling.

Add in other medications that we wee out, as well as “huge amounts” of disinfectants that are being washed down drains and ending up back in the environment, and we have a problem.

In the same way, Dr McCarthy adds that using fungicides on flowers has created a whole new strain of fungal superbugs.

By restoring the biodiversity in the soil and the environment, by using fewer pesticides and disinfectants and minimising antibiotic use we can reintroduce all sorts of organisms, fungi and plants that prevent the proliferation of bad bacteria.

Creating a gutful of good

Superbugs are “all around us” but they don’t always affect us, Dr McCarthy says. In fact, he says five per cent of healthcare workers have the superbug MRSA in their nose, “sitting there harmlessly”.

“I’m never worried about picking one up,” he says, explaining that those with weakened immune systems are most at risk.

Our gut bacteria affects our immune system and research has found the various medications we take along with disinfectant use and environmental pollutants affect the diversity of our gut bacteria. This may make us more susceptible to superbugs, Professor Gillings says.

“The whole thing about hyper-cleanliness does us more damage than good,” he says. “Modern living has damaged our internal micro-biota…

“Any time ecosystems lose a bunch of stuff like that you know that there has got to be troubles and we think the rise of these weird diseases… since the 1950s, I think, is largely due to the loss of microorganisms… and the loss of microbial function in our gut.”

WHAT WE CAN DO

Our health journalists abide by a set of reporting guidelines when writing about medical research. If you would like to read them click here.