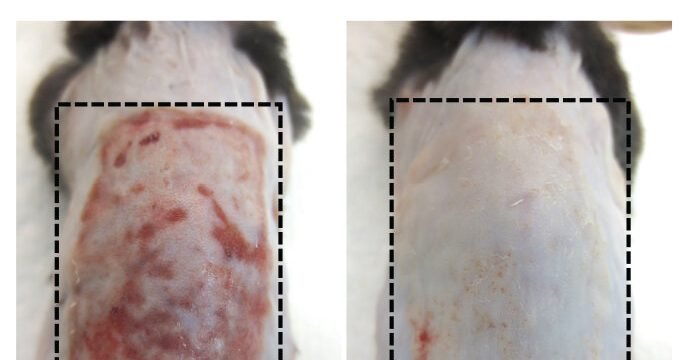 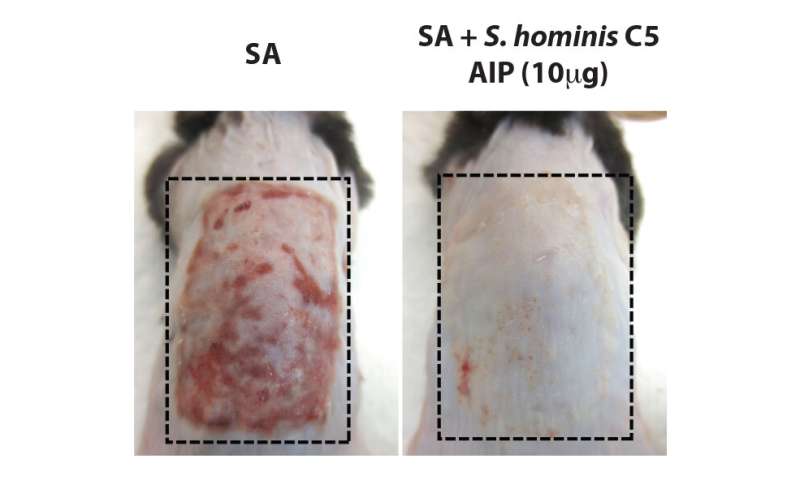 A team of researchers affiliated with multiple institutions across the U.S. has found a connection between a skin microbiome imbalance and eczema flareups. In their paper published in the journal Science Translational Medicine, the group describes their study of the skin microbiome and the bacteria Staphylococcus aureus, which has been associated with eczema.

Over the past decade, scientists have learned more about the human microbiome—studies of the gut microbiome, for example, have led to often surprising associations with a wide variety of conditions. In this new effort, the researchers looked at the skin microbiome and its possible connection to ectopic dermatitis, also known as eczema.

Eczema presents as patches of rough skin that sometimes become inflamed. In many cases, blisters form, which lead to itching, scratching and bleeding. Despite a significant amount of research, medical scientists have not determined its causes or a cure. They have learned that flareups happen when the immune system overreacts to a stimulus and mounts an attack on the skin barrier. Prior research has suggested that there might be a connection between the condition and the microbiome. In this new effort, the researchers have taken steps to determine if eczema is related to a skin microbiome imbalance. They studied one specific type of microbiome bacteria, S. aureus, and its association with eczema.

Prior research has shown that S. aureus is more abundant on the skin of people who suffer from eczema. It has also led to the discovery that people who have eczema tend to have lower concentrations of cells that assist in building up skin barriers—this is why S. aureus is able to flourish.