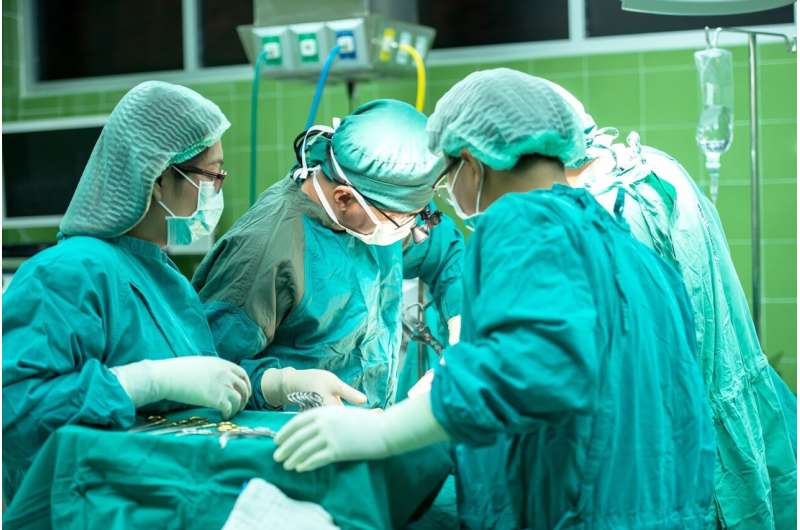 Orthopaedics faculty at LSU Health New Orleans participated in a study comparing two antisepsis aqueous solutions in reducing the risk of infection in patients requiring surgery for open fractures. In the largest known randomized-controlled trial, the research team found that contrary to current international recommendations, chlorhexidine gluconate was not superior to povidone-iodine in an alcohol or aqueous solution in preventing surgical site infection.

The results suggesting health care practitioners can select either aqueous-based antisepsis solution when treating open fractures on the basis of solution availability, patient contraindications, or product cost are published in The Lancet.

“I am proud of Dr. Rivera’s and LSU Health New Orleans’ contributions to this landmark study published in such a prestigious journal,” says Dr. Zura.

Previous reviews of general surgery, obstetrics and gynecology trials suggested the superiority of chlorhexidine over iodine. The Aqueous-PREP multiple-period, cluster-randomized, crossover trial included 14 hospitals in Canada, Spain and the United States and 1,638 adults who underwent surgery for an open extremity fracture.

It found that the odds of surgical site infection or unplanned fracture-related reoperations did not differ between patients assigned to receive skin antisepsis with aqueous 10% povidone or aqueous 4% chlorhexidine gluconate. The authors wrote that their “findings contrast the superiority of chlorhexidine in alcohol that has been shown in clean or clean-contaminated surgery.”

The authors note their findings could have particular relevance to low- and middle-income countries, where both antiseptic solutions might not be readily available or procuring both products is unnecessarily costly.