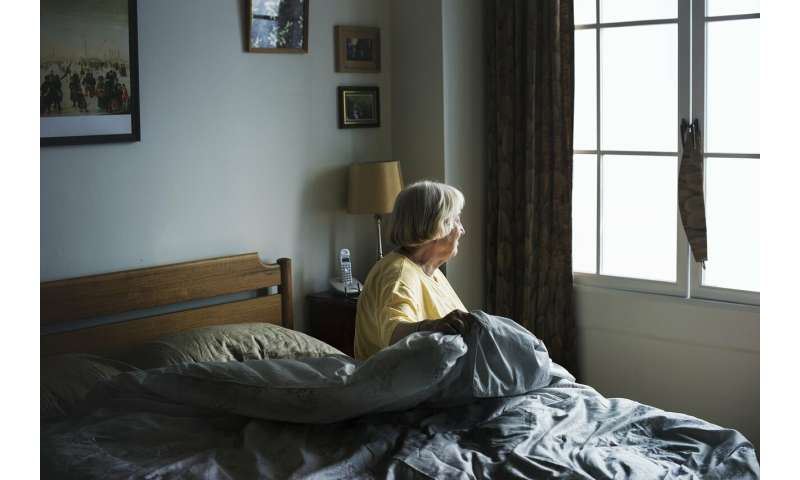 For many people who care for aging parents, one solution is a safe, responsible nursing home.

But an increasingly common means of ensuring that safety—security cameras installed by relatives—may do more harm than good, says Clara Berridge, an assistant professor of social work at the University of Washington.

With reports of crimes against nursing home residents gaining media attention around the country, it’s understandable that families would want to protect their loved one and attempt to establish accountability for care, Berridge said. But in articles published late last winter in AJOB Empirical Bioethics and Elder Law Journal, Berridge outlines the list of legal and moral issues that surveillance raises.

“The use of cameras in resident rooms is so common that some states have passed laws to help families and facilities navigate the legal issues. But it’s not just a gray zone for law. Lots of ethical issues are at play, and it raises the question of privacy’s role in our lives.”

At least 10% of Americans ages 60 and older are believed to have been the victim of some form of elder abuse, whether physical, sexual or psychological, or in the form of financial mismanagement or a deprivation of resources such as food or medication. (Cases are believed to be underreported, making the 10 percent figure a low estimate.) While most abuse is committed by relatives, the high-profile nature of crimes against nursing home residents by facility staff can alarm anyone whose loved one is in residential care. This is especially true for families of people with forms of dementia, because those residents are less likely to be able to accurately report abuse.

So far, seven states, including Washington, have passed laws allowing placement of surveillance cameras in the rooms of nursing home residents. In the Elder Law Journal article, Berridge and her co-authors analyze each state’s law and conclude that for each law, privacy concerns remain.

For the study published in AJOB Empirical Bioethics, Berridge distributed an online survey through the Center for Gerontology and Healthcare Research at Brown University to nursing homes and assisted living facilities. More than 270 facilities from 39 states responded to the anonymous survey, which included specific and open-ended questions about policies and use of surveillance cameras. Of the caregiving facilities that responded, some 11% had initiated use of cameras on their premises.

In this survey, the majority of respondents cited privacy and dignity of residents as key disadvantages to cameras.

By their very nature, surveillance cameras record all of the activity in a room, including personal moments such as hygiene or dressing. From a crime-prevention perspective, those are times when a resident is most vulnerable, but from a privacy perspective, the resident may not want such footage to be recorded, let alone viewed.

Tied to questions about privacy is the issue of consent, Berridge said—not only whether the resident has the capacity to consent to being monitored, but also, in the case of two-person rooms, whether the roommate can consent.

“Most nursing home residents have a roommate. Protecting their privacy when a camera is in the room would be very difficult in practice, especially if the camera picks up audio,” Berridge said. “We found that the real-life constraints on opportunities to selectively move or cover a camera in a given situation are not acknowledged in the state laws. These are chronically understaffed settings.”

A less-cited—and often overlooked—issue, Berridge added, is the legal responsibility the camera owner has for the security of the feed. Installing a camera without establishing a secure portal can expose the resident (and a roommate) to hackers.

Respondents to the survey pointed to potential advantages of cameras, as well, particularly as deterrents to abuse, and to use by the facilities themselves to inform about individual residents’ needs and as resources to help staff improve.

Ultimately, Berridge and her co-authors say that while cameras may offer families some comfort, they aren’t the answer to preventing abuse, or a proxy for accountability. Rather, the focus should be on reform and increased funding for the long-term care system so that nursing homes and assisted living facilities are sufficiently staffed, with employees paid a living wage. Berridge points to a “culture change” movement in long-term care that aims to deinstitutionalize nursing homes and make them more home-like. This movement involves practices to improve care quality, enhance person-centeredness, and empower staff. In Washington, lawmakers this year passed the Long-Term Care Trust Act, which establishes a publicly funded source of long-term care insurance. The measure, which awaits Gov. Jay Inslee’s signature, may help people pay for in-home services as an alternative to nursing home care.

Berridge recently received a four-year, nearly $500,000 grant from the National Institute on Aging to develop a self-administered tool to help people with Alzheimer’s disease and other forms of dementia and their families understand and make decisions about the use of a range of technologies that remotely monitor people in their homes for their safety, including webcams. Unlike cameras in nursing home rooms that are aimed at potential abusers, technologies addressed in this study are used to monitor older adults’ activities and behaviors. It’s easy, Berridge explained, for adult children to overlook, or even dismiss, the concerns of a parent when it comes to issues of monitoring care, and the parent’s right to privacy and sense of freedom.

“This tool will be the first of its kind to support families to navigate the complex technology landscape and guide them in balancing their perceived need for ongoing surveillance and the older adult’s dignity and wishes,” Berridge said.

The Elder Law Journal article was funded by the Borchard Foundation Center on Law and Aging. Berridge conducted the survey while a postdoctoral fellow at Brown University through a National Research Service Award from the Agency for Health Research and Quality.