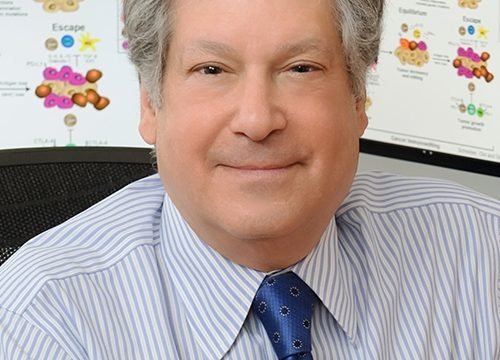 Robert D. Schreiber, PhD, the Andrew M. and Jane M. Bursky Distinguished Professor of Pathology and Immunology at Washington University School of Medicine in St. Louis, has been elected a fellow of the American Association for Cancer Research (AACR) Academy.

Schreiber also is a professor of molecular microbiology and the founding director of the Bursky Center for Human Immunology & Immunotherapy Programs at the School of Medicine, and co-leader of the Tumor Immunology Program at Siteman Cancer Center at Barnes-Jewish Hospital and Washington University School of Medicine. He is noted for his research demonstrating that the immune system plays an important role in tumor development.