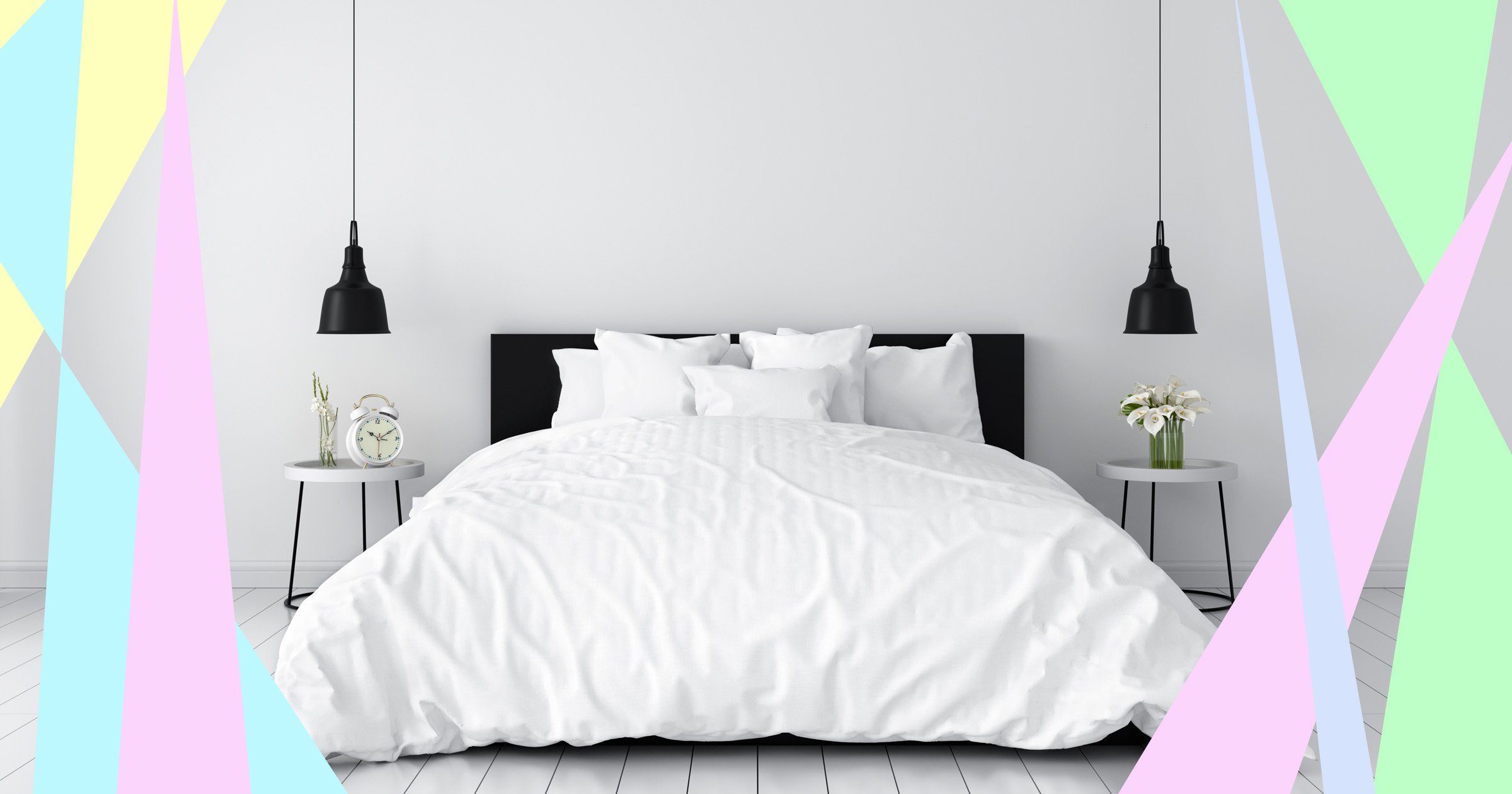 Sharing a bed with a partner can be a nightmare. There’s not enough space, and someone is always hogging the duvet.

For the cohabiting partners who are losing the will, the Scandinavian sleep method may be here to save the day. It’s simple: use two duvets instead of one.

The hack is blowing up on TikTok, but is there any basis to it? We asked two sleep experts for their opinion.

‘Many of my clients have tried the Scandinavian sleep method and reported positive results,’ she tells Metro.co.uk.

‘Couples, where both partners have a sound sleep, might not notice much difference at first, but for couples that have trouble sleeping together, this method can be a game-changer.

‘As a sleep expert, I’m honestly very glad that TikTok helps to normalise the use of separate duvets.’

Nicole, a consultant at Mattressive who specialises in insomnia, apnea, and circadian rhythm disorders, says that the popularity of sleep trackers have helped hacks like this one gain popularity.

She said: ‘Apps like ShutEye and SleepScore allow you to measure the effectiveness of the method objectively. All you need is to install an app and sleep with separate duvets for a week.

‘When you have an easy solution and you clearly see that it works – that is a perfect formula for a new trend.’

Lindsay Browning, a sleep expert at Trouble Sleeping, says the Scandinavian sleeping method is a ‘very easy solution to a number of co-sleeping problems’, that’s not common in the UK, but standard in many other European and Scandinavian countries.

There’s some research that says that sleeping in separate bedrooms can be good for couples – as it minimises how much they disrupt each other’s sleep – but sharing a bed is also good for you.

As a result, this is an easy solution to get the best of both, without needing a whole spare room.

How to do the Scandanavian sleeping method

Ok, so it has our experts’ seal of approval, but how can you do it properly?

‘Each partner should use their own duvet, that’s it,’ Nicole says. ‘It is completely fine that duvets might overlap because only this position will guarantee that the duvet is centered for each sleeper.’

This isn’t just about helping out with blanket hoggers, but for couples who have different opinions of ‘cold’.

‘Partners may have different sleep temperature preferences, or one of the partners frequently changes the sleep positions and disturbs his spouse via a shared duvet,’ Nicole says.

Lindsay agrees – she says this is the perfect chance to choose the perfect ‘tog’ (thickness) of your duvet.

‘The bed will look like it has one double bed cover but actually it’s two individual singles,’ she says.

‘If you get too hot, you can throw off your duvet and if you’re too cold you can make sure it’s wrapped around you. This also stops your partner from stealing the whole duvet because they have their own.

‘Using two single duvets, instead of one shared double, is something I highly recommend to women going through the menopause where their temperature regulation can be a real problem at night.’

‘Using two duvets isn’t going to cure sleep disorders, but it’s going to save a lot of nighttime resentment.

‘Scandinavian sleep is not a magic bullet. But you can get rid of so many sleep disturbances with one action that it is definitely worth trying.’