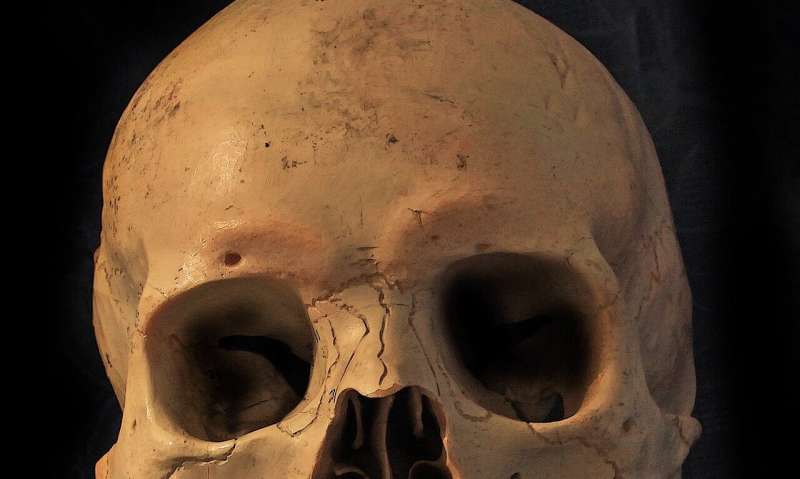 One of the essential roles of the forensic anthropologist is the development of a biological profile from a skeleton, which includes the estimation of assigned sex, age, stature and possibly ancestry or population affinity (skeletal characteristics associated with groups of people). Until recently, ancestry was considered an essential component of the biological profile by most U.S.-based practicing forensic anthropologists, however, some methods are poorly understood and may inadvertently perpetuate the long-debunked biological race concept and impede identification efforts, especially for people of color.

To address the problematic nature of ancestry-dependent estimation methods, researchers from Boston University School of Medicine (BUSM) have proposed a method of assigned sex estimation that is “population-inclusive,” or one that did not inherently rely on any estimation of ancestry (population affinity) by using 3D volume-rendered computed tomography (CT) scans of ancestry skulls to estimate assigned sex at birth.

“This study seeks to engage with the ongoing conversation regarding the role of ancestry in the biological profile by proposing a method of assigned sex estimation from computed tomography (CT) scans that does not rely on an estimation of population affinity,” explains corresponding author Sean Tallman, Ph.D., RPA, assistant professor of anatomy and neurobiology at BUSM.

Study data was collected using the New Mexico Descendent Image Database, which contains CT scans from over 15,000 decedents with full-body scout images. Various metric measurements of the skull were collected using a 3D measuring tool between 18 standard points of measurement of the cranium and mandible (largest bone in the skull). Relatedly, five nonmetric (shape) traits were also analyzed. The metric and nonmetric data were statistically analyzed and showed that population-inclusive models performed statistically similar to the population-specific models, indicating that a population-inclusive model can be applied in place of population specific models, without deterring the estimation of assigned sex.

“A population-inclusive model is applicable in cases where population affinity is unknown, intentionally not estimated in order to mitigate potential for racial biases like the ‘missing white woman syndrome’, and in light of the debate surrounding the removal of certain ancestry estimation methods from the construction of the biological profile,” said Tallman.

According to the researchers, a population-inclusive model can be used to accurately estimate assigned sex, without producing significantly different or statistically lower classification rates. “Furthermore, estimation of assigned sex and other biological profile parameters from 3D-VR CT images of the skull can be used to further the study of human skeletal variation and can be a tool for reconstructing outdated ancestry-based estimation methods,” adds Tallman.