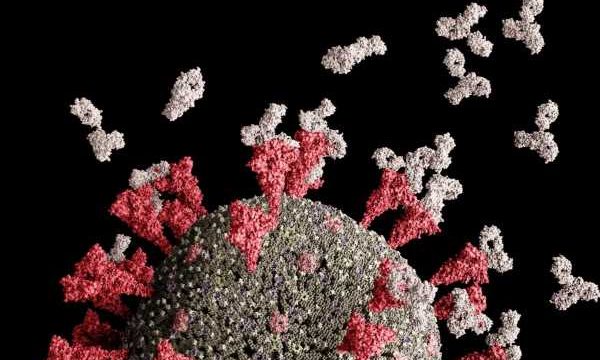 Previous studies have described broadly neutralizing mAbs against beta-coronaviruses, including SARS-CoV and severe acute respiratory syndrome coronavirus 2 (SARS-CoV-2). They typically target the stem helix of the receptor-binding domain (RBD). However, studies have not yet reported mAbs with the broad neutralizing potential against all hCoVs which might help guide the design of next-generation coronavirus disease 2019 (COVID-19) vaccines.

In the present study, researchers isolated total peripheral blood mononuclear cells (PBMCs) from SARS-CoV-2 immune donors to selectively induce the proliferation and differentiation of memory B cells. They performed an enzyme-linked immunosorbent assay (ELISA) to screen the specificities of immunoglobulin G (IgGs) secreted in the PBMC culture supernatants. Further, the team compared the binding properties of mature mAbs to their unmutated common ancestors (UCAs).

The researchers also performed substitution scan analysis on the six clonally unrelated mAbs. They also determined the crystal structures of fragment antigen-binding (Fabs), C13B8, C13C9, C77G12, VN01H1, and VP12E7, in complex with the FP sequence, K811PSKRSFIEDLLFNK825 at multiple resolutions. Notably, this sequence in the SARS-CoV-2 S2 subunit is highly conserved among all genera of the Orthocoronavirinae subfamily, including all SARS-CoV-2 variants sequenced to date.

Nearly all FP-reactive mAbs bound to SARS-CoV-2 S; however, only nine out of 30 were broadly reactive, and the remaining mAbs showed different degrees of cross-reactivity. Notably, only three out of the seven Group 3 mAbs cross-reacted with the PDCoV and infectious bronchitis virus (IBV) FPs.

Furthermore, most of all these mAbs bound more tightly to the prefusion SARS-CoV-2 S trimer without stabilizing proline substitution in the FP. Also, they had greater avidity to prefusion SARS-CoV-2 S2 than postfusion S2. The authors also observed that broadly reactive FP-specific mAbs could mature through multiple pathways. Also, they acquired high affinity and cross-reactivity through somatic mutations, likely due to priming by endemic hCoV infection followed by boosting due to SARS-CoV-2 infection or vaccination.

Superimposition of the Fab-FP complexes with prefusion S structure revealed that the targeted epitope was buried toward the S's core and was therefore inaccessible. The epitope recognized by FP-specific mAbs was cryptic and became accessible only transiently. It became accessible upon receptor-induced S conformational changes in sarbecoviruses, SARS-CoV-2, SARS-CoV, and merbecovirus Middle Eastern Respiratory Syndrome (MERS-CoV). Conversely, it was more readily accessible in the alphacoronaviruses 229E and NL63, likely due to irregular molecular breathing in these S trimers. Intriguingly, the neutralizing activity of some FP-specific mAbs was low when used alone; however, they synergized with antibodies that favored the exposure of the FP region in a polyclonal setting (e.g., C77G12 and S2E12).

In the past, broadly neutralizing mAbs targeting the FP region of influenza and human immunodeficiency virus (HIV) have guided the design of a universal vaccine against these distinctly different pathogens. The FP region is conserved in the Orthocoronavirinae subfamily, thus, providing a rationale for developing a vaccine that is effective against all hCOVs. Also, current mRNA vaccines may be suboptimal in inducing antibody responses against the FP region as they abolish receptor-induced exposure to the FP. Overall, neutralizing mAbs identified in the current study sheds light on ACE2-triggered conformational change that restricts the immunogenicity of the highly conserved FP region. The study findings are highly relevant for next-generation COVID-19 vaccine design.