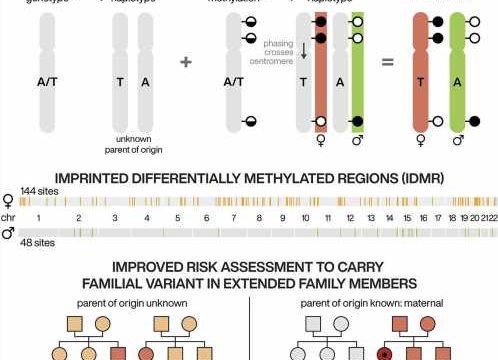 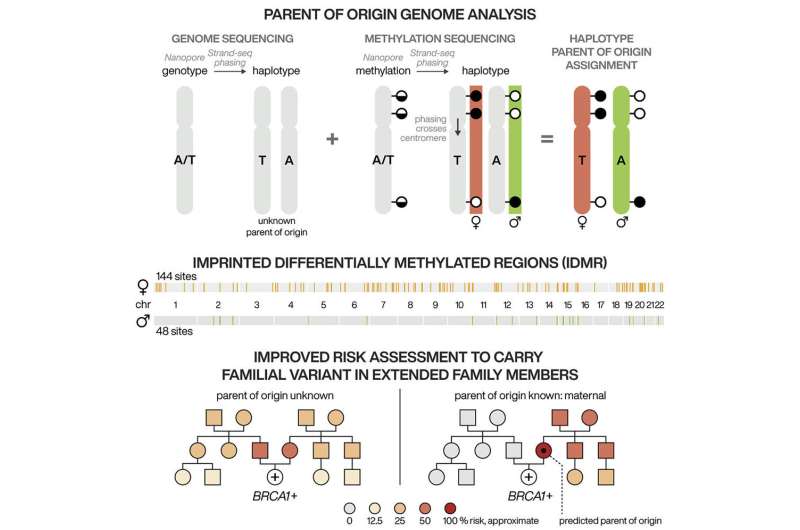 Researchers at the BC Cancer Research Institute have made an advancement in genetic testing that allows for more accurate prediction of which parent’s genes led to an individual’s increased cancer risk. This improves the efficiency of familial testing strategies and could eliminate concern for patients at high risk of cancer caused by genes inherited from a parent.

The approach was spearheaded by Vahid Akbari and Dr. Steven Jones at Canada’s Michael Smith Genome Sciences Centre (GSC) at BC Cancer, and by Vincent Hanlon and Dr. Peter Lansdorp at the BC Cancer Research Institute’s Terry Fox Laboratory. The new test confirms whether a cancer predisposing gene variant is present in a patient, and can determine whether the variant was inherited from the mother or the father—an understanding that was not possible until now.

The research is published today in Cell Genomics.

“Being able to assign the parent of origin to cancer variants allows us to rapidly identify other family members who may be at risk,” says Dr. Kasmintan Schrader, co-medical director of the Provincial Hereditary Cancer Program at BC Cancer, assistant professor of medical genetics at the University of British Columbia (UBC) and a co-author of the study. “Allowing us to focus on one side of the family will help save lives by concentrating on prevention efforts. This new approach will eliminate the unnecessary psychological burden of needing to test family members on the other side who are not at an increased risk, reduce the need for clinical counseling and focus resources on identifying and supporting those truly at risk.”

Dr. Steven Jones, co-director of the Genome Sciences Centre and professor of medical genetics at UBC, adds, “The approach has been enabled by new long-read sequencing technology which can sequence not only DNA but also determine subtle functional alterations to DNA.” Unlike other DNA sequencing approaches, this approach uses thousands of microscopically small pores to determine the sequence of DNA as it travels through them.

“All of our chromosomes have marks that are indicative of whether the chromosome came from our mother or our father,” says Dr. Louis Lefebvre, associate professor of medical genetics at UBC and co-author of the paper. “The challenge is that over the three billion base pairs that represent our genome, only approximately 190 tiny regions contain these parental marks.” Technology developed by Dr. Lansdorp provided the final missing piece, allowing these tiny regions to be linked to entire chromosomes.

For certain patients, the promise of this test might be more profound. Those bearing damaging variants of the SDHD or SDHAF2 genes are at very high risk of developing certain cancers over their lifetime, but only if the defective gene is inherited from their father. If it is inherited from the mother, the patient has no increased risk. For those at risk, they face a lifetime of regular screening and testing to identify tumors early.