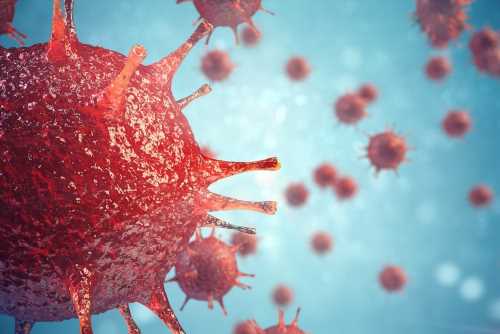 In a recent study published in PLOS Pathogens, researchers illustrated a novel strategy likely employed by viruses to promote infection.

Viruses likely inhibit a host cell stress response by blocking the accumulation of stress granules (SGs). SGs are 'sinks' or ribonucleic acid (mRNA) and protein condensates in host cells that seize viral proteins and RNA to likely delay virus infection. Though many viruses employ this strategy, studies have not been able to explain how it benefits different viruses.

In one of their previous studies, the researchers observed that CrPV-1A blocked SGs in human cells. In the present study, they set out to determine whether common mechanisms for SG inhibition by CrPV-1A exist in different host species.

Further, they systematically delineated the functions of CrPV-1A via specific single or combinatorial mutations within R146A, a CrPV-1A reporter RNA, to demonstrate its ability to block SG formation was independent of its ability to bind to Argonaute-2 (Ago-2).

The 166 amino acids (AA) long CrPV-1A protein modulates SG functions in multiple ways, for instance, by modulating nuclear events, including messenger RNA (mRNA) export and transcription by enrichment of polyadenylation or poly(A) tail in the nucleus. Since mRNAs are a scaffold for SG assembly, the enrichment of poly (A)+ tail in the nucleus in CrPV-1A expressing cells might block host mRNA translation and antiviral responses or deplete cytoplasmic mRNA leading to the inhibition of SGs. This strategy is somewhat similar to how polymerase-acidic protein-X (PA-X) protein of the influenza virus inhibits SG formation parallelly with depletion of poly(A) RNA in cytoplasm and nuclear accretion of poly(A)-binging protein (PABP).

Regarding domains of CrPV-1A that mediate specific cellular functions, the researchers noted that CrPV-1A bound Ago-2 using the targeting argonaute for the loss of silencing (TALOS) domain. However, the degradation of Ago-2 was dependent on the recruitment of the Cul2-Rbx1-Elongin B and C (EloBC) ubiquitin ligase complex. Intriguingly, not the TALOS domain but mutations in the BC Box domain contributed to the enrichment of nuclear poly(A)+ mRNA resulting in poorer SG inhibition by CrPV-1A. Clearly, the recruitment of ubiquitin ligase complex was a mandate for CrPV-1A mediated effects on SG inhibition.

Insects, such as Drosophila, employ a ‘Swiss-army knife’ approach to block the antiviral response, including RNA metabolism and SG formation, all of which facilitate infection.

Recent studies have shown that Nup358, a unit of the cytoplasmic strand of the nuclear pore complex (NPC), localizes to SGs and facilitates the transport of mRNA and protein. In this way, it plays a prominent role in viral infections. Nup358 levels decreased in CrPV-1A-infected cells, and their depletion resulted in SG inhibition.

The researchers also noted that CrPV infection also required proteasome activity. Moreover, these effects were R146-dependent, AA residues nested within the CrPV-1A C-terminal tail. The study model also showed that this C-terminal tail of CrPV-1A interacted indirectly or directly with Nup358 to mediate proteosome-dependent degradation by the Cul2-Rbx1-EloBC complex.

Immunoblotting for Nup358 in S2 cells showed a protein band at >245 kDa, undetected in Nup358 dsRNA-treated cells, confirming RNAi-mediated depletion of Nup358. The Nup358 depletion had multiple other effects. For instance, pateamine A treatment of Nup358-depleted cells decreased the number of RIN foci per cell.

Similarly, arsenite treatment resulted in a ~40% decrease in RIN foci per cell compared to control dsRNA-treated cells. The depletion of NXF1, a critical RNA transport factor, resulted in the loss of SGs. Together, these results showed that blocking mRNA export via Nup358, or in general, could lead to SG inhibition.

Overall, the current study provided mechanistic insights into viral protein-mediated SG inhibition, a viral strategy that has not yet been explored completely but that promotes viral infections.

Sequencing studies have not revealed any conservation between CrPV-1A and other dicistrovirus 1A proteins, yet, some may have similar functions. It would be interesting if future studies determine how these two viral proteins act similarly at the domain-specific level to establish a productive infection in the host. Furthermore, future studies should comprehensively investigate the CrPV-1A/Nup358 interactions and whether the ubiquitination of Nup358 is essential for SG degradation.