“Significant failings” by the Department of Health and Social Care (DHSC) in handling contracts also led to a surplus of four billion unneeded items, some of which will be burned, according to a report by the PublicAccounts Committee (PAC). 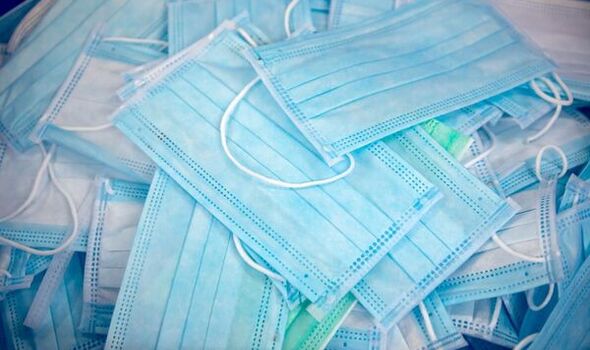 The powerful group, which scrutinises government spending, criticised the DHSC for taking little action against potentially fraudulent suppliers, despite an estimated five per cent of PPE expenditure involving fraud.

As the DHSC failed to carry out sufficient checks before agreeing some contracts, it was paralysed from acting against suppliers who “may have made excessive profits whilst providing substandard PPE,” the PAC said.

Progress on resolving disputes on 176 contracts worth up to £2.7billion is slow, with no cases being moved into the litigation stage. Committee chairwoman Dame Meg Hillier said: “The departure from normal approaches to due diligence, record keeping, decision making and accountability in relation to PPE contracts puts a stain on the UK’s response to the pandemic.

“Even if you accept that some proper procedure will have to slip in times of crisis, the complete collapse of some of the most well-established civil service practices beggars belief. The taxpayer will be paying for these decisions for years to come.”

It is spending around £7million a month on storing the excess equipment, much of which is faulty or past its use-by date.

These are kept at 70 locations across the UK and China, with the department failing to set up a catalogue system that allows it to fully track what it has and where.

MPs on the committee said the Department of Health should set out how much it intends to sell, donate, recycle and incinerate, and should establish an effective stock management system.

They also urged the Government to put more robust and transparent practices in place because a rapid procurement on this scale might be necessary again in the future.

The committee previously said the DHSC lost 75 per cent of the £12billion it spent on PPE in the first year of the coronavirus pandemic to “obscenely inflated prices” and faulty kit.