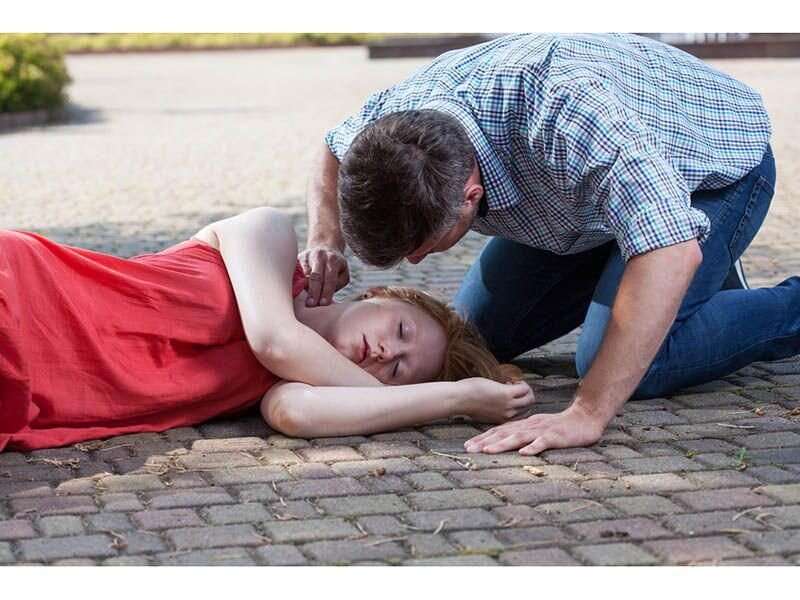 A medical emergency can happen at any moment. Will you be prepared?

Nearly half of American adults will not, according to a new poll from the American College of Emergency Physicians (ACEP) and Morning Consult.

About 76% felt prepared to communicate with a 911 operator, but only 55% said they could provide hands-only cardiopulmonary resuscitation (CPR).

Meanwhile, just 47% said they were prepared to apply a tourniquet to control severe bleeding, the same number who said they could move a victim to safety. Fewer than 29% said they felt prepared to use an automatic external defibrillator (AED).

“A medical emergency can happen at any time and quick action by a bystander can be the difference between life or death,” said ACEP president Dr. Christopher Kang. “Everyone can learn some easy steps to take so that they can help in an emergency.”

About 83% of adults who’ve had some kind of emergency training say they’re willing to act during a medical crisis while waiting for professional emergency responders to arrive.

The ACEP noted that the heart stops during cardiac arrest, which means blood isn’t flowing to the brain and vital organs, and brain cells start to die in minutes. Response by bystanders is critical.

Nearly 90% of cardiac arrests that happen outside of a hospital are fatal, according to the U.S. National Heart, Lung, and Blood Institute.

CPR performed in the first few minutes of cardiac arrest can double or triple the likelihood that a person will survive, according to the U.S. Centers for Disease Control and Prevention.

While a person may still be able to talk or breathe during a heart attack, it’s not the same as a cardiac arrest, the ACEP noted. A person who has had a heart attack should only be given CPR if they lose consciousness, do not have a pulse or stop breathing.

If a bystander witnesses an apparent cardiac arrest, the bystander should verify the scene is safe, call 911 or ask another person to do so, and then start CPR or use an available AED as soon as possible.

ACEP is partnering with the American Red Cross on an education program called Until Help Arrives, which will launch within the next month.

“Rapid response significantly increases the chances a person survives an emergency like cardiac arrest,” Kang said in an ACEP news release. “Most cardiac arrests that take place outside of a hospital happen inside the home. Knowing how to give CPR or use an AED could save somebody very close to you.”