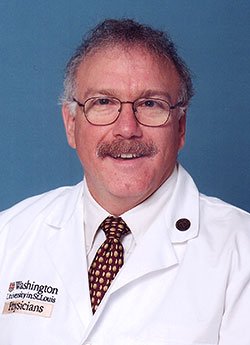 Daniel D. Picus, MD, a professor of radiology at Washington University School of Medicine in St. Louis, has been awarded a Gold Medal from the Society of Interventional Radiology. The award was given in recognition of his distinguished and extraordinary service to the society as well as his achievements in advancing the quality of medicine and patient care through interventional radiology. The Gold Medal is the society’s highest honor. Picus received the award at the society’s annual meeting in Austin.

After stepping down as head of vascular and interventional radiology, Picus took on the role of senior vice chair and director of the division of diagnostic imaging at MIR from 2001 to 2017. In recent years, Picus has turned his focus to medical coding and reimbursement. His contributions to that field recently were recognized by the American Medical Association, which awarded him the Burgess Gordon Memorial Award. Picus is a fellow of the American College of Radiology, the American Heart Association, and the Society of Interventional Radiology, and a former editor-in-chief of the society’s Journal of Vascular and Interventional Radiology.