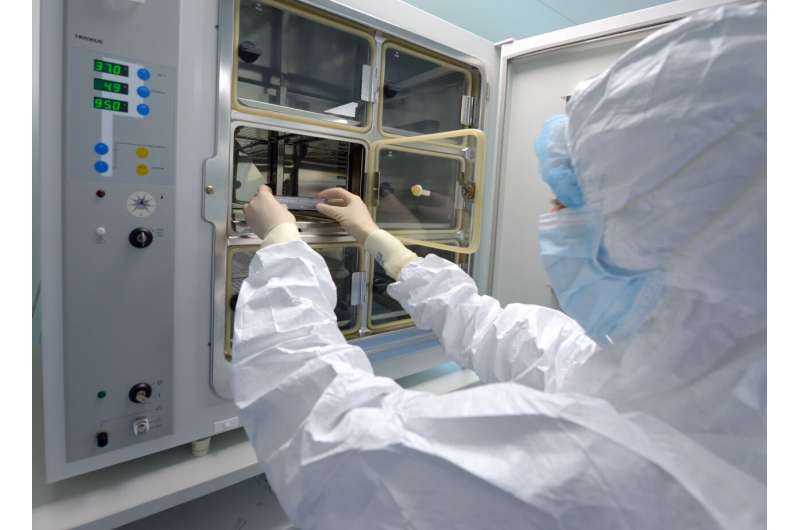 A patient’s own immune cells, multiplied into an army of billions of immune cells in a lab, can be used as a living medicine against metastatic melanoma, an aggressive form of skin cancer, as the TIL trial has shown. The TIL trial is the world’s first comparative phase 3 trial looking into the effect of T cell therapy in melanoma, and solid tumors in general.

Now that the results have come in, the Dutch National Health Care Institute will assess whether TIL therapy could become a standard treatment, meaning that it will be covered by basic health insurance. The results are published in the New England Journal of Medicine (NEJM). The trial was headed by the Netherlands Cancer Institute in collaboration with the National Center for Cancer Immune Therapy in Copenhagen.

Medical oncologist John Haanen from the Netherlands Cancer Institute, who is leading the TIL trial, is very happy with the results: “Remember: these are patients with metastatic melanoma. Ten years ago, melanoma was so deadly that I would be seeing an entirely new patient population every year. Now I’ve been seeing some patients for ten years. This is largely due to the discovery of immunotherapy, which has revolutionized treatment for melanomas.”

“But we still find that about half of people diagnosed with metastatic melanoma lose their lives within five years, so we’re still not where we want to be—not by a long shot. The TIL trial has shown that cell therapy using the patient’s own immune cells is an extremely powerful immunotherapy for metastatic melanoma, and that this therapy still offers a high chance of improvement, even if other immunotherapies fail.”

A melanoma is an aggressive form of skin cancer with a high rate of occurrence Ten years ago, a diagnosis with metastatic melanoma would almost certainly lead to death within the same year. In early clinical trials, cell therapy using the patient’s own T cells as a “living drug” showed promising results.

However, a comparative phase 3 trial would be necessary to include TIL therapy in the arsenal of regular treatments, and no such trial had ever been conducted. Medical oncologist John Haanen from the Netherlands Cancer Institute decided to take on this task by initiating an international trial in 2014: the TIL trial, which compared TIL therapy to standard immunotherapy with the checkpoint inhibitor ipilimumab. The results of the TIL trial will now be presented at the annual conference of the European Society for Medical Oncology.

Metastases smaller in half of the patient group

These percentages were significantly higher than those among the patient group receiving standard immunotherapy (ipilimumab). In the latter group, metastases had shrunk in 21% of patients, while 7% saw a disappearance of the condition.

Progression-free survival after six months is 53%

The progression-free survival, which refers to the percentage of patients who do not experience disease progression after a specified time period, was 53% after six months for patients receiving TIL therapy, and 21% in the control group.

At a median follow-up time of 33 months for all patients, the median progression-free survival of patients who had received TIL therapy was significantly better (7 months) than that of patients treated with ipilimumab (3 months).

While assessing a treatment’s efficacy, more clinical trials nowadays also consider the patients’ quality of life. Patients treated with TIL scored better in this area than those treated with ipilimumab. This applied to their general physical and emotional functioning as well as symptoms like fatigue, pain, or insomnia.

“We also looked at whether they could resume their careers and noticed that people were going back to work,” says physician-scientist Maartje Rohaan, who coordinated the trial. “That’s wonderful to see.” The differences in quality of life between the TIL patients and the control group were still visible after 60 weeks. As an added bonus, TIL therapy is much more cost-effective than immunotherapy with ipilimumab.

The trial compared TIL therapy to a different type of immunotherapy using checkpoint inhibitor ipilimumab, which is a drug that reactivates the body’s T cells that have been thwarted by the tumor so they can continue to kill the tumor cells. In 2014, when the TIL trial started, this was the only registered immunotherapy for patients with metastatic melanomas.

Research leader Haanen says, “We have to remember that this form of immunotherapy has also experienced a lot of development in recent years, with more and more research looking to find more effective treatments for metastatic melanoma, even for patients who have already received treatment without the desired effects.”

“The results of the TIL trial are a good addition to this. We have shown that treatment using the patient’s own T cells that have been multiplied outside the body, can be very effective in patients with metastatic melanoma, even if previous systemic treatment failed.”

Not an easy treatment

The TIL therapy itself, a one-time treatment, is not easy on the patient. All TIL patients experienced side effects to some degree, as did 96% of patients treated with ipilimumab. The side effects of the TIL therapy are usually not caused by the T cells themselves, but rather by the chemotherapy pre-treatment, which is required to make room for the billions of T cells, and by the rapidly successive post-treatments with growth factor interleukin-2, which ensures rapid growth of the T cells. This can lead to high fevers and chills.

Haanen says, “In the future we would like to find a way to avoid the use of high dose interleukin-2 by developing a more precise form of the treatment by using a growth factor that causes fewer side effects.”

What do these results mean for patients with metastatic melanomas?

Now that the phase III trial has concluded with positive results, the researchers want the treatment to be covered by basic health insurance, making it accessible to patients in the Netherlands. The Dutch National Health Care Institute is currently assessing whether TIL therapy meets the requirements (in terms of science and clinical practice as well as cost-effectiveness) so it can be included as a standard treatment in the basic health insurance package.

Patients in the Netherlands can participate in the TIL trial until the end of 2022, through a referral by their practicing physician. Treatment as part of this trial will be covered by basic health insurance. Now that the TIL therapy is proven to be effective, patients will no longer be randomized, meaning that all patients automatically receive TIL therapy if they meet certain criteria.

One thing that makes T cell therapy unique, is that this “living medicine,” the patient’s own T cells, is produced at the Netherlands Cancer Institute itself, and not, as is often seen, at a pharmaceutical company. This is also known as ‘academic pharma’.

T cell therapies must be produced under extremely strict, hygienic conditions. To facilitate this, the Netherlands Cancer Institute has set up a special Biotherapeutics Unit. In order to be able to produce TIL for the European market following the results of the trial, the EMA, European Medicines Agency, must first give its approval. The way in which production is to take place outside the Netherlands will also be examined.